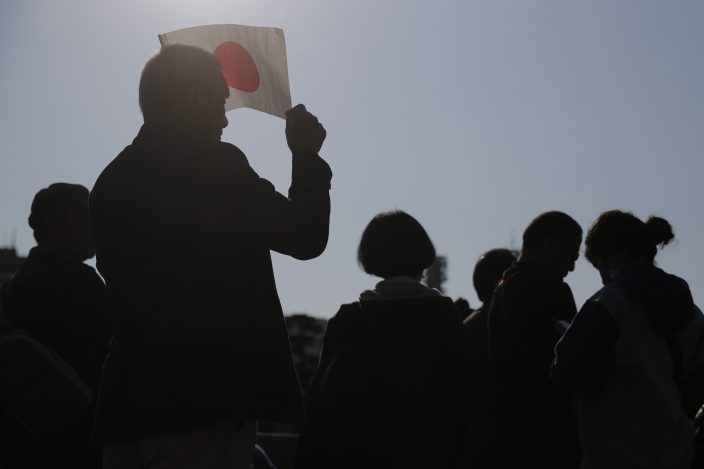 DAMS-LEGACY OF NEGLECT _ The Associated Press finds that thousands of people in the U.S. may be at risk from aging dams that are in poor condition. A more than two-year investigation identified 1,688 dams in 44 states and Puerto Rico that were in unsatisfactory or poor condition as of last year and categorized as high hazard because of the likelihood that people could die if they failed. By David A. Lieb, Michael Casey and Michelle Minkoff. SENT: 3,200 words, photos. With DAMS-LEGACY OF NEGLECT-GRANTS _ New federal grant program allots $10 million for dams in 26 states (sent).

TRUMP-IMPEACHMENT-REPUBLICANS _ Republicans have no unified argument in the impeachment inquiry of Donald Trump, in large part because they can't agree on how best to defend the president — or for some, if they should. That would require a level of consensus that Trump's call with the Ukraine president was "perfect," as he insists. Or it would take a measure of GOP independence from Trump to suggest there may be a need to investigate. Instead, it's every Republican for himself or herself as public hearing are set to begin. By Congressional Correspondent Lisa Mascaro. SENT: 960 words, photos, video. With TRUMP-IMPEACHMENT-WHAT'S NEXT _ What You Need to Know: Democrats and Republicans tussle over witnesses; TRUMP-SPORTS _ Trump soaks in Deep South cheers at college football matchup (both sent).

BOOKS-JOHN BOLTON _ Former national security adviser John Bolton has a book deal, The Associated Press has learned. The hawkish Bolton departed in September because of numerous foreign policy disagreements with President Donald Trump. He reached a deal over the past few weeks with Simon & Schuster, according to three publishing officials with knowledge of negotiations. By National Writer Hillel Italie. SENT: 470 words, photos.

IRAN-OIL _ Iran discovers a new oil field in the country's south with over 50 billion barrels of crude oil, its president says, a find that could boost the country's proven reserves by a third as it struggles to sell energy abroad over U.S. sanctions. By Amir Vahdat. SENT: 410 words.

SPAIN-ELECTION _ Spaniards were voting in the country's fourth election in as many years with Catalonia's secession drive and the predicted rise of a far-right party dominating the campaign. The election was called by incumbent Socialist Prime Minister Pedro Sánchez, who won the most votes in the last ballot in April but failed to whip up enough parliamentary support to form a government. By Ciaran Giles. SENT: 370 words, photos. With SPAIN-ELECTION-THE LATEST.

MISSING COLLEGE STUDENT _ A day after a missing Clark Atlanta University student was found dead in a Georgia park, police have arrested the victim's roommate and the roommate's boyfriend. SENT: 140 words.

ROCKEFELLER CENTER CHRISTMAS TREE _ A Norway spruce that was purchased as a sapling 60 years ago has been installed at New York City's Rockefeller Center as the anchor of the upcoming Christmas festivities. SENT: 130 words, photos.

PASSENGER ARRESTED-SEXUAL ASSAULT _ A Utah man faces a sexual assault charge after a woman sitting next to him on a flight says he groped her. SENT: 250 words.

HONG KONG PROTESTS _ Protesters smashed windows in a subway station and a shopping mall and police made arrests in areas across Hong Kong amid anger over a demonstrator's death and the arrest of pro-democracy lawmakers. SENT: 560 words, photos.

CAMBODIA-OPPOSITION _ A Cambodian court lifts some restrictions on detained opposition leader Kem Sokha, essentially freeing him from house arrest and taking some of the spotlight off his exiled colleague who is attempting to return to the country. SENT: 800 words, photo.

MEXICO-BORDER KILLINGS-FAMILIES _ An 18-vehicle caravan carrying about 100 members of an offshoot Mormon community leaving their homes after a violent attack in Mexico arrives in Arizona. The families came nearly a week after the attack Monday in which nine women and children were killed by what authorities said were hit men from drug cartels. SENT: 720 words, photos. With MEXICO-BORDER KILLINGS _ Last victim of Mexico border killings buried as others leave (sent).

MANAFORT-FORMER SON-IN-LAW _ The former son-in-law of Paul Manafort has been sentenced in Los Angeles to nine years in prison for a series of schemes, including one that bilked $3 million from actor Dustin Hoffman. SENT: 350 words.

SAUDI-ARAMCO _ Saudi Arabia's state-owned oil giant Aramco released a lengthy document that lays the ground for investors to buy into the world's most profitable company, but it remains unknown how much is on offer. In its preliminary prospectus, Aramco revealed that it will sell up to 0.5% of its shares to individual retail investors. SENT: 660 words, photos.

ALLEN-AMAZON _ Woody Allen and Amazon.com have ended their legal battle. The filmmaker had sued Amazon in February after the online giant ended his 2017 contract without ever releasing a completed film, "A Rainy Day in New York." SENT: 150 words.