The chairman of the Joint Chiefs of Staff says about 500 or 600 U.S. troops will remain in Syria to counter Islamic State fighters.

President Donald Trump recently approved an expanded military mission to secure oil fields across eastern Syria. His decision locked hundreds of U.S. troops into a more complicated presence in Syria despite his pledge to bring them home.

Gen. Mark Milley (MIHL'-ee) tells ABC's "This Week" that pressure must be maintained on IS fighters still in the region. 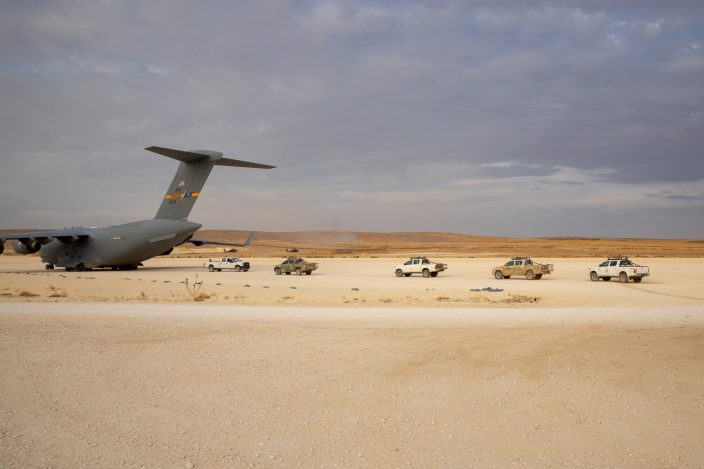 In this Oct. 25, 2019, photo, released by the U.S. Army Reserve, pickup trucks are vehicles lined up to be loaded onto a cargo plane as part of the deliberate withdrawal of coalition forces from northern Syria at the Kobani Landing Zone (KLZ). Pivoting from the dramatic killing of the Islamic State group's leader, the Pentagon is increasing U.S. efforts to protect Syria's oil fields from the extremist group as well as from Syria itself and the country's Russian allies. It's a new high-stakes mission even as American troops are withdrawn from other parts of the country.(U.S. Army Reserve photo by Staff Sgt. Joshua Hammock via AP)

It's unclear whether Milley's prediction of keeping 500 to 600 American troops there includes the roughly 200 who are at the al-Tanf garrison in southern Syria.

There were mass cremations of bodi ...

US hits Syria's elite with new sanctions under Caesar Act

General: US committed to Syria fight; Missions up against IS