Italy coach Roberto Mancini says he prefers to recall Mario Balotelli for his qualities as a player, not as a message against racism.

Balotelli has not been called up by Mancini in more than a year but Italian soccer federation president Gabriele Gravina has said naming him in the squad would send a strong message after the Brescia forward was racially abused recently.

Mancini said Monday that "if Balotelli gets another chance, it will be because he deserves it from a technical point of view." 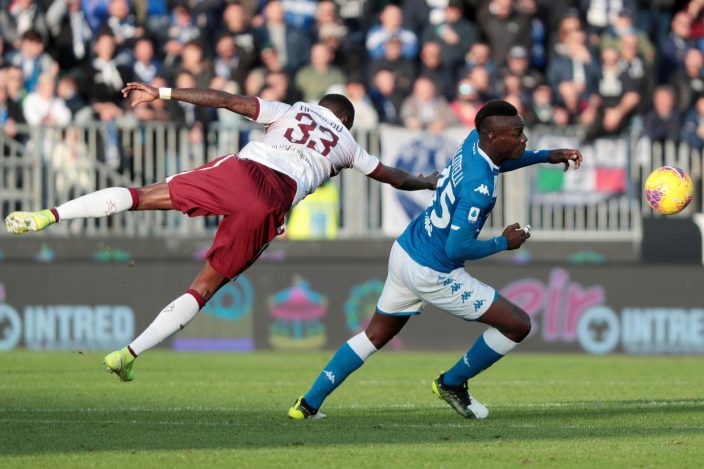 Brescia's Mario Balotelli and Torino's Nicolas N'Koulou, left, go for the ball during the Serie A soccer match between Brescia and Torino at the Mario Rigamonti Stadium in Brescia, Italy, Saturday, Nov. 9, 2019. (Filippo VeneziaANSA via AP)

Balotelli was included in Mancini's first two squads but again was omitted from upcoming European qualifiers against Bosnia-Herzegovina and Armenia.

Balotelli has long said his goal is to rejoin the national team for next year's European Championship.

The 29-year-old striker has scored two goals in seven matches this season. 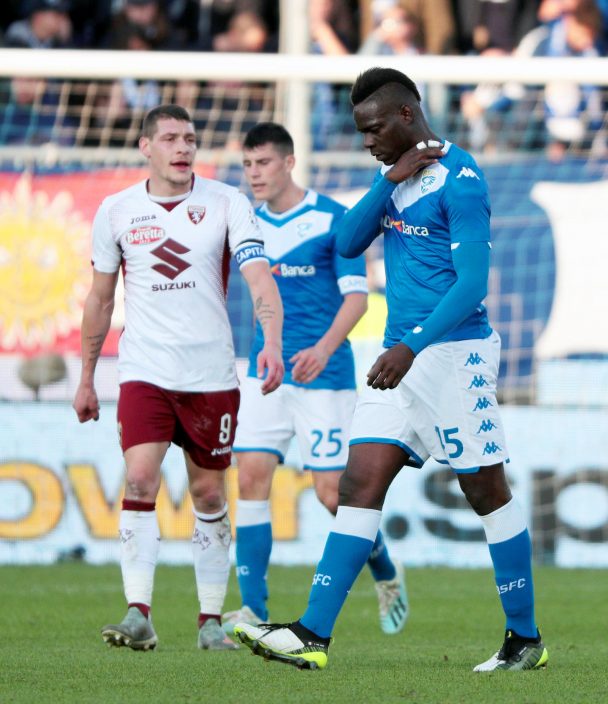 Brescia's Mario Balotelli, right, walks on the pitch during the Serie A soccer match between Brescia and Torino at the Mario Rigamonti Stadium in Brescia, Italy, Saturday, Nov. 9, 2019. (Filippo VeneziaANSA via AP)