Christian Pulisic is uncertain for the United States' CONCACAF Nations League games against Canada and Cuba after leaving Chelsea's match against Crystal Palace with a hip injury.

The 21-year-old attacker from Hershey, Pennsylvania, appeared to get hurt when he scored his fifth goal in three Premier League matches, colliding with goalkeeper Vicente Guaita during a header in the 79th minute Saturday. Pulisic became just the fourth American to score in three straight EPL games, after Roy Wegerle, Joe Max-Moore and Clint Dempsey.

The U.S. Soccer Federation said Monday that Pulisic continues to be evaluated and no decision has been made whether he will join the U.S. camp in Orlando, Florida. 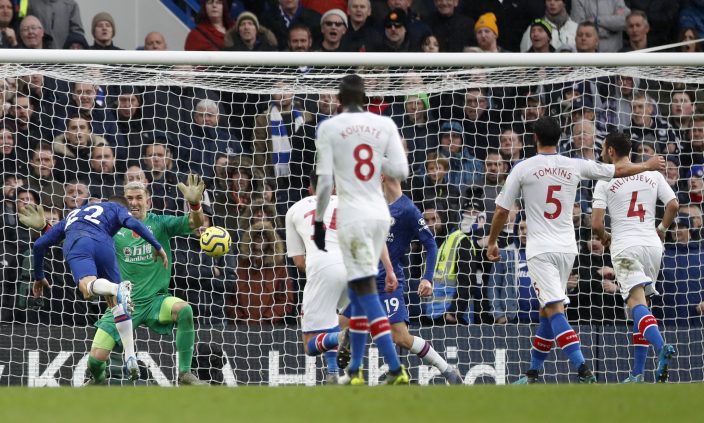 Toronto midfielder Michael Bradley was to have been on the roster but was dropped when he hurt his right ankle during Sunday's Major League Soccer title game.

Seattle midfielder Christian Roldan and forward Jordan Morris were added to the 23-man roster after the Sounders' 3-1 win over Toronto.

The U.S. plays Canada in Orlando on Friday and meets Cuba four days later at George Town, Cayman Islands. To advance to the Nations League semifinals, the Americans (1-1) must win both games and make up a goal difference of four against Canada (3-0).

Outside back Sergiño Dest could make his senior national team competitive debut after deciding to stay with the U.S. program rather than switch to the Netherlands.

For the first time in months, viru ...

Expert says Assange a suicide risk if extradited to the ...

Julian Assange is very likely to a ...