Yordan Àlvarez of the Houston Astros has been unanimously chosen AL Rookie of the Year.

The 22-year-old from Cuba ranked second among AL rookies with 27 homers despite playing 87 games after debuting in June. He batted .313, drove in 78 runs and had a 1.067 OPS for the pennant-winning Astros. He struggled at times in the postseason, but that was after voting had concluded. 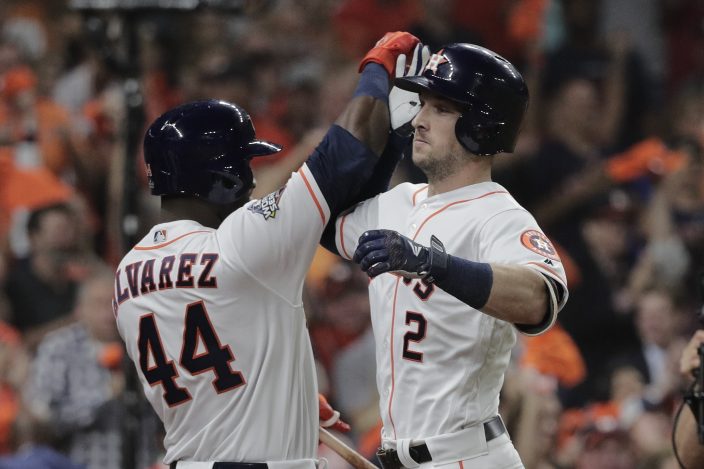 Houston Astros' Alex Bregman is congratulated by Yordan Alvarez after hitting a home run during the first inning of Game 6 of the baseball World Series against the Washington Nationals Tuesday, Oct. 29, 2019, in Houston. (AP PhotoDavid J. Phillip)

He's the third Houston player to win the award, following teammate Carlos Correa in 2015 and Hall of Famer Jeff Bagwell in 1991. 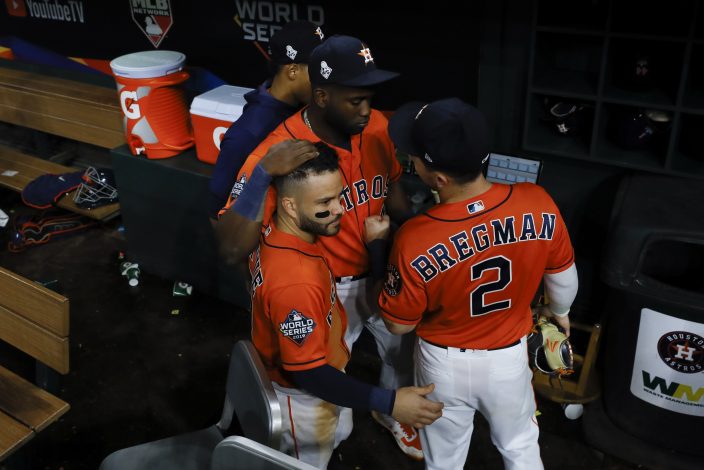