Salah has an ankle injury and was ruled out of the Egyptian squad for games against Kenya on Thursday and Comoros on Monday.

The federation's statement says Egypt coach Hossam el-Badry met with Salah, who stressed his commitment to play for the Pharaohs. That's despite occasionally strained relations with the federation that go back to the World Cup in Russia last year. 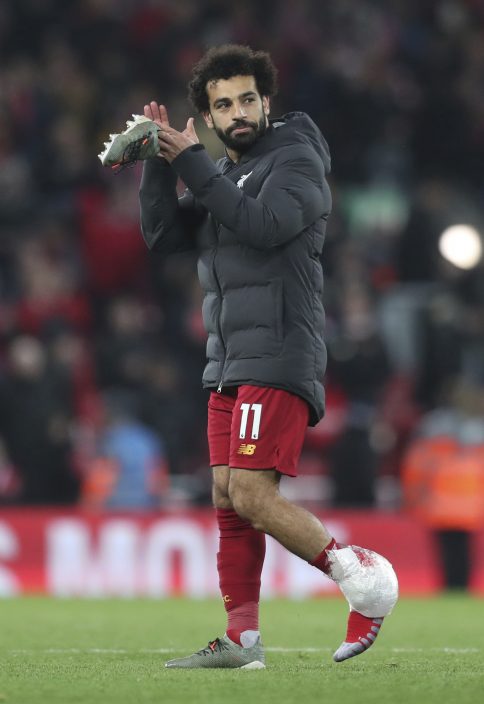 Salah watched his teammates train near Alexandria on Tuesday with the federation tweeting a photo of Salah wearing a protective boot on his left foot.

The 27-year-old Salah has struggled with a nagging ankle injury the last month. He started and scored in Premier League leader Liverpool's 3-1 win over defending champion Manchester City on Sunday, coming off in the 87th minute.

Egypt is in Group G, which also includes Togo.