Adam Werner made 40 saves in his NHL debut and Nathan MacKinnon finished with two goals and two assists as the Colorado Avalanche extended their winning streak to three games with a 4-0 victory over the Winnipeg Jets on Tuesday night.

Werner's shutout is shared with Pavel Francouz, who started but only lasted 31 seconds before getting injured.

Francouz was run into by an off-balance Mark Scheifele. He fell back and hit his head on the ice. Francouz went to the dressing room and the 22-year-old Werner stepped in for his first NHL game. 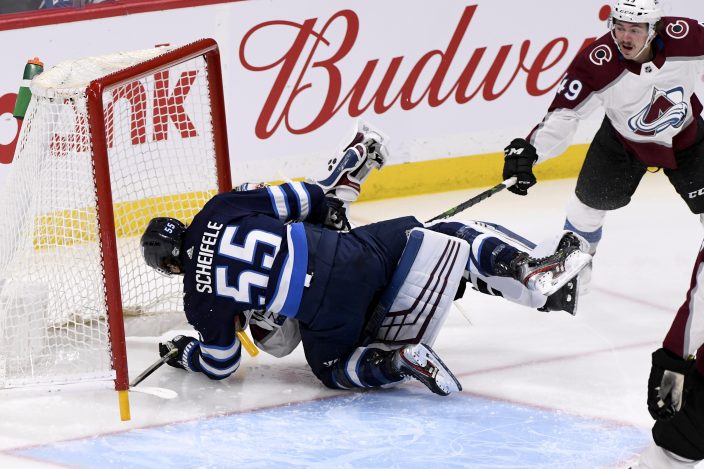 Rookie defenseman Cale Makar opened the scoring for the Avalanche (11-5-2). Joonas Donskoi had a goal and two assists, and Matt Calvert contributed a pair of assists.

Makar has 18 points in 18 games to lead all NHL rookies. He is also on a four-game point streak with four goals and three assists. 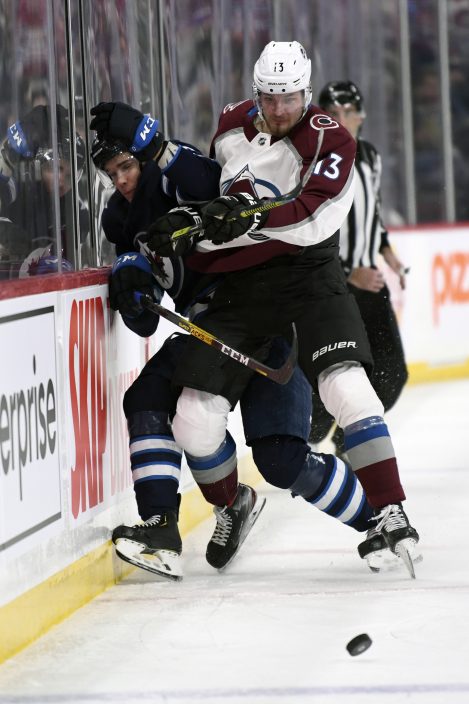 Connor Hellebuyck made 21 saves for Winnipeg, which went 2-1-1 on a four-game homestand.

Starting goalie Philipp Grubauer missed his third straight game with a lower-body injury. He did take part in some of the team's practice on Monday. Top-line forwards Mikko Rantanen and Gabriel Landeskog remain sidelined. 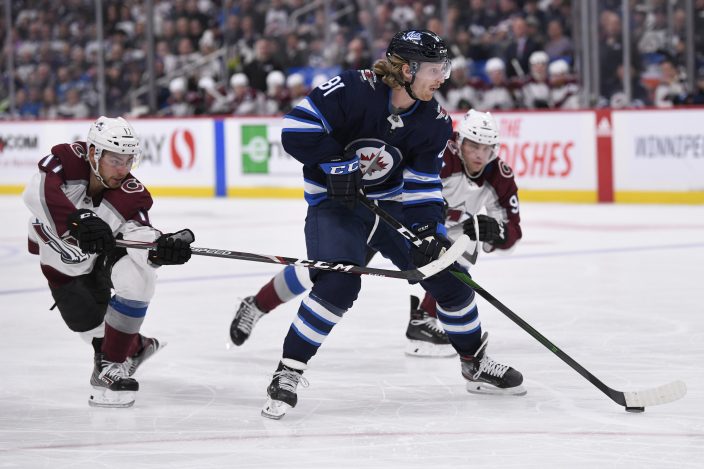 Colorado, which was starting a five-game trip, led 1-0 after the first period and held that lead after two.

The Avalanche had two power plays in the opening period, including Scheifele's for goaltender interference. Makar hit the crossbar during the second man-advantage.

Makar scored when he got around Jets forward Mathieu Perreault and paused a moment before putting a low shot past Hellebuyck at 19:01. 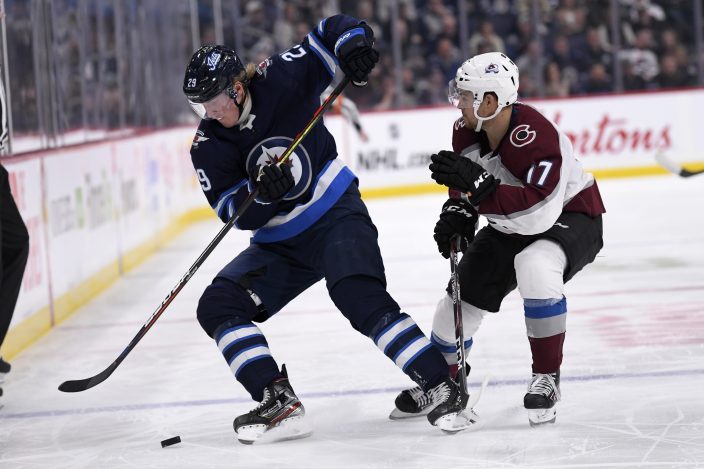 Werner made a snapping glove save when Winnipeg sharpshooter Patrik Laine blasted a one-timer at him during a first-period power play.

MacKinnon quickly gave the Avalanche a 2-0 lead when he scored his 10th of the season 18 seconds into the third period and added a second at 7:13. Donskoi finished off the scoring with a goal off a rebound at 13:13.

NOTES: Called up from the Eagles, Colorado's AHL affiliate, on Nov. 7, Werner faced a 2-on-1 of Scheifele and Kyle Connor late in the second, and stopped a shot by Connor.

Avalanche: At Edmonton Oilers on Thursday.

Jets: Start a four-game trip in Florida against the Panthers on Thursday.

Panthers rally from 4 down, beat Bruins 5-4 in shootout