Elias Pettersson scored two goals on his 21st birthday and the Vancouver Canucks snapped a four-game winless streak with a 5-3 win over the Nashville Predators on Tuesday night.

Tanner Pearson also scored twice for Vancouver, his second into an empty net. Adam Gaudette also scored for the Canucks (10-6-3), who are 1-3-1 in their last five. 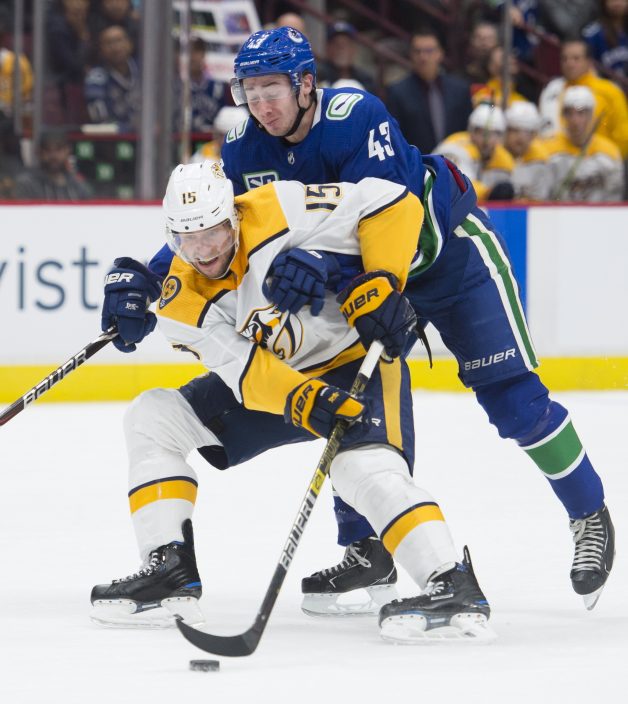 The teams combined for six goals in a wild third period.

Pettersson's first goal came at 6:09 of the third. With the Canucks on a power play, Pettersson knocked down an attempted clearing pass with his chest. He gained control of the puck, took a couple of strides and sent a shot over the glove of Nashville goaltender Pekka Rinne. 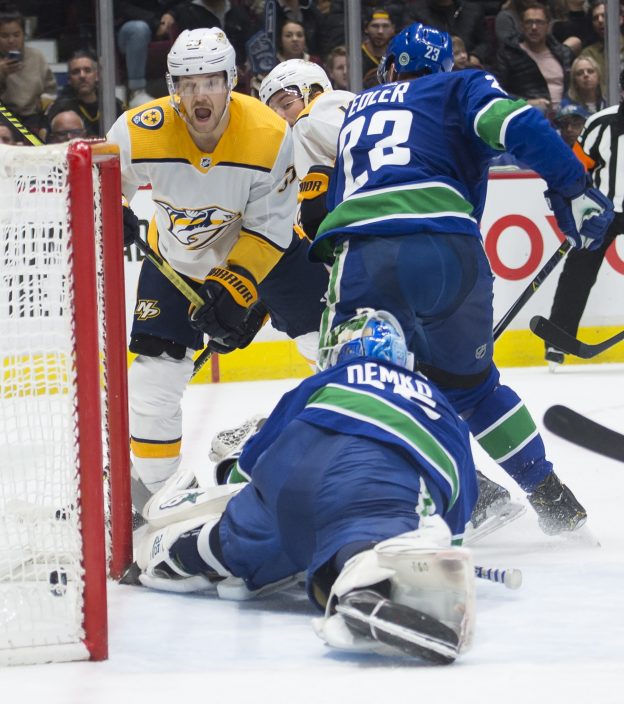 Pettersson's second of the game, and eighth of the season, came off the rebound on a rush at 11:41.

Forsberg scored twice in the third. He tipped a Mattias Ekholm shot past Vancouver goaltender Thatcher Demko at 8:35 and then scored his 10th of the season on a one-timer at 14:26.

Demko made 34 saves for the Canucks. Rinne stopped 21 shots for Nashville. 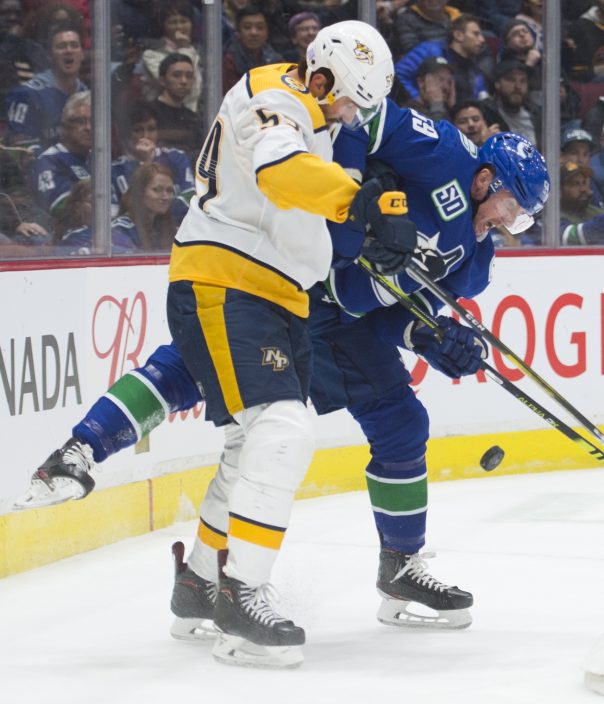 The teams exchanged goals during a second period in which the Predators outshot the Canucks 19-7.

Pearson opened the scoring for Vancouver just 85 seconds into the period on a power play. Gaudette fed a streaking Pearson the puck and he beat Rinne on the blocker side for his third goal of the season and first in 15 games.

Jarnkrok tied the game at 13:35. Matt Duchene fired a shot that Demko stopped but gave up a rebound. Jarnkrok put the loose puck into the net for his sixth of the year. 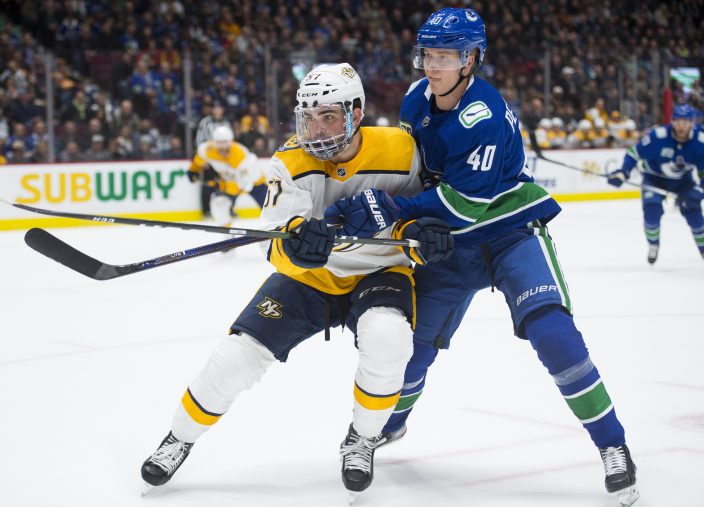 After giving up the early goal, the Predators controlled much of the play and peppered Demko. The Vancouver goalie faced a pair of breakaways in a 20-second span. First, Craig Smith put a shot over the net, then Demko blocked a Mikael Granlund shot.

Early in the third period, Kyle Turris was alone in front of the net, but Demko stopped the shot with a left pad.

Rinne made a couple of big saves during a scoreless first period. He got a right pad on a shot from Sven Baertschi, who was alone at the side of the net. Later, he made a glove save on a shot after Josh Leivo had stolen the puck from a Nashville defender.

NOTES: Canucks goaltender Jacob Markstrom announced on social media Sunday that his father had died in Sweden. . Vancouver center Brandon Sutter, who has a history of sports hernias, left the game early in the first period with what the team called "a lower body injury." .. Center Jay Beagle was a late scratch for Vancouver after missing practice Monday with an undisclosed injury. .. Lui Eriksson was in the Vancouver lineup. .. Nashville defenseman Dante Fabbro, a native of Coquitlam, British Columbia, played his first game in Vancouver and had over 100 family and friends in attendance. . Actor Bill Murry attended the game.

Canucks: Host the Dallas Stars on Thursday in the third game of a four-game homestand.

UN climate summit postponed until 2021 because of COVID ...

Federal inmates to be locked in cells for 14 days amid ...

The federal Bureau of Prisons is l ...