The Latest on campaigning for Britain's general election (all times local):

British Prime Minister Boris Johnson has received a frosty reception in flood-hit areas of northern England after victims of torrential rains lashed out at his slow response in coming to survey the damage. 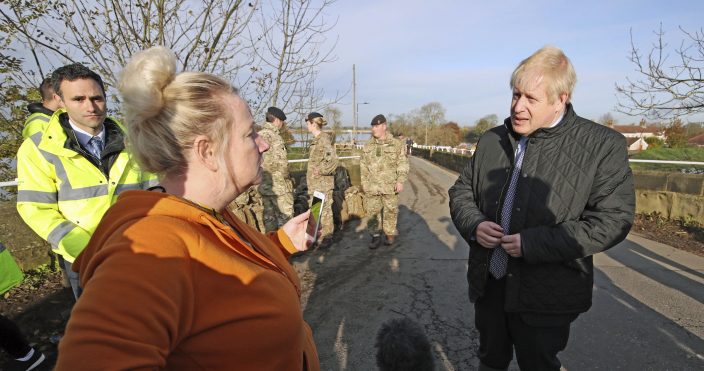 Britain's Prime Minister Boris Johnson, talks to a woman, during a visit to see the effects of recent flooding, in Stainforth, England, Wednesday, Nov. 13, 2019. (Danny LawsonPool Photo via AP)

Johnson paused from campaigning to visit Stainforth in South Yorkshire, where residents were mopping up and military personnel were laying sandbags. Residents suggested he took his time. One woman clutching a wheelbarrow alongside some troops told him: "You've not helped us. ... I don't know what you're here today for."

Johnson told reporters afterward that he understood the anguish of residents. He says that the "shock of seeing your property engulfed by water is huge"

Opposition parties have criticized the government's response to flooding and it is rapidly turning into an election issue. 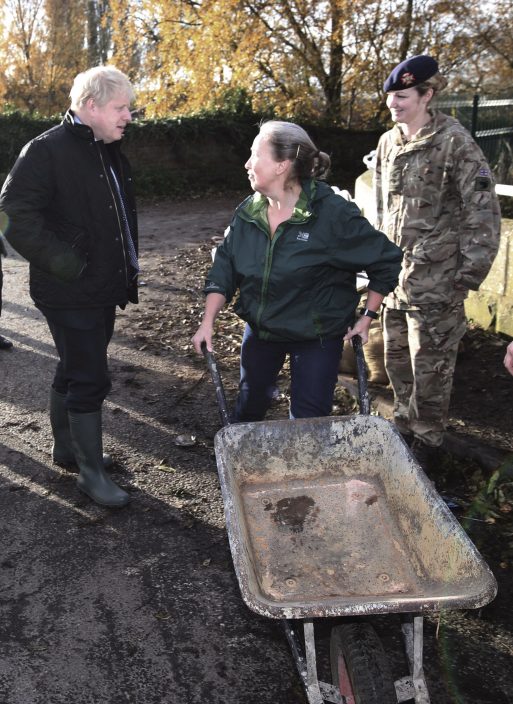 Britain's Prime Minister Boris Johnson, talks with a local woman pushing a wheelbarrow, during a visit to see the effects of recent flooding, in Stainforth, England, Wednesday, Nov. 13, 2019. (Danny LawsonPool Photo via AP)

A former Conservative Party Cabinet minister says giving the party a majority in next month's election would be "disastrous" because it would allow Prime Minister Boris Johnson to take the U.K. out of the European Union without a deal.

David Gauke said Wednesday he would stand for re-election to the House of Commons as an independent as he seeks a majority that will block a hard Brexit and back a second referendum.

The former justice secretary told the BBC that a Conservative majority would mean leaving the EU "in effect on no-deal terms and that, I believe, would be disastrous for the prosperity of this country.'"

The comments come a week after a former Labour Party lawmaker said party leader Jeremy Corbyn was "completely unfit" to lead the country.

US reports show racial disparities in kids with COVID-1 ...

Racial disparities in the the U.S. ...