A look at some of the remarks in the House Intelligence Committee proceeding: 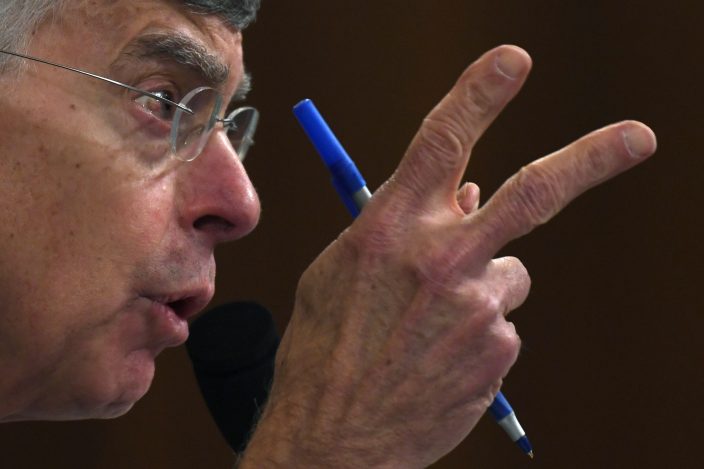 THE FACTS: The theory that Ukrainians interfered in the U.S. election and that Democrats cooperated in that effort is unsubstantiated. If U.S. officials showed a lack of interest in pursuing the matter, it’s because they considered it “fiction,” as one put it.

Trump himself was told by his officials that the theory was "completely debunked" long before the president pressed Ukraine to investigate it anyway, according to Tom Bossert, Trump’s first homeland security adviser. And in testimony at the closed-door hearings that preceded Wednesday’s public session, Fiona Hill, former special assistant to Trump on the National Security Council, said it was bogus.

“It is a fiction that the Ukrainian government was launching an effort to upend our election," Hill testified. "I'm extremely concerned that this is a rabbit hole that we're all going to go down in between now and the 2020 election, and it will be to all of our detriment.” 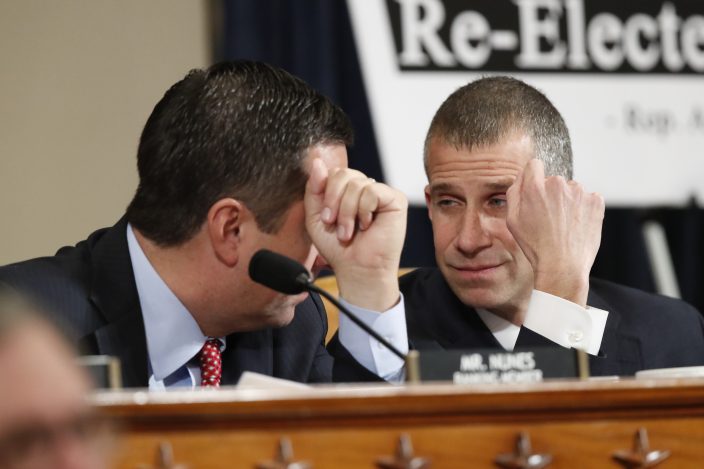 Broadly, the theory contends that a hack of the Democratic National Committee in 2016 was a setup designed to cast blame on Russia but actually cooked up by or with the help of Ukrainians. But the evidence points conclusively to Russia, not Ukraine.

Based on a security firm’s findings that Russian agents had broken into the Democrats’ network and stolen emails, special counsel Robert Mueller indicted 12 members of Russia's military intelligence agency and concluded that their operation sought to help Trump's candidacy, not Hillary Clinton’s, as the conspiracy theorists and Trump have it.

NUNES: “The whistleblower was acknowledged to have a bias against President Trump.” 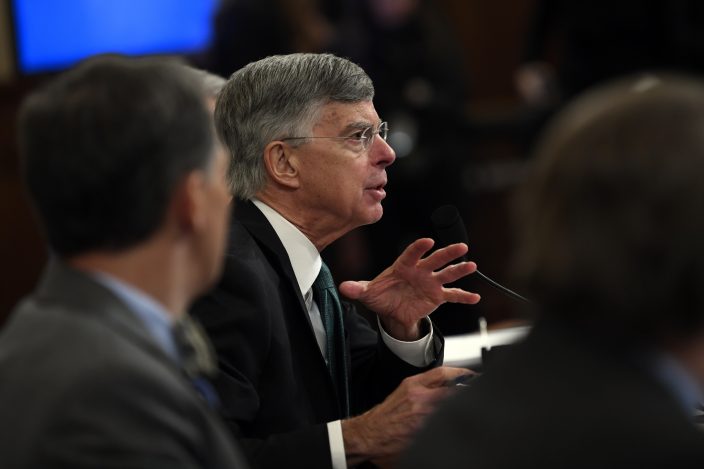 THE FACTS: That may or may not be so. Whatever the whistleblower’s political beliefs, though, that official’s complaint was deemed credible by the inspector general who received it.

Moreover, the July 25 phone conversation described by the whistleblower closely tracked the account later released by the White House.

It was during that call that Trump pressed Ukrainian President Volodymyr Zelenskiy to investigate Democrats, along with former Vice President Joe Biden and his son Hunter, as a “favor.”

NUNES, on the Trump administration’s military aid to Ukraine: “This was a very strong message that Americans are willing to provide more than blankets. This was the Obama administration’s approach.”

While the Obama administration refused to provide Ukraine with lethal weapons in 2014 to fight Russian-backed separatists, it offered a range of other military and security aid — not just “blankets.”

By March 2015, the Obama administration had provided more than $120 million in security aid for Ukraine and promised $75 million worth of equipment, including counter-mortar radars, night vision devices and medical supplies, according to the Defense Department. The U.S. also pledged 230 Humvee vehicles.

Ultimately between 2014 and 2016, the Obama administration committed more than $600 million in security aid to Ukraine.

In the last year of the Obama administration, the U.S. established the Ukraine Security Assistance Initiative, which provided U.S. military equipment and training to help defend Ukraine against Russian aggression. From 2016 to 2019, Congress appropriated $850 million for this initiative.

The Trump administration in 2017 agreed to provide lethal aid to Ukraine, later committing to sell $47 million in Javelin anti-tank missiles.