Federal Reserve Chairman Jerome Powell said Wednesday that the Fed is likely to keep its benchmark short-term interest rate unchanged in the coming months, unless the economy shows signs of worsening.

But for now, in testimony before a congressional panel, Powell expressed optimism about the U.S. economy and said he expects it will grow at a solid pace, though it still faces risks from slower growth overseas and trade tensions.

“Looking ahead, my colleagues and I see a sustained expansion of economic activity, a strong labor market, and inflation near our symmetric 2% objective as most likely,” Powell said before Congress’ Joint Economic Committee. 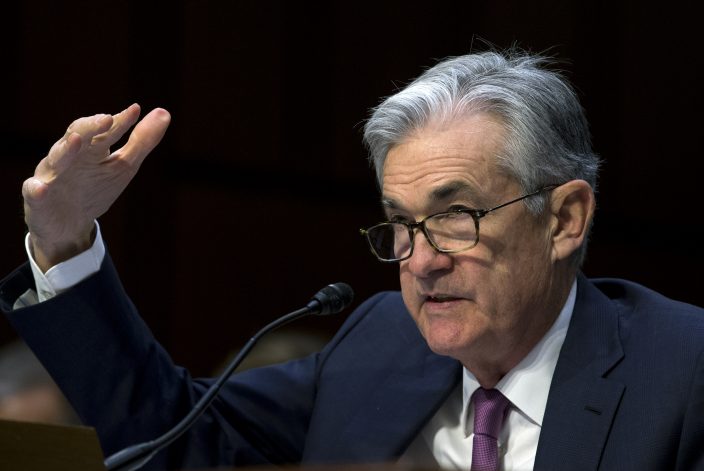 Fed policymakers are unlikely to cut rates, Powell said, unless the economy slows enough to cause them to make a “material reassessment” of their outlook.

“It now looks increasingly likely that the Fed will move to the sidelines for an extended period,” said Andrew Hunter, an economist at Capital Economics, a forecasting firm. 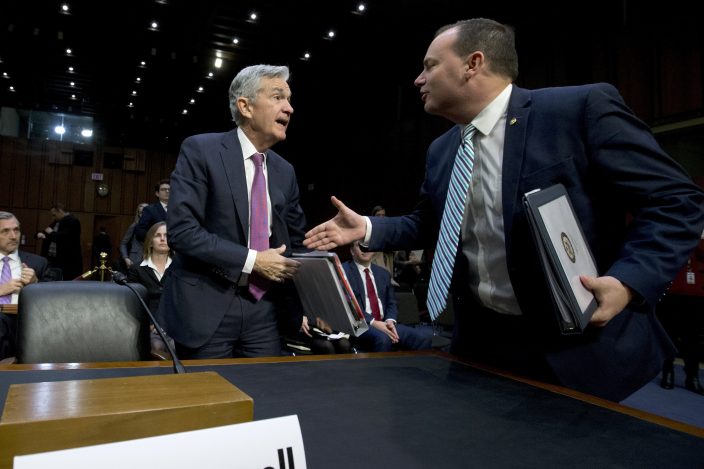 Still, when asked if he expected rates to remain unchanged over the next year, Powell said, “I wouldn’t say that at all.”

Powell’s testimony comes a day after President Donald Trump took credit for an “economic boom” and attacked the Fed for not cutting interest rates further. Powell and other Fed officials, however, argue that their rate cuts, by lowering borrowing costs on mortgages and other loans, have spurred home sales and boosted the economy.

Powell was asked about negative interest rates, which Trump also called for Tuesday, and responded that they “would certainly not be appropriate in the current environment.” 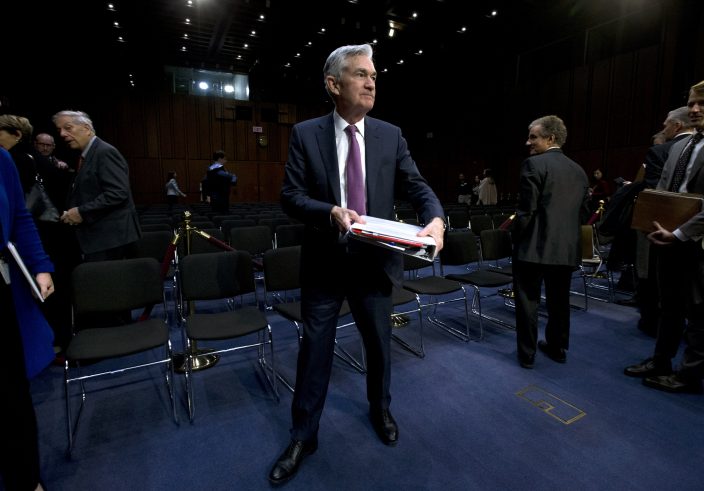 Federal Reserve Board Chair Jerome Powell leaves after the hearing on the economic outlook, on Capitol Hill in Washington, on Wednesday, Nov. 13, 2019. (AP PhotoJose Luis Magana)

Other Fed officials have also questioned whether cutting rates below zero has actually succeeded in boosting growth in places like Europe and Japan, where central banks have pushed rates into negative territory.

Despite Trump’s attacks, both Republican and Democratic lawmakers took a largely respectful approach to Powell. Several complimented him for the “Fed Listens” events the central bank has held around the country, which have sought input from a range of groups, including unions and nonprofits, on ways the Fed could update its monetary policy framework. 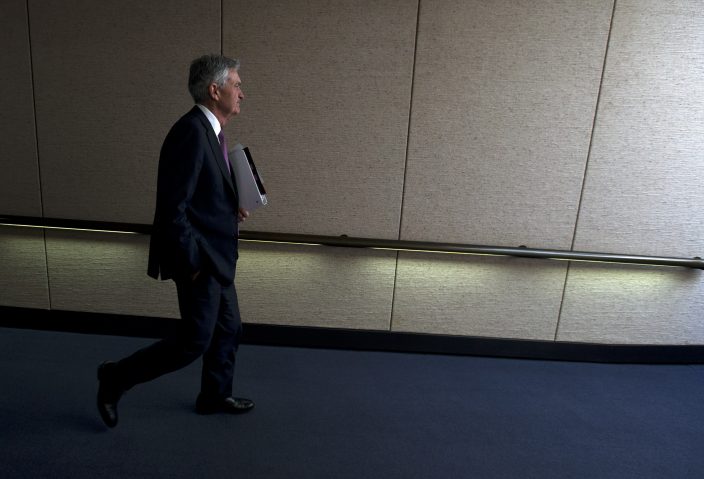 Federal Reserve Board Chair Jerome Powell leaves after the hearing on the economic outlook, on Capitol Hill in Washington, on Wednesday, Nov. 13, 2019. (AP PhotoJose Luis Magana)

Powell repeatedly demurred when Sen. Ted Cruz, R-Texas, pressed him on how higher tax rates would affect the economy, including wealth taxes that have been proposed by Democratic presidential candidates Elizabeth Warren and Bernie Sanders.

But Powell did concede, under questioning from Cruz, that a ban on fracking would “not be a good thing for the economy.” Some Democrats have called for a fracking ban over environmental concerns about the controversial method for drilling for oil and gas.

Recent data suggests that growth remains solid if not spectacular. The economy expanded at a 1.9% annual rate in the July-September quarter, down from 3.1% in the first three months of the year. The unemployment rate is near a 50-year low of 3.6% and hiring is strong enough to potentially push the rate even lower.

Inflation, according to the Fed's preferred gauge, is just 1.3%, though it has been held down in recent months by lower energy costs and most Fed officials expect it to move higher in the coming months.

Yet Powell reiterated that higher tariffs from the Trump administration’s trade war with China and uncertainty over potential future duties have caused many businesses to delay or cut back on their spending on large equipment and buildings. That has slowed economic growth.

Powell also urged Congress to lower the federal budget deficit so that lawmakers would have more flexibility to cut taxes or boost spending to counter a future recession.

Other Fed officials have voiced similar concerns. Patrick Harker, president of the Federal Reserve Bank of Philadelphia, said Tuesday that the large deficit, and the constraints it imposes on Congress in the event of a recession, “is one of the things I do lose sleep over.”

Powell also noted that with the Fed’s benchmark rate at historically low levels, the central bank is considering whether it needs new tools to help boost growth whenever the next downturn arrives.

“Central banks around the world are going to have less room to cut in this new normal of low rates and low inflation,” he said.

The Fed is exploring an alternative policy framework, Powell said, that it hopes will provide more flexibility. In typical recessions, the Fed cuts short-term rates by roughly 5 percentage points.

Powell reiterated that the Fed believes the unemployment rate could fall further without necessarily pushing inflation higher, a view that suggests the central bank is a long way off from hiking rates.

“The data is not sending any signal that the labor market is so hot or that inflation is moving up,” he said in response to a question from New York Rep. Carolyn Maloney, a Democrat and vice chair of the Joint Economic Committee. “What we have learned ... is that the U.S. economy can operate at a much lower level of unemployment than many thought.”

Historically, super-low unemployment has been seen as likely to push up inflation, as workers push for higher pay and companies offer greater salaries to find and keep workers.

Most analysts forecast that the Fed will hold rates steady when it meets next month. But some economists expect growth will slow in the coming months and the Fed will likely have to cut again next year.