Alex Bregman will try to give the Houston Astros an unprecedented sweep.

If the All-Star slugger is selected the American League’s Most Valuable Player when voting results are announced Thursday, the Astros will become the first team to have an MVP, Cy Young Award winner and Rookie of the Year in the same season. Justin Verlander took Cy Young honors, and Yordan Álvarez was a unanimous pick as the AL’s top rookie.

Mike Trout is probably Bregman’s top competition, and the National League MVP figures to come down to Cody Bellinger of the Dodgers or Christian Yelich of the Brewers, with Anthony Rendon of the Nationals also a worthy finalist. 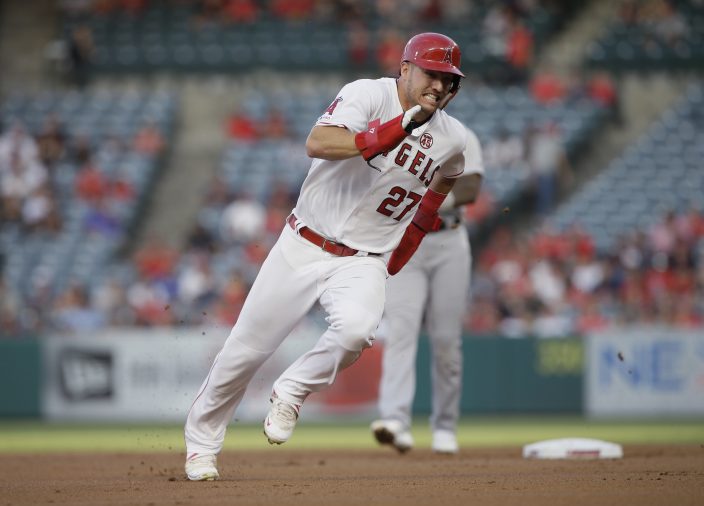 FILE - In this July 30, 2019, file photo, Los Angeles Angels' Mike Trout rounds second to advance to third from first on a single by Shohei Ohtani against the Detroit Tigers during the first inning of a baseball game in Anaheim, Calif. Trout was having another spectacular year for the Angels when right foot problems ended his season early. He did not play after Sept. 7 and was limited to 134 games. (AP PhotoAlex Gallardo, File)

Both MVP races were impacted by injuries. Trout was having another spectacular year for the Los Angeles Angels when right foot problems ended his season early. He did not play after Sept. 7 and was limited to 134 games.

Bregman, however, has a strong case after his Houston team finished with a major league-best 107 wins. He hit .296 with 41 home runs, 112 RBIs, 122 runs and 119 walks. He also showed versatility by playing third base and shortstop. 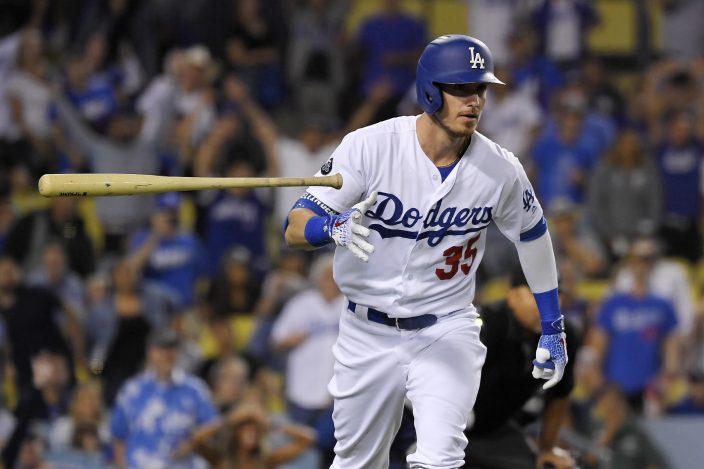 FILE - In this Sept. 18, 2019, file photo, Los Angeles Dodgers' Cody Bellinger tosses his bat as he runs to first after hitting a solo home run during the eighth inning of the team's baseball game against the Tampa Bay Rays in Los Angeles. the National League MVP figures to come down Christian Yelich of the Brewers and Bellinger, with Anthony Rendon of the Nationals possibly in the mix as well. (AP PhotoMark J. Terrill, File)

Bregman played in 156 games, and that extra availability helped him match Trout in wins above replacement, a stat that always reflects well on the Los Angeles outfielder. Bregman finished at 8.4 WAR and Trout at 8.3, according to Baseball-Reference.com.

In the NL, Bellinger finished at 9.0 WAR and Yelich at 7.1, although the FanGraphs.com version of WAR has those two neck and neck. Again, availability was an issue. Yelich broke his kneecap late in the season and wasn’t able to play during the Brewers’ run to an NL wild card. 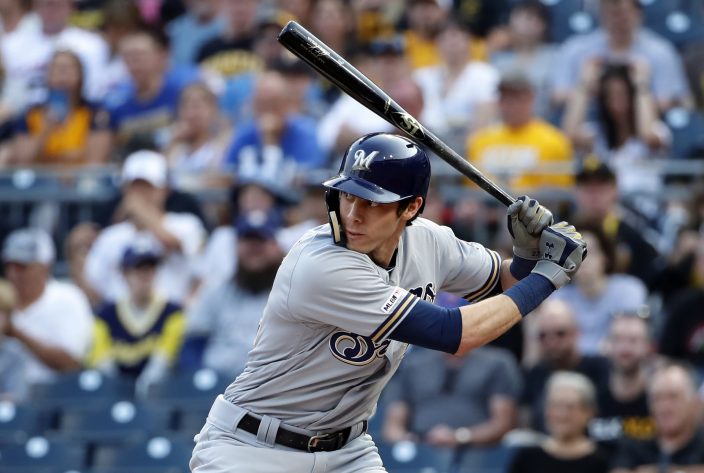 FILE - In this May 31, 2019, file photo, Milwaukee Brewers' Christian Yelich bats during a baseball game against the Pittsburgh Pirates in Pittsburgh. Yelich, who fractured his kneecap late in the season, still may have done enough to win a second straight MVP award. The Milwaukee outfielder hit 44 home runs and won the so-called slash line Triple Crown by leading the NL in batting average, on-base percentage and slugging percentage. (AP PhotoGene J. Puskar, File)

Yelich played in only 130 games, though. That’s not a deal breaker — Barry Bonds was the NL MVP in 2003 with 130 games played, and just last year, Mookie Betts of Boston won the AL award despite playing in only 136. But it may be hard for Yelich to beat out Bellinger, who led the NL in total bases and hit .305 with 47 homers in 156 games while playing excellent defense.

Bellinger would be the first position player for the Dodgers to win MVP honors since Kirk Gibson in 1988, the year of the team’s most recent World Series title.

Rendon is another NL contender. He emerged as the World Series champion Nationals fought their way to the postseason after a poor start. The voting is done before the playoffs, so Rendon’s postseason performance won’t be a factor, but he’d already done plenty before that. 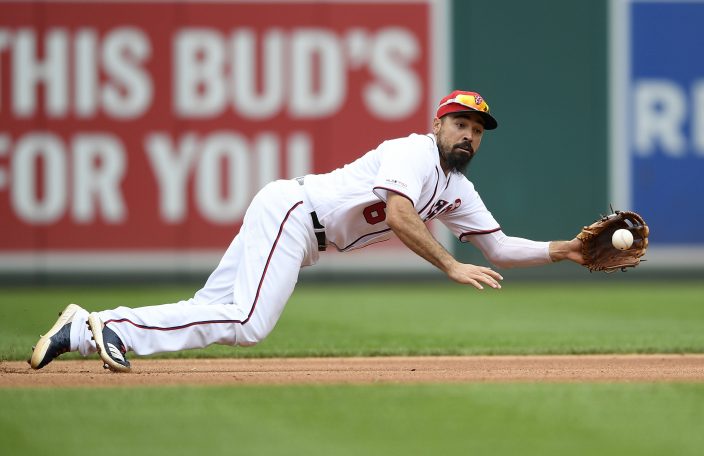 FILE - In this Sept. 1, 2019, file photo, Washington Nationals third baseman Anthony Rendon makes a catch on a line drive by Miami Marlins' Miguel Rojas during the seventh inning of a baseball game in Washington. Rendon is another NL contender for MVP. He emerged as the Nationals fought their way to the postseason after a poor start. The voting is done before the playoffs, so Rendon’s postseason won’t be a factor, but he’d already done plenty before that. (AP PhotoNick Wass, File)

The 29-year-old third baseman hit .319 this year with 34 homers, and led the NL in doubles and RBIs.

Stephen Gostkowski made his career ...