Secretary of State Mike Pompeo is pressing European members of an anti-Islamic State coalition to take and prosecute citizens of their countries detained in Iraq and Syria.

Pompeo tells foreign ministers and senior officials from some 30 coalition members that it’s imperative to hold thousands of detained fighters from Europe and elsewhere accountable for atrocities. 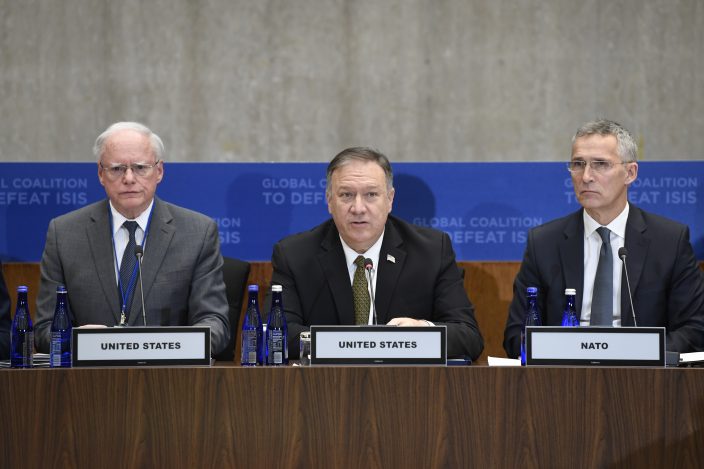 Members of the coalition are meeting Thursday.

Pompeo has dismissed concerns that the U.S. will step back from its leadership of the coalition as President Donald Trump seeks to pull troops back from the Middle East. 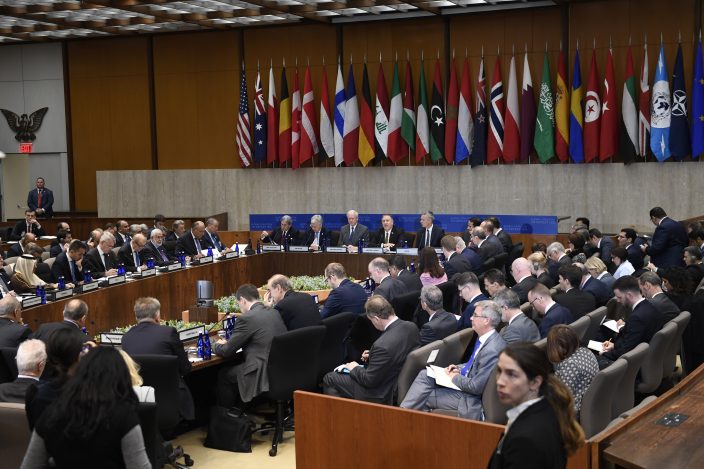 Secretary of Sate Mike Pompeo, center, speaks as he is joined by other foreign ministers and foreign officials at the State Department in Washington, Thursday, Nov. 14, 2019, for the Global Coalition to Defeat ISIS Small Group Ministerial meeting. (AP PhotoSusan Walsh)

A man wanted in a deadly shooting ...

Killing of Iran general risks US gains against Islamic State