After more than 80 years of trying, Finland has finally made it to a major soccer tournament.

Its neighbor, Sweden, will be at next year’s European Championship, too.

It was a great night for the Nordic nations on Friday as they took the number of teams to seal places in the first ever Europe-wide championship to 12. 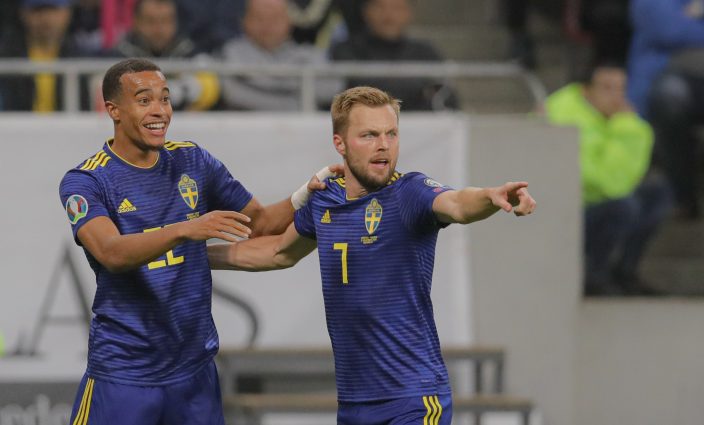 The celebrations were most wild in Finland, which ended a run of 32 failed qualifying campaigns for either the World Cup or European Championship stretching back to 1938.

The top two qualify from each of the 10 groups, with four more teams advancing via the playoffs in March. 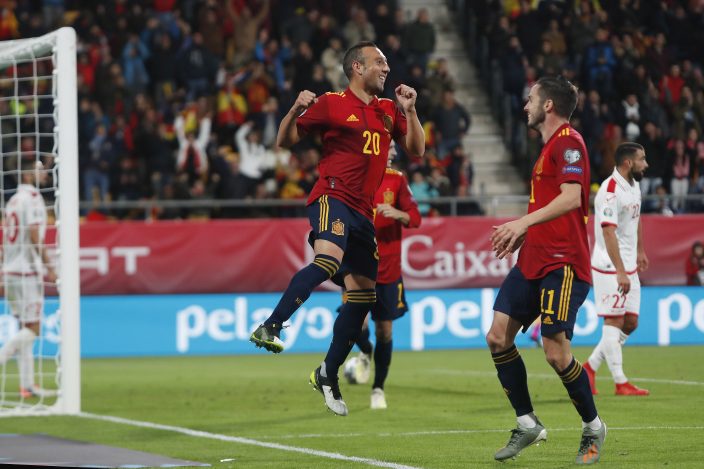 Sweden booked its place at Euro 2020 a few hours later by winning at Romania 2-0 to ensure qualification from Group F along with Spain.

It’ll be a sixth straight appearance at the Euros for the Swedes, who were quarterfinalists at last year’s World Cup in Russia.

Denmark, another Nordic country, will have to wait to seal qualification, however, despite beating Gibraltar 6-0 to go top of Group D. With Switzerland winning 1-0 at home to Georgia to move into second place, the group will go down to the final round of matches. 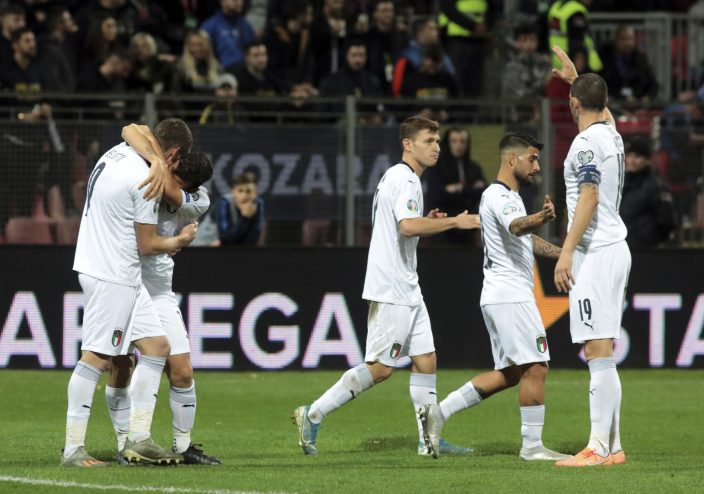 Ireland, in third place, is three points behind Denmark heading into their meeting in Dublin on Monday and would qualify with a win. Switzerland is sure to progress by beating Gibraltar away on the same night.

If there was going to be a party in Finland on Friday night, it was inevitable that Pukki would be leading the celebrations.

The hashtag “PukkiParty” has been a popular one over the past few months, with the striker scoring freely for his national team and his Norwich club in the English Premier League.

After scoring the goals that clinched Finland’s spot at Euro 2020, Pukki sprayed champagne and led the chants in the locker room after the game against Liechtenstein. Norwich was hosting an official “Pukki Party” in a night club in Helsinki later in the night and it’s hard to imagine the celebrations ending anytime soon.

“We have dreamt of THIS since we first attended the 1938 WC Qualifiers,” the Twitter feed of the Finland team posted. “THE DREAM OF GENERATIONS has come true and next summer the whole Finland will party like NEVER before.”

Pukki took his tally of goals in qualifying to nine in nine games with his double against Liechtenstein, after Jasse Tuominen opened the scoring at Telia 5G-areena.

The team is coached by Markku Kanerva, a former primary school teacher who inherited a side that had gone all of 2016 without a competitive win, and he was drenched in champagne by his players after the match.

Italy made it nine wins from nine qualifiers by beating Bosnia-Herzegovina 3-0 away.

Francesco Acerbi, Lorenzo Insigne and Andrea Belotti were the scorers for the Azzurri, who can complete a perfect qualification with a home win over Armenia on Monday.

NO ZLATAN, NO PROBLEM

Since the striker retired from the national team after Euro 2016, Sweden has reached the World Cup in 2018 — getting to the last eight for the first time since 1994 — and has cruised into Euro 2020 with just one loss in nine qualifiers, and that was away to Spain.

The first goal against Romania was scored by Ibrahimovic’s replacement as sole striker: Marcus Berg headed in a left-wing cross by Emil Forsberg in the 18th. Berg then laid the ball off for Robin Quaison to prod home a second goal in the 34th.

Spain sealed first place in Group F with a 7-0 home win over Malta, with Alvaro Morata and Santi Cazorla scoring in the first half before further goals by Pau Torres, Pablo Sarabia, Dani Olmo, Gerard Moreno and Jesus Navas.

Like Italy, the Spanish are unbeaten but have drawn two of their games.

Bryan Harsin had a novel idea for ...

The top clubs in Albania have deci ...

Ronaldo stuck on 99 goals but Portugal through to Euro 2020