Germany, the Netherlands, Austria and Croatia have qualified for the 2020 European Championship.

Germany advanced with a 4-0 win over Belarus on Saturday, with Toni Kroos scoring twice and steering the side top of Group C. Second-place Netherlands also qualified despite a 0-0 draw with Northern Ireland in Belfast. Northern Ireland captain Steven Davis missed a penalty in the first half. 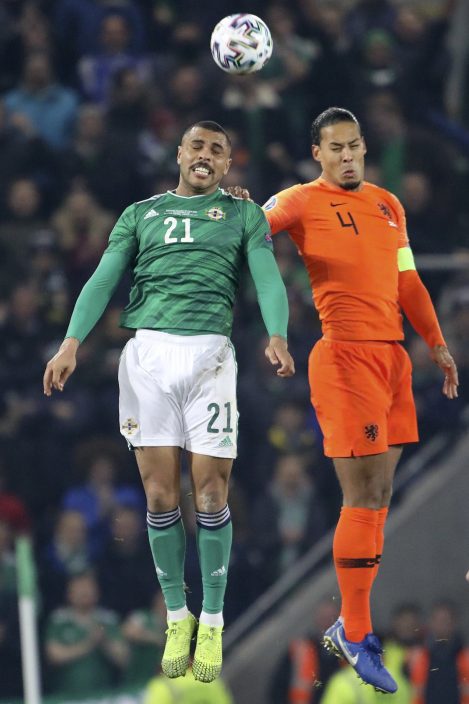 Croatia booked its place as Group E winner with a 3-1 win at home over Slovakia.

Ronaldo stuck on 99 goals but Portugal through to Euro 2020