Pope Francis is decrying that the “greed of a few” wealthy people is compounding the plight of the poor.

Francis celebrated a Mass Sunday in St. Peter’s Basilica dedicated to heightening awareness about poor people worldwide. He lamented that people aren’t worried that income “gaps are increasing, that the greed of a few is adding to the poverty of many others.”

Keeping a tradition of his papacy, Francis invited 1,500 indigent persons to dine with him at the Vatican after Mass, while another 1,500 will be treated to a separate lunch elsewhere in Rome. 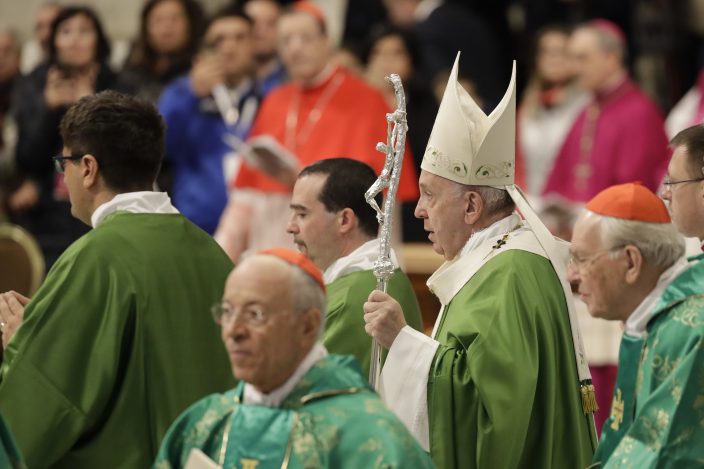 Pope Francis arrives to celebrate a Mass in St. Peter Basilica at the Vatican, Sunday, Nov. 17, 2019. Pope Francis is offering several hundred poor people, homeless, migrants, unemployed a lunch on Sunday as he celebrates the World Day of the Poor with a concrete gesture of charity in the spirit of his namesake, St. Francis of Assisi. (AP PhotoAlessandra Tarantino)

Francis said faithful should ask themselves: “Do I, as a Christian, have at least one poor person as a friend?”

He has made paying attention to those living on society’s margins a priority of his pontificate.