Full preliminary results from parliamentary elections in Belarus show the chamber will have no members of the opposition to challenge strongman President Alexander Lukashenko.

Results released by the national elections commission on Monday show all the parliament’s 110 seats won by former government functionaries, diplomats and members of pro-government parties.

The outgoing parliament in the former Soviet republic had two opposition deputies. But they and many other opposition candidates were blocked from running again. 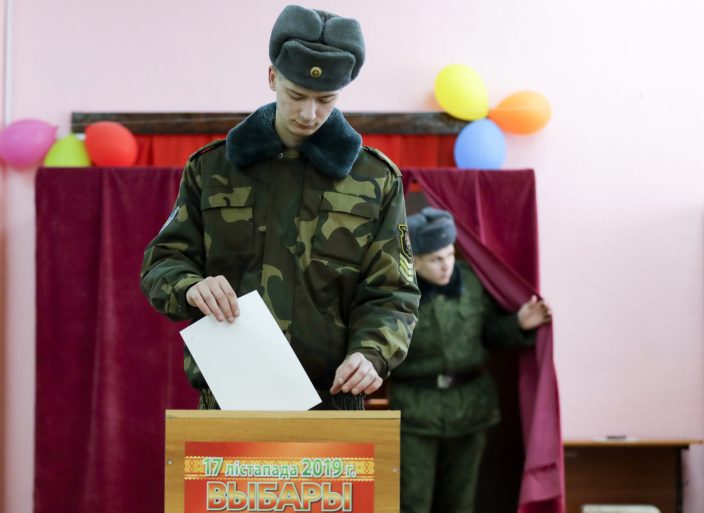 In this photo taken on Thursday, Nov. 14, 2019, a Belarus Army serviceman casts his ballot during an early election at a polling station in Minsk, Belarus, ahead of the parliamentary election to be held on Sunday. (AP PhotoSergei Grits)

The election came ahead of a presidential election next year, in which Lukashenko plans to run for another term. In office since 1994, the former collective farm manager has stifled dissent and independent news media and retained many aspects of a Soviet-style economy.

The observation mission of the Organization for Security and Cooperation in Europe said Monday that, in the election, “fundamental freedoms were disregarded and the integrity of the election process was not adequately safeguarded.”

A statement from the mission cited concerns including the exclusion of many opposition candidates, limited opportunity for public campaigning and shortcomings during vote counting. 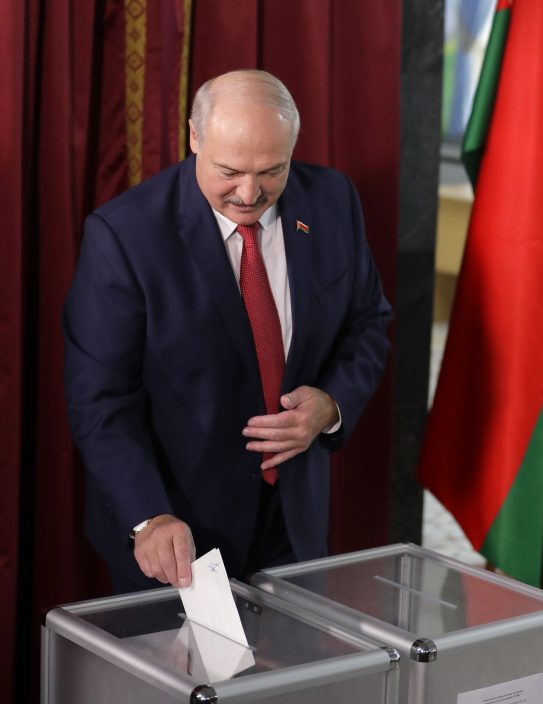 “These elections have demonstrated an overall lack of respect for democratic commitments,” Margaret Cederfeldt, leader of the short-term observers team, said in the statement.

Belarusian opposition figures had said early voting was a particular concern, because the ballot boxes are not guarded. One independent observer reported filming a woman stuffing a box with ballots, but the incident was brushed off by the elections commission head.

Although Lukashenko has sought better relations with the West, on election day he said he wasn’t worried about criticism of the vote.

Belarus' leader wins sixth term with over 80% of votes