Alex Ovechkin scored a power-play goal, Garnet Hathaway was ejected for spitting during a heated brawl and the Washington Capitals beat the Anaheim Ducks 5-2 in feisty matchup Monday night.

Hathaway was given a match penalty and thrown out for spitting on Anaheim’s Erik Gudbranson in the latter stages of a fracas between the teams late in the second period. Even after the game misconduct that’s automatic for spitting, Hathaway could face more discipline from the NHL office in the form of a fine or suspension.

After some off-and-on hostilities in the first 39 minutes, Washington’s Brendan Leipsic incited the brawl by bulldozing Anaheim’s Derek Grant just before Chandler Stephenson scored to make it 3-0 Capitals. Almost all 10 skaters on the ice got involved, and Hathaway fought Gudbranson, Grant and Nick Ritchie in a matter of minutes. 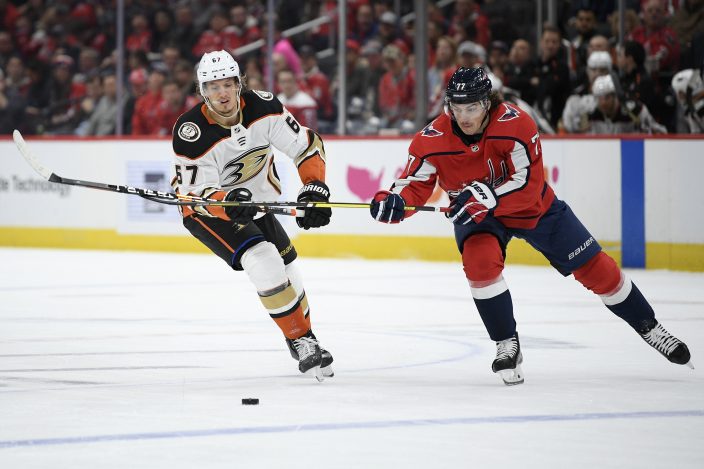 Officials were attempting to separate players when Gudbranson rabbit-punched Hathaway, who then spit in his face with referee Peter MacDougall a few feet away.

Gudbranson, fellow Ducks defenseman Brendan Guhle, Ritchie and Leipsic were also penalized for their roles in the ruckus that took referees significant time to sort out. A total of 50 penalty minutes were handed out as Hathaway was sent off, Gudbranson was given a 10-minute misconduct and Anaheim came up empty on its ensuing power play in the third before Jakub Vrana added a fourth goal for Washington.

The brawl overshadowed the NHL-leading Capitals picking up at least one point for the 14th time in 15 games. 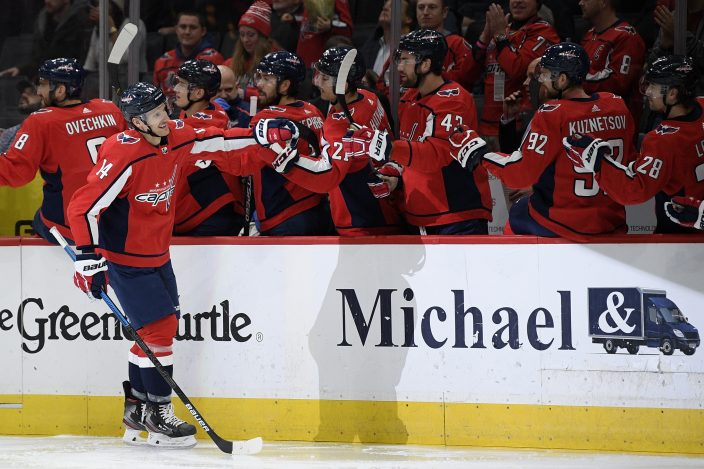 Richard Panik’s goal 50 seconds in was his first point in 13 games since signing with Washington. Braden Holtby made 32 saves for the win.

Ducks goaltender John Gibson had several spectacular saves to keep his team in the game. Anaheim got third-period goals from Sam Steel and Nicolas Deslauriers.

Derek Stepan and Jakob Chychrun also scored, and Christian Dvorak and Nick Schmaltz had two assists apiece as the Coyotes won their fourth in five games. Schmaltz raised his point total to a team-high 18.

Raanta denied a breakaway attempt by Austin Wagner with 10:32 to play. Jack Campbell made 24 saves for Los Angeles, which had its three-game winning streak snapped.

At a celebration for Bob Marley’s ...

Acciari scores late to give Panthers 5-4 win over Wild