Mali’s military says 24 soldiers have died in the latest extremist attack as alarm grows about the vast Sahel region being used as a haven for fighters linked to the Islamic State group and al-Qaida.

Monday’s attack occurred amid a surge in assaults that have killed over 100 Malian troops in recent weeks and led to public outrage, political pressure on President Ibrahim Boubacar Keita and a decline in military morale.

In a statement overnight, Mali’s army said 29 soldiers were wounded and 17 extremists killed at Tabankort in the northeastern Gao region. 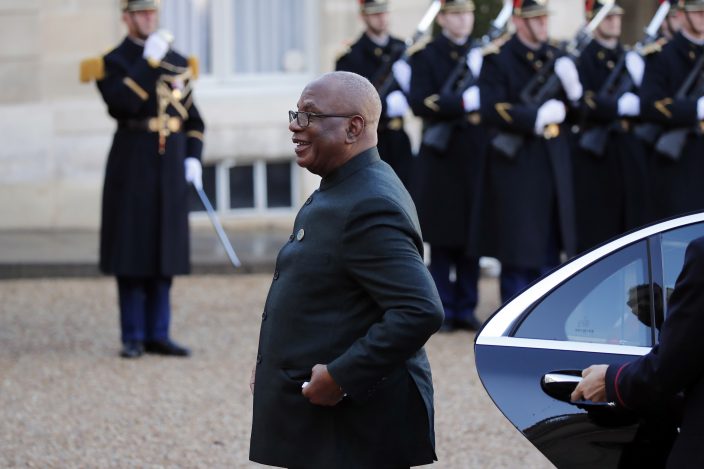 The attack occurred while soldiers from Mali and Niger were carrying out a joint operation along their border to track extremists. Nigerien troops detained about 100 suspects, the statement said.

It did not say which extremist group was to blame.

The State Department’s annual report on extremism, released this month, said the arid Sahel region stretching across Africa south of the Sahara Desert is of growing concern with thousands of IS-linked fighters carrying out deadly attacks in Mali, Nigeria, Burkina Faso and other countries.

The Sahel is the preferred area of focus for the global coalition fighting IS outside its core area in the Middle East “and with good reason,” Secretary of State Mike Pompeo said last week.

“ISIS is outpacing the ability of regional governments and international partners to address that threat,” he said.

A five-nation regional counterterror force, France’s largest overseas military mission and a United Nations peacekeeping mission are trying to contain the extremist threat in Mali and other countries including Burkina Faso, where roughly half a million people have been displaced this year alone.

“I call it a cancer, a cancer that started in Mali and now is infecting the region,” the top U.S. diplomat for Africa, Tibor Nagy, said last week.

But the 5,000-strong West African regional force, the G5 Sahel, has struggled to secure enough funding.

Nearly two years after 414 million euros ($458 million) was raised for the force at a European Union-hosted conference, only 18 million euros have arrived in the region, African Union commissioner for peace and stability Smail Chergui said last week.

Earlier this month U.N. Secretary-General Antonio Guterres repeated his call for “predictable and sustained funding to the force” by the U.N. Security Council, which the United States and others have so far blocked.

The U.S. has said the Trump administration believes bilateral aid is the best approach.

Justin Jefferson blew by the close ...