Wales claimed the last automatic spot remaining in qualifying for next year’s European Championship by beating Hungary 2-0 in a winner-takes-all match in Cardiff on Tuesday.

Aaron Ramsey scored a goal in each half to propel the Welsh to a second straight Euros, after they reached the semifinals in 2016 in their first major tournament in 58 years.

Wales — coached by Manchester United great Ryan Giggs — climbed from fourth to a second-place finish in Group E behind Croatia, leaving Hungary to attempt to get to the finals via the playoffs in March. Slovakia, which beat Azerbaijan 2-0 on Tuesday, finished in third place and will also contest the playoffs. 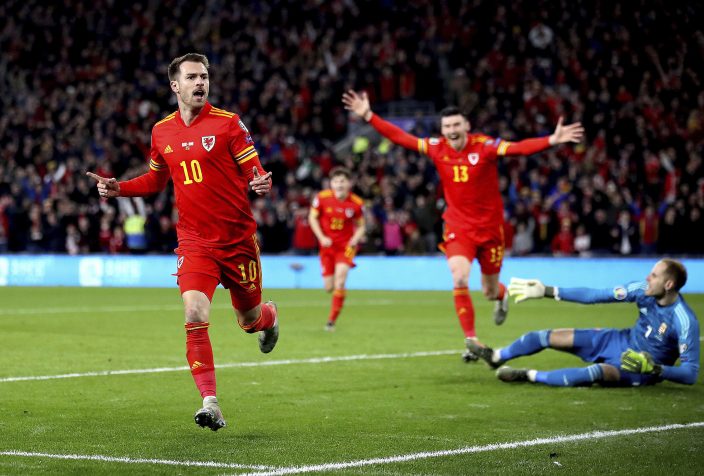 The Welsh could be a threat at the Europe-wide tournament held in June and July next year, with their forward line containing Real Madrid’s Gareth Bale and Manchester United’s Daniel James while Ramsey — now at Juventus — makes runs from midfield.

Much will hinge on the fitness of the injury-prone Bale and Ramsey. This was the first time they started together for Wales in more than a year, and Bale set up Ramsey for the 15th-minute opener at the Cardiff City Stadium with a cross from the right that was headed home at the far post.

Ramsey’s second goal, in the 47th, was a cool finish from close range after he latched onto an acrobatic effort by substitute Kieffer Moore. 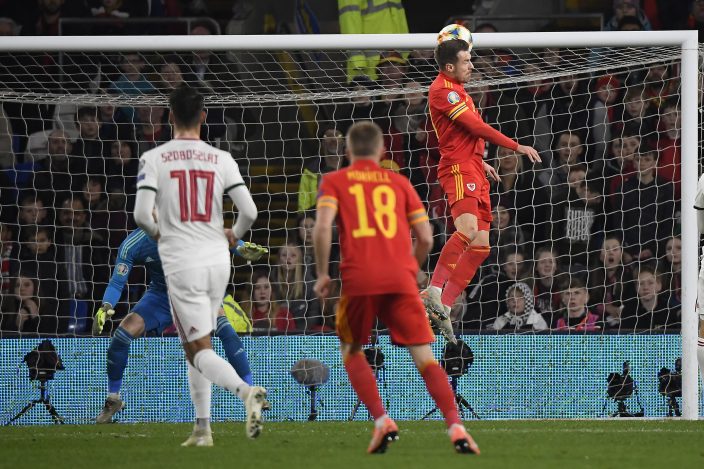 The Slovaks could have qualified in second place if the Wales-Hungary match had finished in a draw. They did all they could, winning in Trnava courtesy of Robert Bozenik’s 19th-minute goal and another from Marek Hamsik in the 86th.

On the final night of qualifying, top-ranked Belgium completed a perfect campaign in Group I by thrashing Cyprus 6-1 for a 10th straight win. Christian Benteke and Kevin De Bruyne both scored twice.

Germany and Netherlands were already assured of advancing from Group C and they both finished with big home wins. Serge Gnabry scored a hat trick in Germany’s 6-1 win over Northern Ireland and Georginio Wijnaldum also scored three goals in the Netherlands’ 5-0 victory over Estonia.

Germany topped the group, two points ahead of the Dutch.