On Nov. 20, 1969, dozens of Native Americans took over Alcatraz in the San Francisco Bay to demand that the U.S. government recognize longstanding agreements with tribes and turn over the deed to the island.

They arrived under the cover of night and vowed to peacefully protest federal policies that sought to eliminate tribes’ culture and language, and strip them of their land.

The U.S. government years earlier declared Alcatraz, the site of a former maximum-security prison, surplus property several. Native Americans used an 1868 treaty between the U.S. and the Sioux to stake a claim to the land. 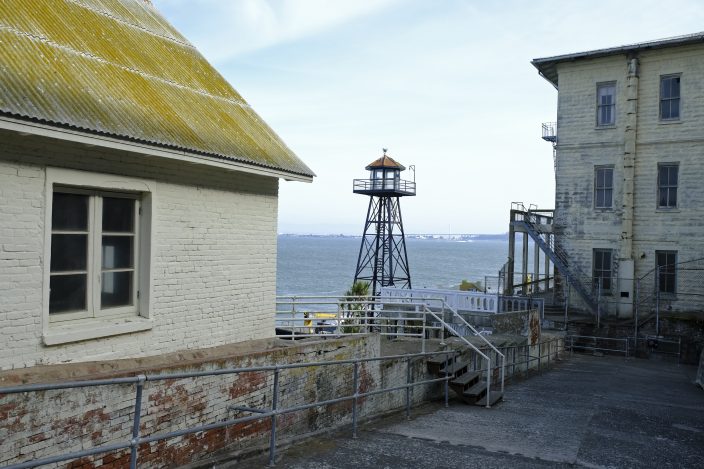 In this photo taken Tuesday, Nov. 12, 2019, a guard tower stands near the main dock on Alcatraz Island in San Francisco. The week of Nov. 18, 2019, marks 50 years since the beginning of a months-long Native American occupation at Alcatraz Island in the San Francisco Bay. The demonstration by dozens of tribal members had lasting effects for tribes, raising awareness of life on and off reservations, galvanizing activists and spurring a shift in federal policy toward self-determination. (AP PhotoEric Risberg)

Although the 19-month occupation ended with occupiers being forcibly removed, it served as a watershed moment in Native American activism.

Tribes did not get a museum, school and cultural center on the island like they wanted. But the occupation galvanized Native American activists, raised awareness of tribes’ treaty rights and spurred a shift in federal policy toward their self-determination.

“It created a spark,” said historian Kent Blansett, who has written about Alcatraz. 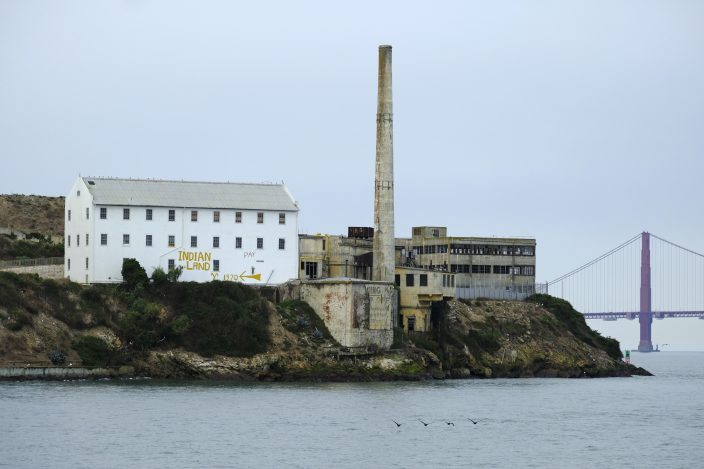 In this photo taken Friday, Nov. 15, 2019, the words "Indian Land" are painted on a building on Alcatraz Island with the Golden Gate Bridge in the background in San Francisco. The week of Nov. 18, 2019, marks 50 years since the beginning of a months-long Native American occupation at Alcatraz Island in the San Francisco Bay. The demonstration by dozens of tribal members had lasting effects for tribes, raising awareness of life on and off reservations, galvanizing activists and spurring a shift in federal policy toward self-determination. (AP PhotoEric Risberg)

The takeover of Alcatraz occurred 50 years ago this week. To mark the anniversary, The Associated Press is republishing the following reports, which first appeared at the start of the occupation and after its conclusion:

SAN FRANCISCO — Seventy-eight Indians from about 30 tribes have invaded Alcatraz Island in San Francisco Bay, demanding the federal government turn it over to them under provisions of an 1868 treaty.

The tribesmen crept ashore from boats Wednesday night and vowed Thursday that most would remain until the federal government rules formally on their demands.

Indian leader Richard Oakes, 26, claimed that an 1868 treaty with the Sioux provides that any unused federal land reverts automatically to Indians.

The federal government abandoned its prison on the 21-acre island in 1963, and the property has been declared surplus. The General Services Administration is in charge of disposal.

Oakes said the invaders want to set up a museum, a school and an Indian center.

Oakes and six other leaders accompanied Hannon to the mainland Thursday night for continued talks. The rest remained behind to spend a second night in pitched tents.

SAN FRANCISCO — The government plans to fashion Alcatraz Island, seized from American Indians who held it as a protest symbol for 19 months, into a wilderness-type national park, a federal official said Saturday.

“A dozen parks won’t solve the basic issue of why we took Alcatraz in the first place,” said John Trudell, 25, an Indian spokesman. “The government has always lied to us and ripped off our rights.”

Trudell said there are no Indian plans now to try to retake the island, guarded by 30 marshals. Trudell said the Indians’ first priority is finding homes and food for their women and children.

As a park, it will be opened in a natural and uncluttered state for hiking and picnicking visitors, Hannon said. Then all other structures will be demolished for the park development, he said.

The 21-acre rock in the middle of San Francisco Bay was a federal prison for 29 years. It housed some of the nation’s toughest criminals until the prison was closed in 1963.

Since Friday, 30 marshals have been camping on “The Rock.” A shoreline chain-link fence will be built and radar-equipped Coast Guard boats will patrol to prevent any unauthorized landings, Hannon said.

Morton said here last month there is a “large, ambitious” project for a Golden Gate recreation area on government-owned shores near the Golden Gate Bridge. Alcatraz will be included.

The island park may include some Indian culture attractions. Hannon said. Indian leaders had rejected such an offer a year ago, saying they will no longer be “museum pieces, tourist attractions and (politicians’) play things.”