Aleksander Barkov and Brett Connolly each had a goal and an assist to lift the Florida Panthers over the Philadelphia Flyers 5-2 on Tuesday night.

Morgan Frost scored a goal in his first NHL game and Travis Sanheim also scored for the Flyers, who have lost four straight. Carter Hart allowed four goals on 18 shots before being pulled midway through the second period. Brian Elliott stopped seven shots. 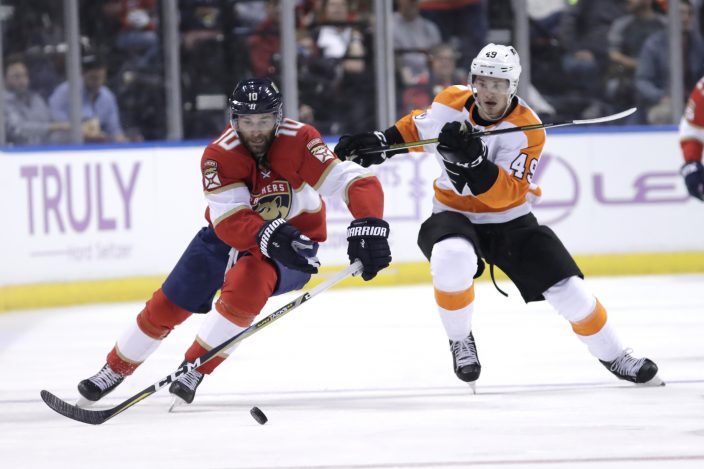 Barkov stretched the Panthers lead to 3-1 after he found a rebound in the right circle and fired it past Hart on the stick side at 6:46 of the second.

Huberdeau’s shot from the right circle made it 4-1 and chased Hart with 9:37 left in the second.

Frost closed the gap to 4-2 when he skated along the goal line and backhanded the puck high with 5:40 left in the second. Frost was recalled from Lehigh Valley of the AHL on Monday. 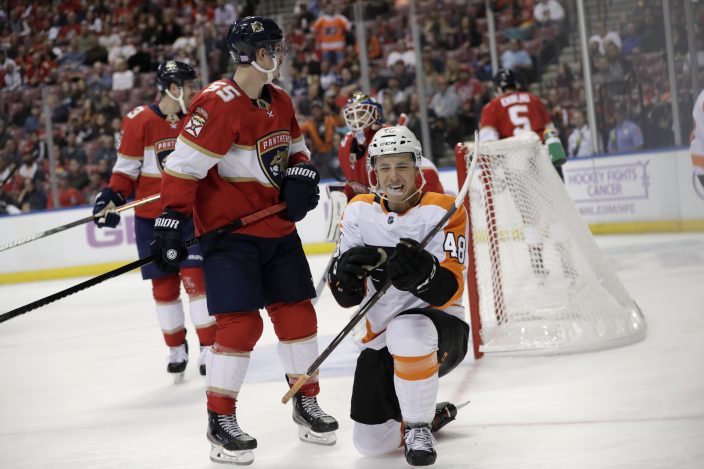 Philadelphia Flyers' Morgan Frost (48) reacts after scoring a goal during the second period of an NHL hockey game against the Florida Panthers, Tuesday, Nov. 19, 2019, in Sunrise, Fla. (AP PhotoLynne Sladky)

Connolly broke a 1-1 tie with his goal. Connolly shot from behind the goal line on the right side and the puck bounced off Hart’s mask and into the net with 7:30 left in the first to make the score 2-1.

Sanheim put the Flyers ahead 1-0 when he found a rebound that slid out to the right circle and blasted it past Bobrovsky at 6:26 in. 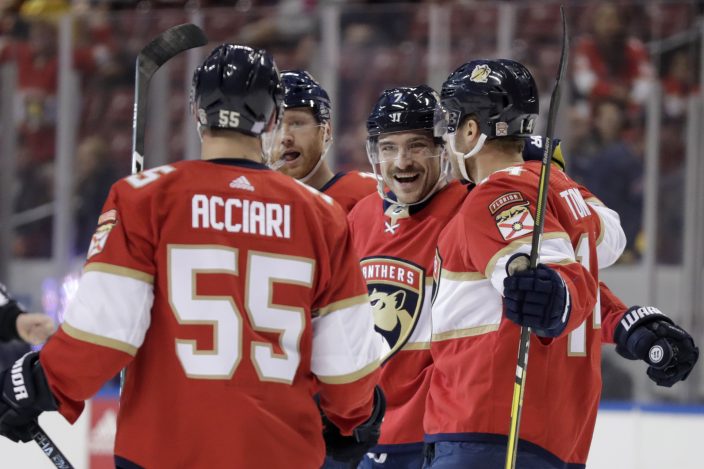 Sceviour tied it at 1 when his shot from the point deflected off a Flyers defenseman at 10:38. 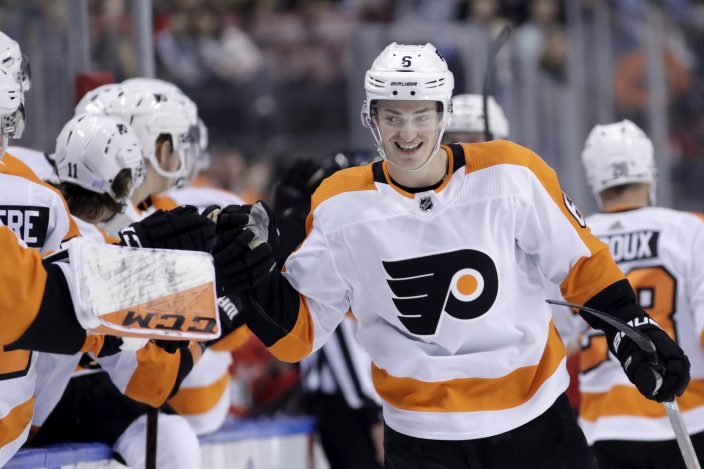 Philadelphia Flyers defenseman Travis Sanheim (6) is congratulated after scoring a goal during the first period of an NHL hockey game against the Florida Panthers, Tuesday, Nov. 19, 2019, in Sunrise, Fla. (AP PhotoLynne Sladky) 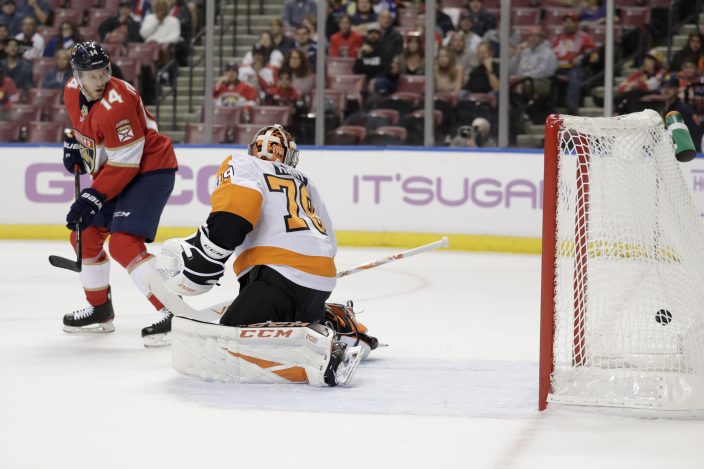 Blake Snell took a no-hitter into ...

A capsule look at the Brewers-Dodgers playoff series

A capsule look at the best-of-thre ...