Brock Nelson’s second goal of the game 2:55 into overtime capped a frantic comeback to lift the New York Islanders over the Pittsburgh Penguins 5-4 Tuesday night to extend their unbeaten streak to 15 games.

The Islanders trailed by two late in the third period before goals by Josh Bailey and Ryan Pulock in the final 4:29 of regulation forced overtime. Nelson won it when he fired a shot at Matt Murray that trickled to the goaltender’s right. Nelson tapped the rebound into the open net for his sixth goal of the season.

Anthony Beauvillier added his seventh for the Islanders, and Semyon Varlamov stopped 27 shots as New York improved to 14-0-1 in its last 15 games. 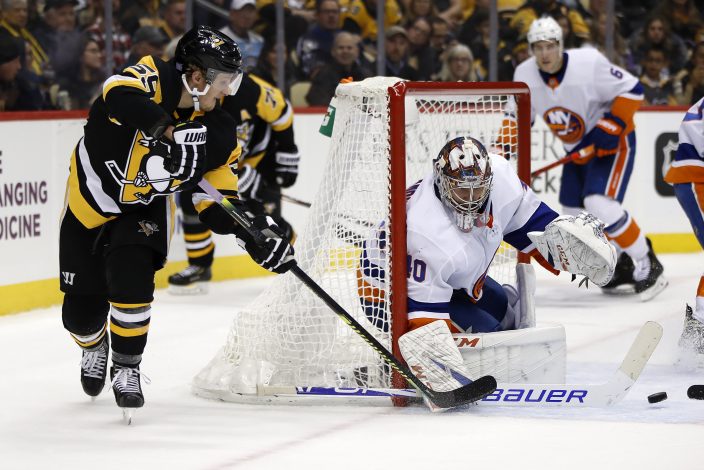 Brandon Tanev scored twice for Pittsburgh. Jake Guentzel had a goal and an assist and Bryan Rust also scored for the Penguins. Murray finished with 37 saves.

Pittsburgh handed the Islanders their only setback during this torrid stretch when it rallied form three goals down in the third period to win in overtime. New York returned the favor in the opening leg of a home-and-home that continues Thursday

Guentzel made it 4-2 early in the third period when Alex Galchenyuk stopped high in the offensive zone and found Guentzel streaking down the middle. Guentzel flipped the puck by Varlamov’s right pad and New York’s first regulation loss since the second week of the season seemed imminent. 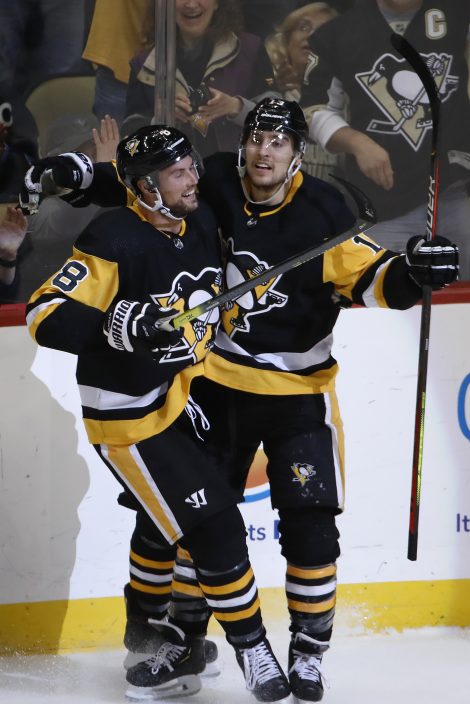 Three days removed from a massive third-period comeback against Philadelphia — when the Islanders erased a three-goal deficit to win in overtime — Bailey’s goal with 4:29 to go got New York back within one. Pulock then tied it when he drilled a slap shot from just inside the blue line with 1:32 remaining after New York pulled Varlamov for an extra skater. 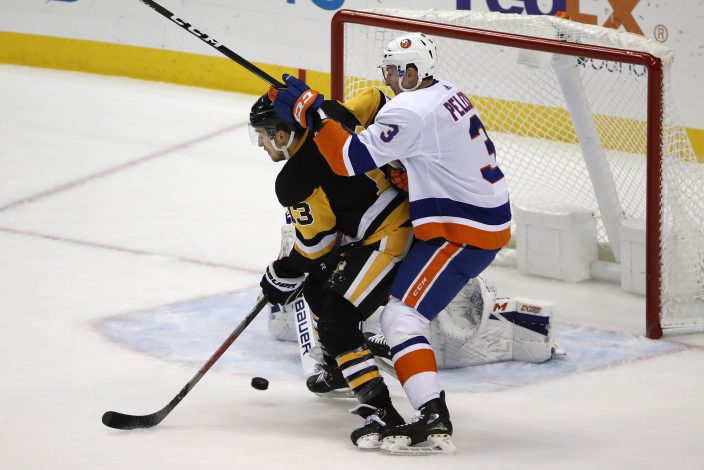 New York, as it has done regularly during the opening two months, responded emphatically. The Islanders pulled even in the second on goals 2:51 apart. Beauvillier found a soft spot in the left slot between four Pittsburgh defenders and flicked a wrist shot by Murray to make it 2-1. Nelson deflected a Leddy point shot by Murray less than three minutes later to tie it.

Yet New York’s momentum was short lived. Murray’s made a handful of key stops to keep the game even and Tanev — signed to a six-year deal in the offseason to give Pittsburgh scoring depth and some needed jump — put the Penguins back in front when he collected a Marcus Pettersson rebound in front and put together a pretty wraparound 14:31 into the second to pick up just the third multi-goal game of his four-year career.

NOTES: Nelson left briefly in the first period to be evaluated after taking a slap shot off the helmet. The puck hit Nelson’s helmet with such force a portion of it shattered. ... Penguins C Nick Bjugstad missed his second straight game due to a lower-body injury that coach Mike Sullivan said will keep him out “longer-term.” ... Pittsburgh handed out bobbleheads as tribute to general manager Jim Rutherford, who was inducted into Hockey Hall of Fame on Monday. ... The Islanders scratched D Noah Dobson and F Ross Johnston. ... Pittsburgh scratched D Chad Ruhwedel and D Kris Letang, who hasn’t played since Nov. 4 with a lower-body injury. ... The Islanders went 0 for 3 on the power play. The Penguins have killed 23 straight penalties. ... Pittsburgh went 2 for 3 with the man advantage. 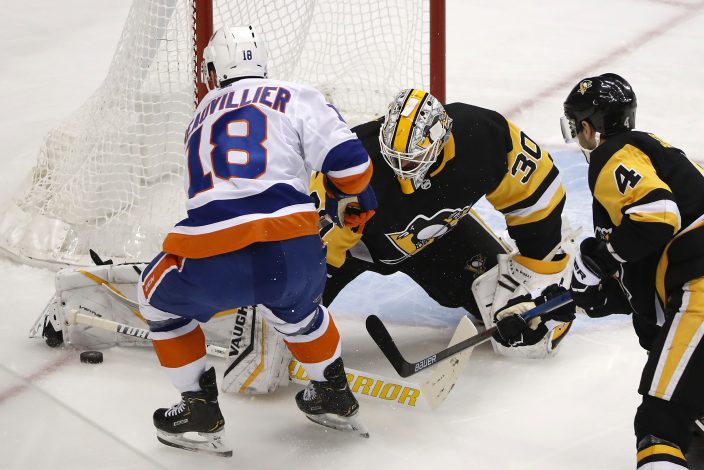 Strongly predict the malarkey of Trump-Biden debate for ...