Jrue Holiday had 22 points and 10 assists, Brandon Ingram added 21 points, and the New Orleans Pelicans spoiled Carmelo Anthony’s Portland debut with a 115-104 victory over the Trail Blazers on Tuesday night.

Anthony finished with 10 points while Portland leading scorer and four-time All-Star Damian Lillard missed his first game of the season with back spasms.

Starting at forward and playing across the street from where he led Syracuse to the 2003 NCAA championship over Kansas, Anthony scored the Blazers’ first points of the game on a 3-pointer from 26 feet out, but wound up missing 10 of 14 shots in what was the first game of his 17th NBA season. 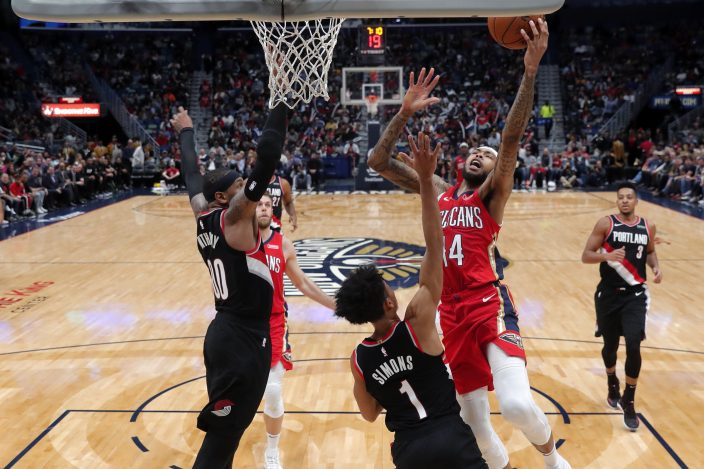 J.J. Redick hit 4 of 9 3-pointers and scored 14 points for New Orleans, which has won two straight and three of four. Kenrich Williams, who got the start at forward, filled the stat sheet with hustle plays, grabbing 14 rebounds to go with three steals and a blocked shot. He also scored eight points.

Rookie Ja Morant scored 20 points for Memphis, while Dillon Brooks finished with 18. Brandon Clarke added 17 and Jae Crowder had 15 points along with 11 rebounds as Memphis lost its second straight.