Four Democrats jumbled at the top of the party’s presidential primary are looking to begin separating themselves in the final debate before Thanksgiving begins sapping voters’ attention.

And that may mean sharpest criticism for the one with the most-recent rise, Pete Buttigieg.

The 37-year old mayor of South Bend, Indiana, has gained significant ground recently. But with top-tier status comes added scrutiny, as the other front-runners discovered in four previous debates throughout the summer and fall. 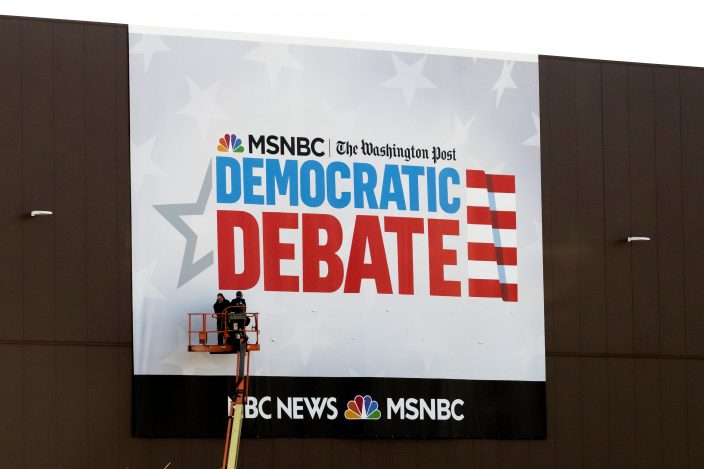 In this Tuesday, Nov. 19, 2019 photo, preparations for the Democratic presidential primary debate are underway before Wednesday's debate in Atlanta. (AP PhotoJohn Amis)

The pressure will be on Wednesday night in Atlanta for Buttigieg to demonstrate he can woo black voters and that running a city of only about 100,000 residents qualifies him to be president.

Democrats threaten to boycott next debate over labor dispute

Democrats take on President Trump in early moments of debate