The FBI has requested an interview with the whistleblower whose complaint fueled the impeachment inquiry into President Donald Trump and Ukraine.

That’s according to a person familiar with the situation, who insisted on anonymity to discuss the FBI’s request with The Associated Press.

An agent from the FBI’s Washington field office reached out to the whistleblower’s lawyers last month to seek an interview about the substance of the complaint. 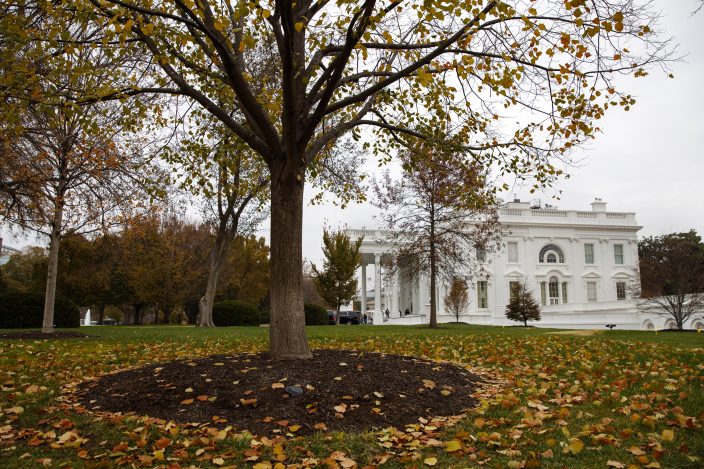 Fall foliage covers the North Lawn of the White House, Wednesday, Nov. 20, 2019, in Washington, as a public impeachment hearing of President Donald Trump's efforts to tie U.S. aid for Ukraine to investigations of his political opponents begins. (AP PhotoJacquelyn Martin)

The person said it was clear from the FBI that the whistleblower was not regarded as the target of any investigation but rather a potential witness. It’s not immediately clear what specifically the FBI might be looking into.

Spokespeople for the FBI did not immediately return a message seeking comment Wednesday.