The Latest on Israeli political developments (all times local):

Israel’s Justice Ministry says the attorney general will deliver his long-awaited decision on whether to indict Prime Minister Benjamin Netanyahu in a series of corruption cases. 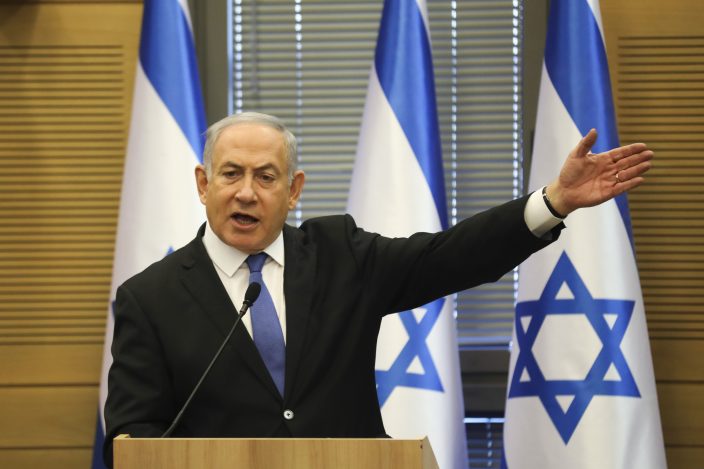 Criminal charges would not force Netanyahu to resign, but they would likely fuel calls for him to step down.

For the first time in Israeli history, the country’s ceremonial president has announced that no candidate has been able to form a government.

Reuven Rivlin informed parliament on Thursday that neither Prime Minister Benjamin Netanyahu nor his chief challenger, retired military chief Benny Gantz, have completed the task of building a coalition in the time allotted to them.

The formal expiration of the presidential mandate kicks off the final 21-day window before new elections must be called.

Netanyahu, Gantz or any other sitting lawmaker can hypothetically present the backing of a majority of parliament’s 120 members in the coming weeks. But given the prolonged stalemate and unsuccessful mediation efforts it increasingly appears the country is headed toward an unprecedented third election in less than a year.