Amnesty International is denouncing what it calls serious human rights violations by security forces in Chile.

The human rights group said in a report released Thursday that security forces had violated protesters’ rights to peaceful assembly and free expression.

The group mentions the use of military armament against protesters and said it had documented torture, sexual abuse, and eye injuries from pellet guns and tear gas. 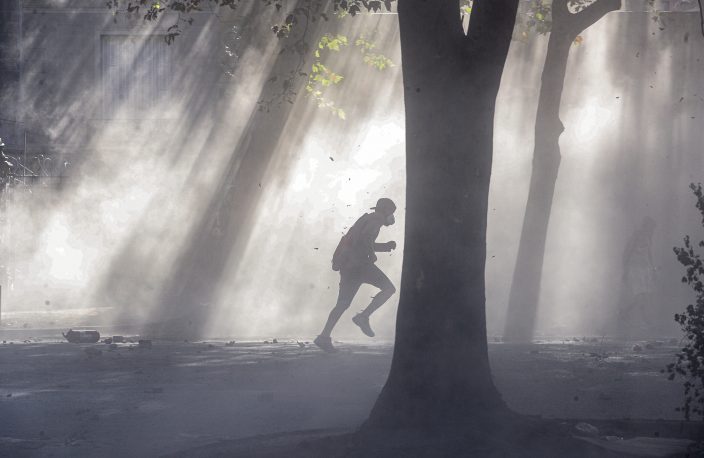 An anti-government demonstrator runs through a tear gas cloud during clashes in Santiago, Chile, Tuesday, Nov. 19, 2019. Chile has been facing weeks of unrest, triggered by a relatively minor increase in subway fares. The protests have shaken a nation noted for economic stability over the past decades, which has seen steadily declining poverty despite persistent high rates of inequality. (AP PhotoEsteban Felix)

Chile’s National Institute of Human Rights says 26 people have been killed and more than 2,300 civilians injured in the protests. It says security forces are confirmed to have killed five people.

Amnesty International cites police as saying 1,600 officers have been injured.

Six years and one day since South ...

Chilean police suspend use of pellet guns against protesters

Chile locked in dispute over who will draft new constitution