Greece’s prime minister says European Union nations have failed to respond to a request to take in 3,000 unaccompanied minors currently living in refugee camps and other facilities around the country.

Kyriakos Mitsotakis, speaking in parliament Friday, said there had been no response to his government’s request, adding that partner nations “had not acted honorably” on the issue.

Mitsotakis outlined plans by his conservative government to overhaul the asylum and reception system in Greece, moving around 20,000 refugees and migrants by the end of the year from the Greek islands to the mainland, and creating detention centers aimed at speeding up deportations back to Turkey. 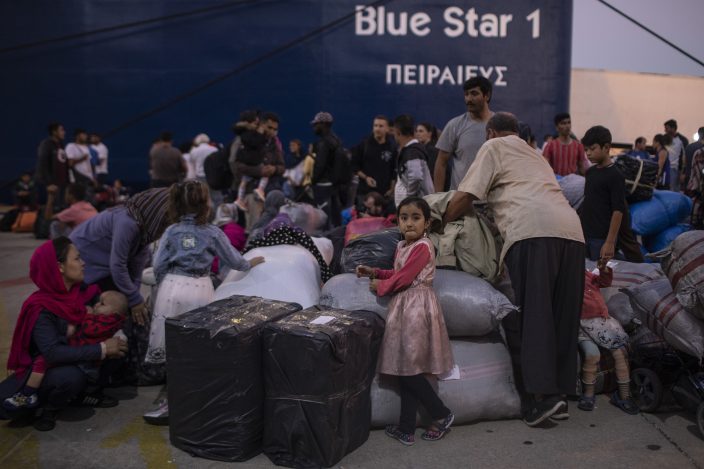 On this Tuesday, Oct. 1, 2019 photo, an Afghan child stands next her family's belongings after disembarking from a ferry with other refugees and migrants at the port of Piraeus, near Athens. Greece's conservative government announced Wednesday Nov. 20, 2019, plans to overhaul the country's migration management system, and replacing existing camps on the islands with detention facilities and moving and 20,000 asylum seekers to the mainland over the next few weeks. (AP PhotoPetros Giannakouris)

A Connecticut man charged with mur ...

Migrants remain in Bosnia make-shift camp amid snow and cold