Three days after the death of his father, Roberto Bautista Agut beat Félix Auger-Aliassime 7-6 (3), 6-3 to give Spain a 1-0 lead over Canada in the Davis Cup final on Sunday.

An emotional Bautista Agut pointed his finger to the sky while celebrating his victory.

Top-ranked Rafael Nadal can secure Spain the title at the inaugural Davis Cup Finals with a victory against Denis Shapovalov in the second singles match later Sunday. 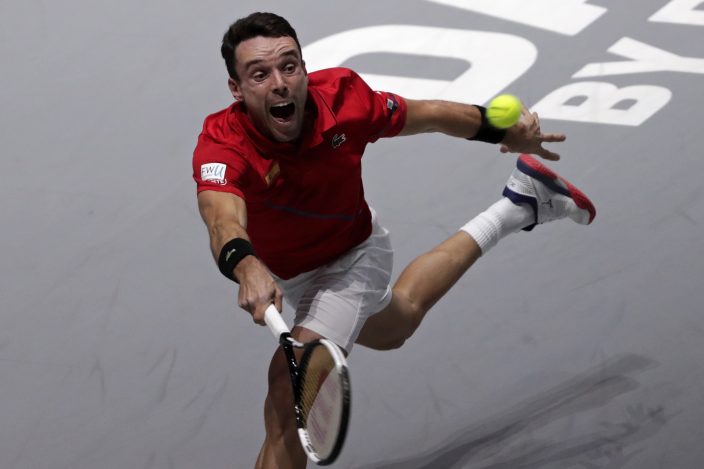 Bautista Agut hadn’t played since leaving the Spanish team a day after defeating Nikola Mektic of Croatia on Wednesday. His father died on Thursday after an illness that stemmed from a 2016 accident.

Bautista Agut prevailed in the first-set tiebreaker and earned two breaks early in the second set to clinch the win on his first match point.

Spain’s Marcel Granollers and Feliciano López were scheduled to face Shapovalov and Vasek Pospisil in the doubles, although Nadal is likely to play if the title was at stake. Nadal played in the decisive doubles on Friday and Saturday. 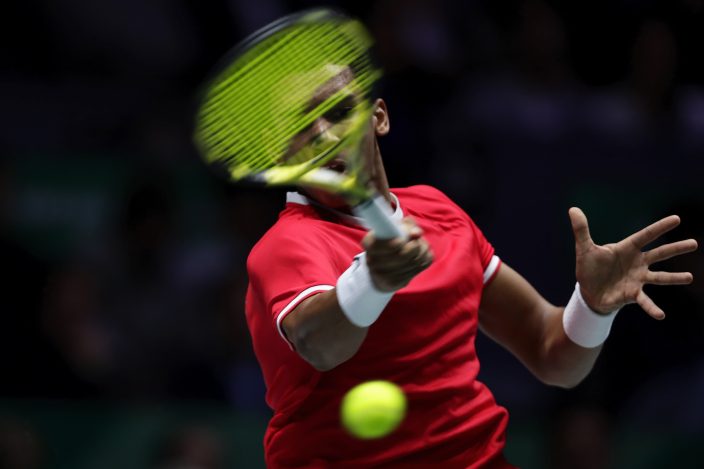 Canada is seeking its first Davis Cup title. Five-time champion Spain — in its 10th final — hasn’t won the competition since 2011.