Five days of impeachment hearings were a boon to programmers and accountants at the cable news networks. For the big broadcasters, not so much.

The daytime hearing audience ranged from a high of 13.8 million on opening day to a low of 11 million on the third day, the Nielsen company said.

CNN, Fox News Channel and MSNBC showed every minute of the hearings, even the two times it stretched into the evening. And they were rewarded: Fox (2.5 million viewership average over five days), MSNBC (2.48 million) and CNN (1.68 million) each had more people watching the hearing than would tune in on a typical day. In the cases of MSNBC and CNN, the networks more than doubled their daytime average, Nielsen said. 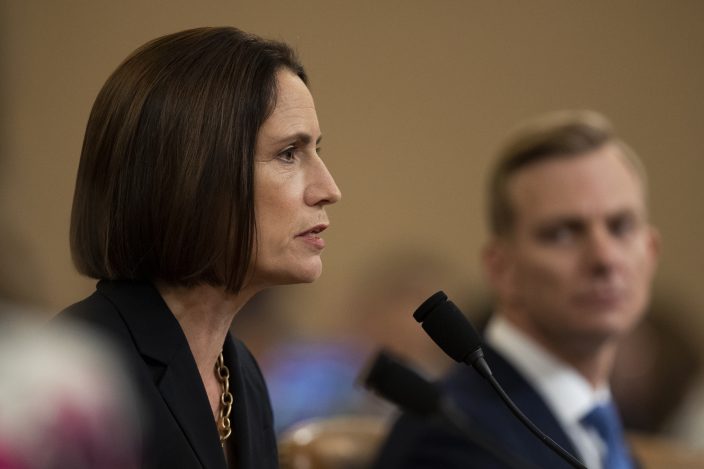 This interest had residual benefits elsewhere; both the Sean Hannity and Tucker Carlson prime-time shows on Fox had their most-watched month ever in November.

The picture is different on the broadcast networks. CBS' average of 1.82 million viewers for the hearings was better than ABC and NBC, but it was still lower than the 3.3 million people that CBS' top-rated daytime programming gets on a typical day. While there was time for some commercials during breaks in the hearing, there were far fewer ads than are usually run.

That reality is likely why CBS, on the hearing's third day, gave its affiliates the option to opt out of afternoon testimony. And none of the three broadcast networks stuck with the testimony for the two times it stretched into the evening.

One saving grace for the networks is that "it's not really costing them as much as one might think," said Marc Krigsman, CEO of SQAD, a New York-based advertising and marketing firm.

Networks leave wiggle room in their budgets for pre-emptions for news events, and typically don't have to pay a penalty to advertisers for commercial time missed for this reason, Krigsman said. Any losses they incur are mitigated somewhat by higher ratings on morning and evening news programs, he said.

The timing was bad for some of the daytime shows, however, since November is a ratings "sweeps" month where ratings take on extra importance, he said.

If there's an extended impeachment trial, that will likely mean tough decisions for broadcast executives about whether to stick with it, particularly since they all have the capacity to stream the coverage online where people can watch on a side screen at work.

That may be problematic for non-broadcasters.

"The productivity that is potentially lost across the businesses is something to look at as well," Krigsman said.

NBC returned to the top of the primetime rankings last week with a strong Sunday night football matchup between Green Bay and San Francisco. The network averaged 7 million viewers for the week, Fox averaged 6.1 million, CBS had 5.9 million, ABC had 4.4 million, Telemundo had 1.5 million, Univision had 1.3 million, ION Television had 1.2 million and the CW had 750,000.

Fox News Channel was the week's most popular cable network, averaging 2.92 million viewers in prime time. ESPN had 2.63 million, MSNBC had 2.4 million, Hallmark had 1.59 million and CNN had 1.15 million.

ABC's "World News Tonight" topped the evening newscasts with an average of 8.8 million viewers. NBC's "Nightly News" was second with 8 million and the "CBS Evening News" had 5.6 million viewers.

ABC is owned by The Walt Disney Co. CBS is owned by CBS Corp. CW is a joint venture of Warner Bros. Entertainment and CBS Corp. Fox is owned by Fox Corp. NBC and Telemundo are owned by Comcast Corp. ION Television is owned by ION Media Networks.

Nielsen says World Series is a snooze for most TV viewers

Nielsen says it will include out-of-home viewing soon

TV viewership down, social media up for VMSs