The chairman of the House Judiciary Committee is asking President Donald Trump to say whether he’ll send his attorneys to participate in impeachment proceedings before the panel.

Rep. Jerrold Nadler also is asking Republicans on his committee which witnesses they plan to ask permission to subpoena.

The letters from the New York Democrat on Friday come as the House impeachment probe enters a new phase with a hearing next week on whether Trump’s actions might constitute impeachable offenses. 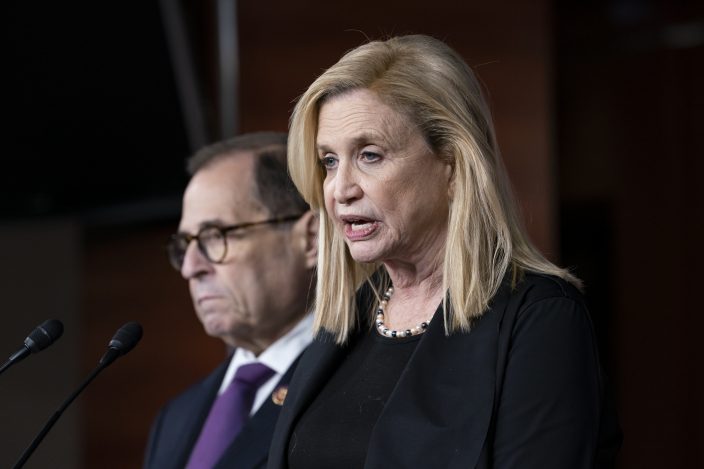 FILE - In this Oct. 31, 2019, file photo, Rep. Carolyn Maloney, acting chair of the House Committee on Oversight and Reform, joined at left by Rep. Jerrold Nadler, chairman of the House Judiciary Committee, meet with reporters to discuss the next steps of the impeachment investigation of President Donald Trump, at the Capitol in Washington. House Democrats are set to choose who will lead the powerful Oversight and Reform Committee _ a key role in the ongoing impeachment inquiry of President Donald Trump. Three veteran lawmakers, including Maloney of New York, the acting chairwoman, are seeking to replace the late Rep. Elijah Cummings of Maryland, who died last month. (AP PhotoJ. Scott Applewhite, File)