The rock band The Who announced Tuesday night it will play its first Cincinnati area concert since 11 fans died 40 years ago in a pre-show stampede.

The Rock & Roll Hall of Fame band will play April 23 at Northern Kentucky University’s BB&T Arena, across the Ohio River 7 miles south of the Dec. 3, 1979, concert site, where another two dozen people were injured Dec. 3, 1979, amid confusion and lack of preparation for thousands of fans lined up for hours for first-come seats.

The announcement came after WCPO-TV in Cincinnati aired a Tuesday night documentary featuring interviews with lead singer Roger Daltrey and guitarist Pete Townshend, the remaining original members of the British band that emerged in the 1960s featuring songs of youthful rebellion such as “My Generation” and its “Summertime Blues” cover. 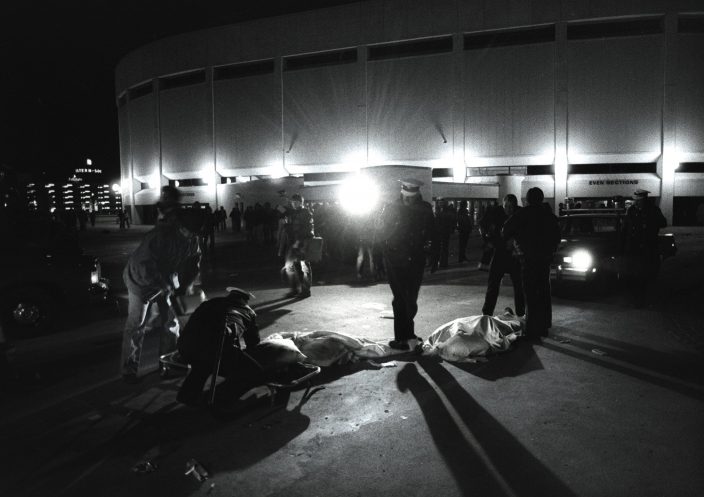 FILE - In this Dec. 3, 1979 file photo, Cincinnati police officers help people crushed during a performance by the rock group The Who in Cincinnati, Ohio. Eleven fans of the rock band were killed when a thousands-strong crowd stampeded to get into Cincinnati’s riverfront coliseum. (Ed ReinkeThe Cincinnati Enquirer via AP, File)

Both have said they’ve been haunted by the tragedy. Townshend recently told The Associated Press he was looking forward to discussing it in Cincinnati.

“Now we can have a conversation about it when we go back,” Townshend said.

“We will meet people and we’ll be there. We’ll be there. That’s what’s important,” he said. “I’m so glad that we’ve got this opportunity to go back.” 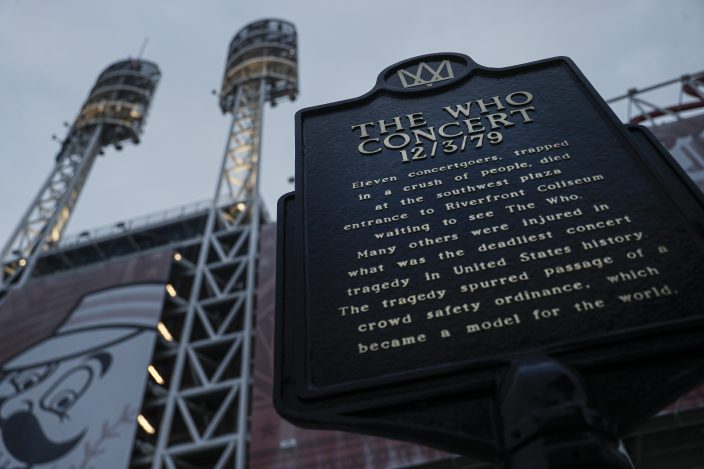 In this Wednesday, Nov. 20, 2019 photo, a memorial plaque for eleven concertgoers killed at a 1979 concert stands between Great American Ballpark and Heritage Bank Arena, in Cincinnati. Tragedy four decades ago linked the British rock band The Who to a small suburban city in Ohio. In recent years, members of the community and the band have bonded through a project to memorialize the three teens from Finneytown who were killed in a frantic stampede of people trying to get into The Who’s Dec. 3, 1979, Cincinnati concert. (AP PhotoJohn Minchillo)

The band is adding the concert to its “Moving On!” tour 2020 dates.

The Who said it will donate a portion of proceeds from the Cincinnati area concert to a memorial scholarship fund benefiting students in the Cincinnati suburb of Finneytown. Daltrey visited a Finneytown High School memorial site in 2018 and the band has for years supported the scholarship effort there. Three of the 11 killed, including two 15-year-old girls who were the youngest victims, had attended Finneytown High.

The band didn’t know about the tragedy until the concert was ending. Longtime manager Bill Curbishley had made the decision to have the show go on, warning Cincinnati authorities that they wouldn’t be able to control the crowd if the concert was called off. 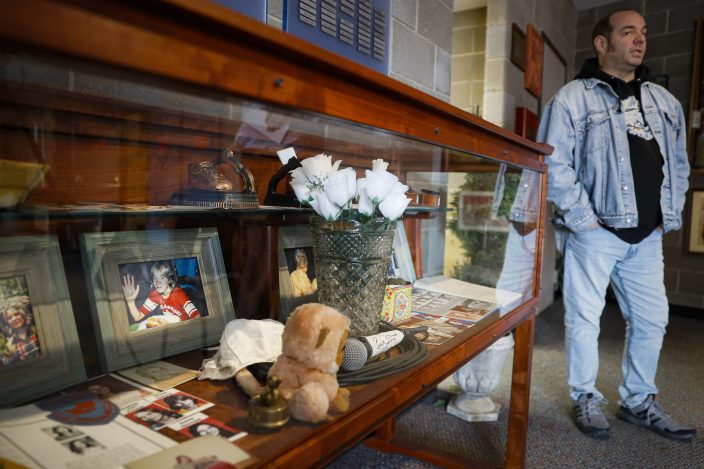 In this Thursday, Nov. 21, 2019 photo, Fred Wittenbaum, of the P.E.M. scholarship that memorializes the three Finneytown students killed in a stampede at The Who's Dec. 3, 1979 concert, stands beside a cabinet of mementoes honoring the dead at the Finneytown High School secondary campus, in Finneytown, Ohio. Tragedy four decades ago linked the British rock band to the small suburban city in Ohio. In recent years, members of the community and the band have bonded through a project to memorialize the teens. (AP PhotoJohn Minchillo)

“Despite everything, I still feel inadequate,” he told WCPO. “I don’t know about the guys, but for me, I left a little bit of my soul in Cincinnati.” 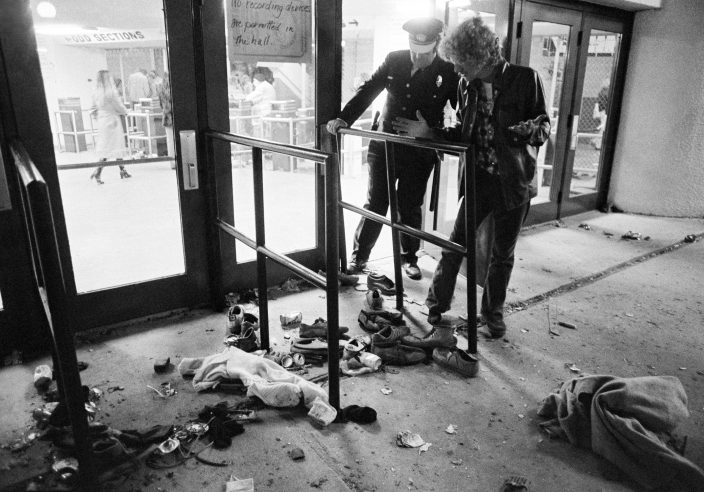 FILE - In this Dec. 3, 1979 file photo, a security guard and an unidentified man look at an area where several people were killed as they were caught in a surging crowd entering Cincinnati's riverfront coliseum for a concert by the British rock band The Who. (AP PhotoBrian Horton, File) 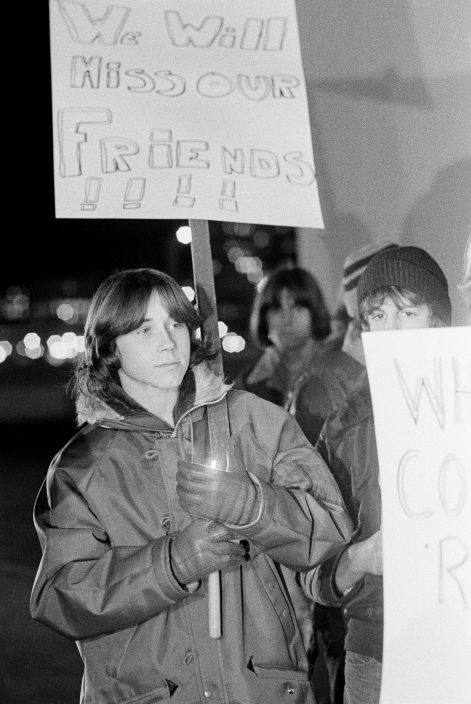 FILE - In this Dec. 4, 1979 file photo, a young man shields his candle from the wind during a memorial service for those killed during a stampede at a rock concert by the British rock band The Who at Cincinnati riverfront coliseum in Cincinnati, Ohio. (AP PhotoBrian Horton, File) 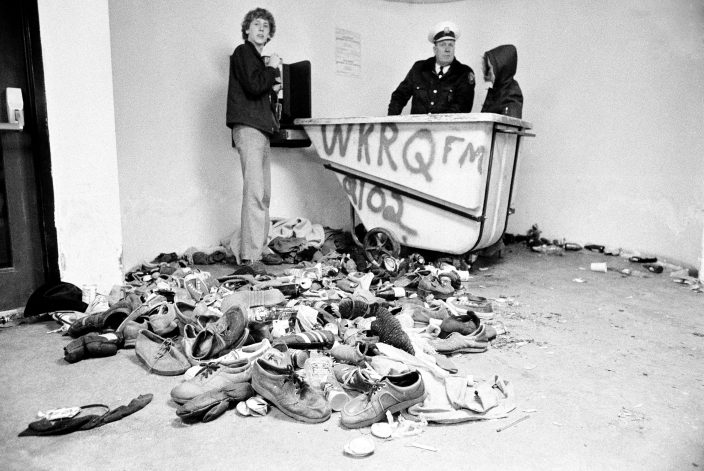 FILE - In this Dec. 3, 1979 file photo, concert-goers and a policeman stand with a pile of shoes and clothing which were left after a crowd surged toward doors to Cincinnati's riverfront coliseum to get into a rock concert by British rock band The Who, in Cincinnati, Ohio. Eleven fans where killed in the tragedy. (AP PhotoBrian Horton, File)