World No. 1-ranked amateur Takumi Kanaya birdied his final two holes Thursday for a 6-under 65 and a two-stroke clubhouse lead at the Australian Open.

Playing the back nine at The Australian Golf Course to open his round, the Japanese player had five birdies. He bogeyed the par-4 third hole before making birdie on the eighth and ninth holes. 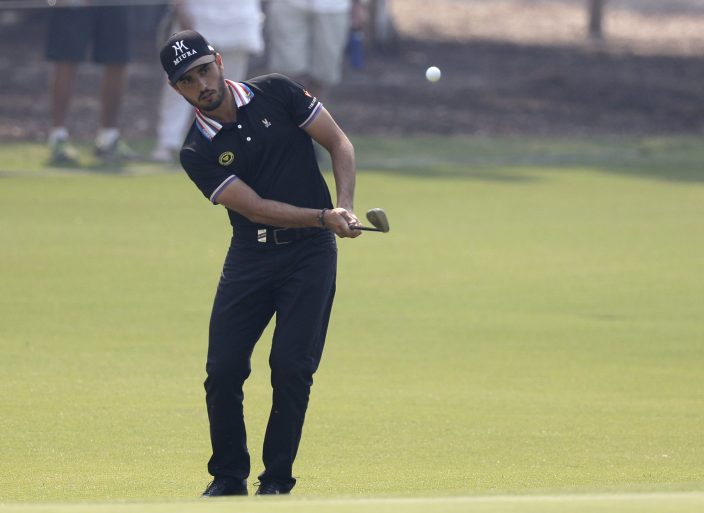 Mexico's Abraham Ancer chips from the fringe of the 2nd green during the opening round of the Australian Open golf tournament in Sydney, Thursday, Dec. 5, 2019. (AP PhotoRick Rycroft)

Former champion Matt Jones was among those tied for second with a 67. Presidents Cup International player Marc Leishman shot 69 and was four behind.

‘’I played pretty good, hit some really good shots and hit some stinkers, but coming off a month off you probably expect that,'''Leishman said. ‘’It wasn’t the ideal start.' 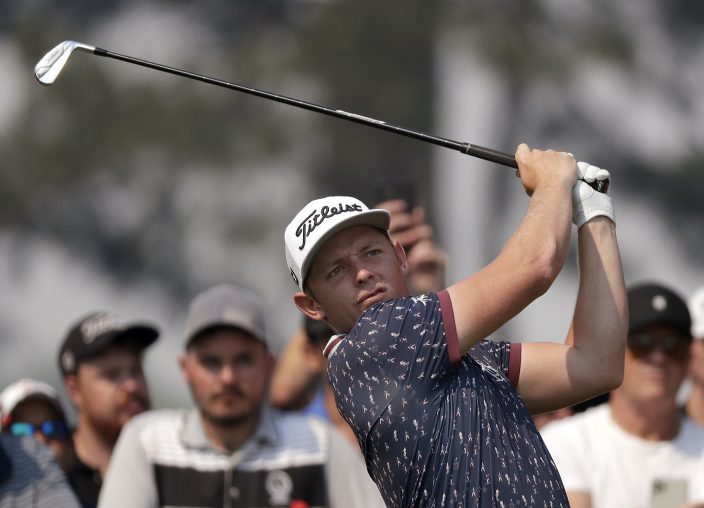 Australia's Cameron Smith tees off on the 3rd hole during the opening round of the Australian Open Golf tournament in Sydney, Thursday, Dec. 5, 2019. The Australian Open begins Thursday. (AP PhotoRick Rycroft)

The tournament got under way Thursday under clearer skies after Sydney's smoke haze had threatened to cause health issues for some of the players and spectators. After two days of smog, a sea breeze helped improve air quality for the first round.

But Jones still wasn't happy with the smog. 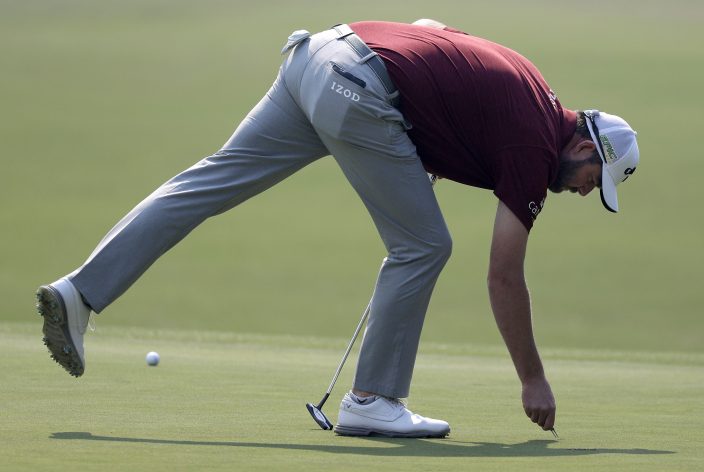 Australia's Marc Leishman fixes a pitch mark on the 2nd green during the opening round of the Australian Open golf tournament in Sydney, Thursday, Dec. 5, 2019. (AP PhotoRick Rycroft)

‘’It's awful," Jones said. "I'm not sure what the forecast is not good at all. It's tough to see your golf ball when you're out there playing, where it finishes. Your eyes do burn up. It's not fun. I hope my kids are inside in the hotel room."

Demonstrators in Berlin called for ...

No. 1 Djokovic faces No. 2 Nadal in Australian Open final