Zach LaVine scored 25 points, Wendell Carter Jr. had 16 points and 13 rebounds, and the Chicago Bulls hung on for a 106-99 victory over the short-handed Memphis Grizzlies on Wednesday night after nearly losing a 22-point lead.

Jonas Valanciunas had 32 points and 13 rebounds, and Jaren Jackson Jr. and Jae Crowder each scored 15 points for Memphis, which has dropped eight of nine. 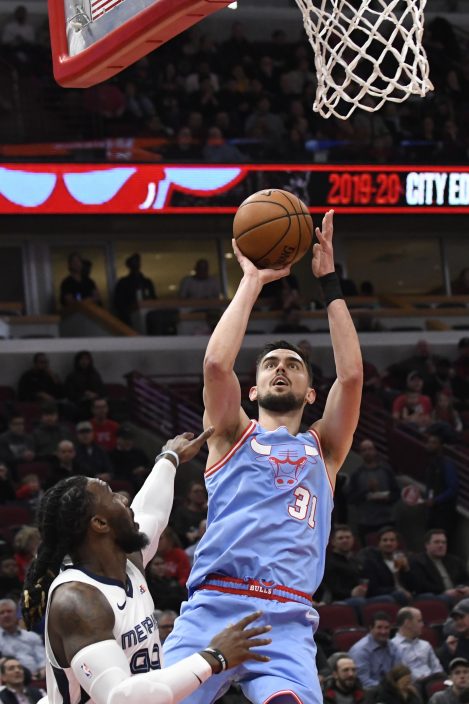 Rookie Ja Morant, the Grizzlies’ leading scorer at 18.6 points per game, missed his third straight game with back soreness.

The Bulls scored the game’s first seven points and had a 13-2 lead after four minutes. Scoring consistently was a problem for Memphis throughout the first half.

Chicago had its biggest lead at 50-28 with 3½ minutes to go in the second before the Grizzlies scored the final seven points of the quarter to make it 50-35 at halftime. 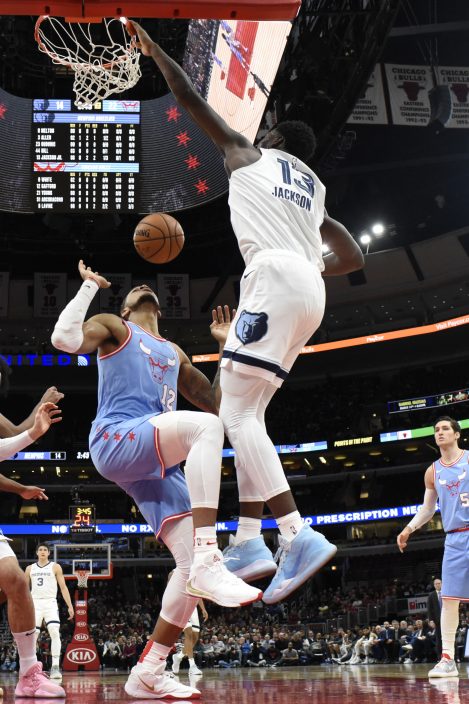 LaVine opened the scoring in the third quarter to make it 52-35, but Memphis then ran off eight straight to pull within 52-43.

A few minutes later, the Chicago lead was down to 61-55 following a five-point possession. De’Anthony Melton was fouled on a clear-path call and sank both free throws. After the Grizzlies inbounded the ball, Crowder hit a 3-pointer.

That was as close as Memphis would get in the third. The Bulls closed the quarter with a 17-5 run for a 78-64 edge heading into the fourth. 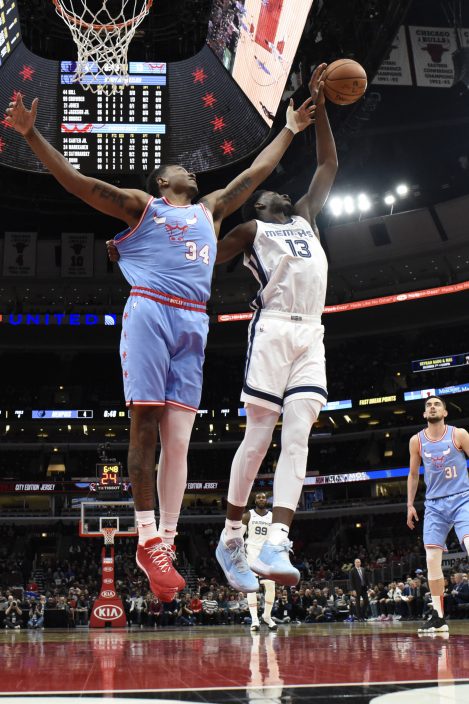 LaVine, though, answered with five quick points and Kris Dunn hit a 3-pointer with 3 minutes left to get the lead back up to 96-87. The Bulls hung on from there.

Grizzlies: Valanciunas returned after missing the previous two games with flu-like symptoms. Before the game, coach Taylor Jenkins thought he might have to limit his center’s minutes, but he played 29 minutes, more than his season average of 24.6 … Rookie F Brandon Clarke (left oblique soreness) and F Kyle Anderson (right heel soreness) also sat out.

Grizzlies: At the Utah Jazz on Saturday night in the second of a four-game road trip.

US home sales soared 3.8% in December

The only functioning airport in Li ...