Asian shares were mostly higher Thursday amid renewed hopes a U.S. trade deal with China may be near, despite recent tough talk from President Donald Trump.

Shares on Wall Street finished higher, with gains snapping a three-day losing streak for the S&P 500. The U.S. market has swung sharply for months on every hint of progress about talks between the world’s largest economies, and Asian regional indexes have tended to reflect those fluctuations. 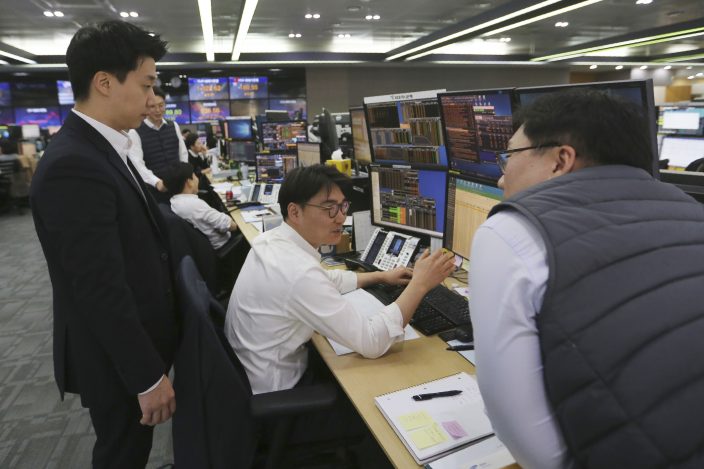 In the latest development, Bloomberg News reported that U.S. negotiators expect a “Phase 1” trade agreement to be completed before U.S. tariffs are set to rise on Chinese products Dec. 15.

The report came a day after Trump said he wouldn’t mind waiting until after the 2020 elections for a deal, a remark that officials reportedly called off the cuff but nevertheless sent markets skidding.

“The trade war will be the key driver of sentiment in the immediate few weeks,” DBS Group analysts wrote in a report. 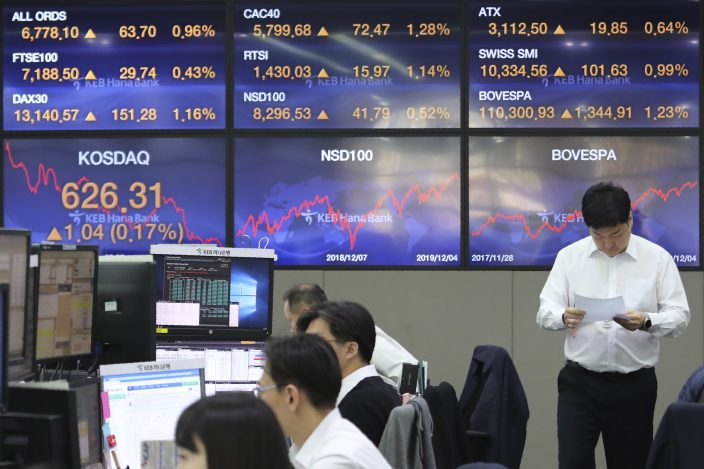 Reaction was muted to reports by Kyodo and other Japanese media that Tokyo plans a 26 trillion yen ($239 billion) stimulus package to prop up growth, following an October sales tax hike.

The package, set to be approved later in the day, includes 13 trillion yen ($119 billion) of government spending and the remainder coming from the private sector, the reports said.

ENERGY: Benchmark U.S. crude lost 22 cents to $58.21 a barrel in electronic trading on the New York Mercantile Exchange. It climbed $2.33, or 4.2%, to $58.43 per barrel on Wednesday, as members of OPEC prepared to meet later this week and vote on production levels. Brent crude, the international standard, slipped 10 cents to $62.90.

It could be another long season fo ...

Trump to rally in New Hampshire on eve of state's ...

New Hampshire is getting its first ...