Borussia Mönchengladbach is trying to turn back the clock to the 1970s.

That was the decade when Gladbach was an unstoppable force in what was then West German soccer, winning five league titles, including three in a row.

Now the good times have returned. Gladbach is at the top of the Bundesliga and hosts defending champion Bayern Munich on Saturday. For the first time in years, it will be a meeting of equals, rather than damage limitation. “We want to get points, we want to win and obviously we're in a good position to do that,” Gladbach coach Marco Rose said of the Bayern game following Saturday's 4-2 win over Freiburg. “I think this stadium will be on fire for us next week, in the sense of the atmosphere, and we're going to try to put this game together.”

Gladbach's players gathered in front of their fans after the win over Freiburg as goalscorer Marcus Thuram hoisted aloft a corner flag topped with a Christmas sweater. Despite the celebrations, though, the players know it's a tough task on Saturday.

“It's going to need a glittering day from us to be successful in this game,” Gladbach striker Breel Embolo said. “We want to win against every opponent. If we play to our performance level, then we can definitely get on Bayern's nerves." 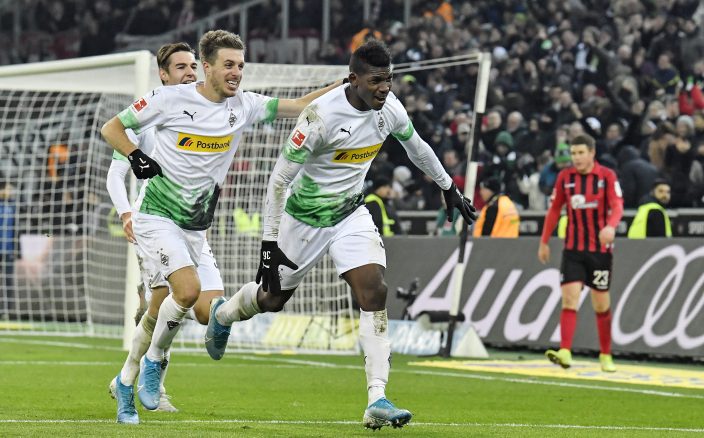 Bayern travels to Gladbach after losing to Bayer Leverkusen 2-1 last week. That ended a winning start under interim coach Hansi Flick but seemed more like an unlucky blip than a sign of decay, given that Bayern hit the woodwork repeatedly.

If there's a draw, that would favor second-place Leipzig, which could take over first with a win against Hoffenheim.

The spotlight doesn't come often to Mönchengladbach, a smallish industrial city near the border with the Netherlands, and locals rely on their soccer club to keep the city on the national stage. 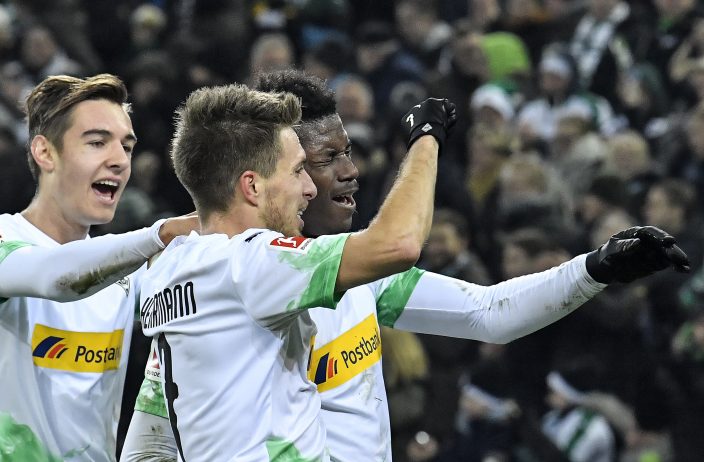 In the 1970s, it was with players like attacking midfielder Günter Netzer, who won two league titles with Gladbach before joining Real Madrid in what was then a rare international transfer. The club's mascot is a grinning foal named Jünter.

These days, the heroes are players like Thuram, the son of former France international Lilian Thuram, who has scored six goals and set up four more in his last nine Bundesliga games. There's also 2014 World Cup winner Matthias Ginter and two mainstays of the Swiss national team, Embolo and goalkeeper Yann Sommer.

After winning the Bundesliga title in 1977, the following four decades were lean times for Gladbach, with the exception of a solitary German Cup win in 1995. Gladbach's players and fans know this season's chance may not come again, or at least not for another few decades. 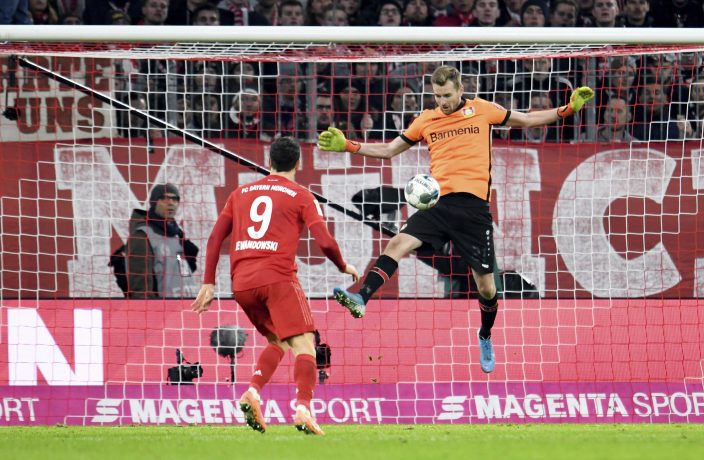 James Ellingworth is at www.twitter.com/jellingworth