Turkish President Recep Tayyip Erdogan has confirmed that Turkey dropped its objection to a NATO plan to bolster the defense of Poland and Baltic states neighboring Russia but warned allies that it expects support in its fight against terrorism.

Erdogan made the comments to Turkish journalists in London on Thursday, a day after NATO members reaffirmed their commitment to collective defense at a summit meeting.

Turkey had threatened not to endorse the plan for Poland and the Baltic nations, after other NATO members criticized its military operation in Syria, launched to drive away Syrian Kurdish fighters away from its border. Turkey considers the Kurdish fighters as terrorists. 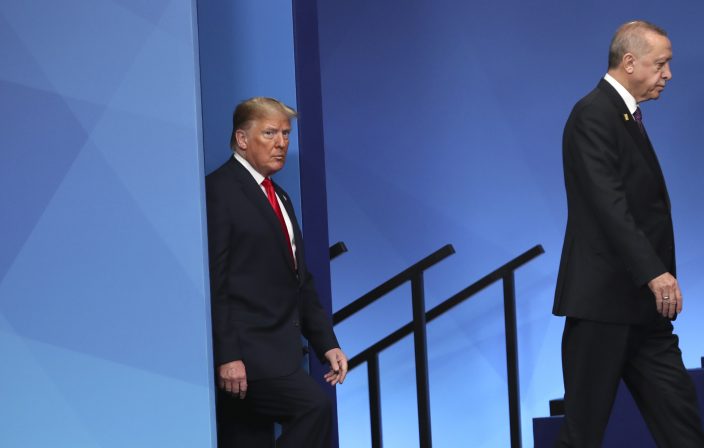 Erdogan said: "We said 'yes' to this business but you (NATO allies) should not leave us alone in the fight against terrorism."

Erdogan: Turkey not seeking alternatives to ties with West