Artemi Panarin scored the decisive goal in his return to Columbus, leading the New York Rangers to a 3-2 win over the Blue Jackets on Thursday night.

Panarin's goal was his team leading 13th. He left Columbus after signing a lucrative free-agent contract in the offseason with New York.

Serenaded with boos nearly every time he touched the puck, Panarin was cheered during a first-period video tribute that acknowledged his contributions during two seasons in Columbus. He was often electric in making plays and putting the puck in the net, twice setting the franchise record for points in a season, including 87 last season. 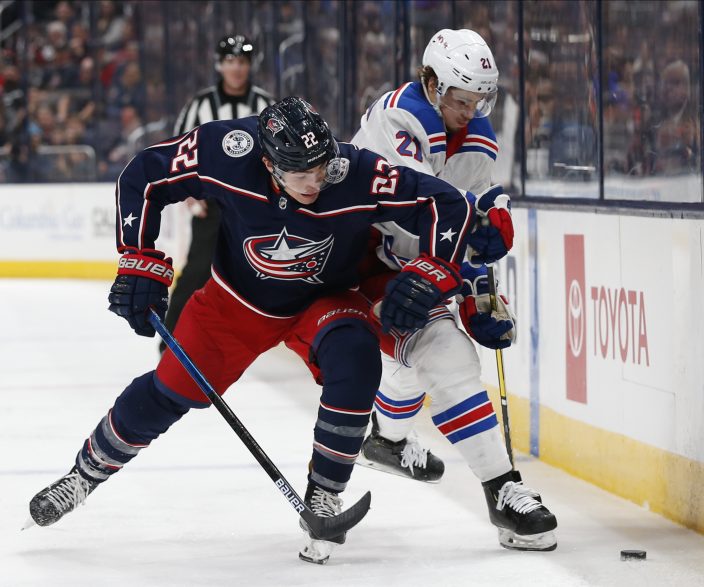 Brendan Lemieux and Jacob Trouba also scored for New York. The Rangers improved to 5-1-1 over their past seven games. Backup goalie Alexander Georgiev was impressive in making a season-high 45 saves.

Cam Atkinson and Seth Jones scored for Columbus, which struggled offensively in a third straight loss. Joonas Korpisalo made 16 saves.

So far this season, Columbus has missed Panarin's offensive spark. The Blue Jackets entered play next-to-last in the NHL in goals scored. 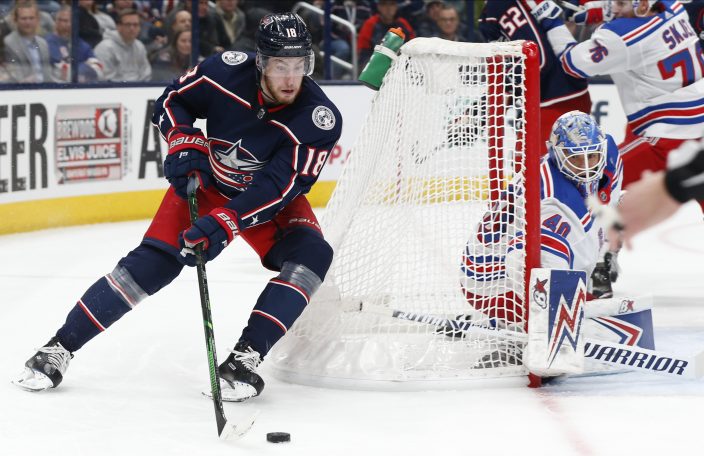 Early on it seemed as if the Blue Jackets were primed for a breakout. They hit a few posts and Georgiev was sharp. The Rangers were outshot 18-6, but escaped the first period tied 1-1.

A linemate of Panarin's during a career-best 41-goal outburst but struggling this season, Atkinson started the scoring. Gliding into the zone, he let go a shot from between the circles, beating Georgiev between the legs at 12:43 for his fifth goal, and second in 18 games.

At the tail end of the period, Lemieux snapped a shot past Korpisalo on a centering pass from behind the net from Mika Zibanejad for his fifth at 19:52. 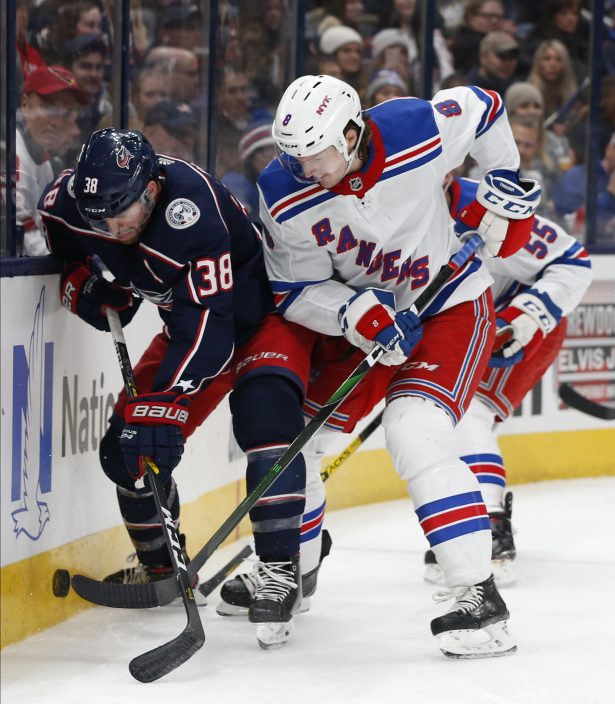 In the second period with the Rangers on the power play, Panarin nearly scored on a one-timer from the off wing, but Korpisalo stretched his right pad to make the stop. Seconds later Trouba, from nearly the same spot, scored at 5:46, giving the Rangers a 2-1 lead on only nine shots.

New York made it 3-1 at 15:32 after a Columbus defensive breakdown on a missed Rangers shot left Panarin alone in front for an easy score into an open net.

In the third period, Jones pulled Columbus within one on a nice individual effort for his fourth at 3:33. He spun past Pavel Buchnevich at the blue line and eluded two more Rangers in front before scoring. 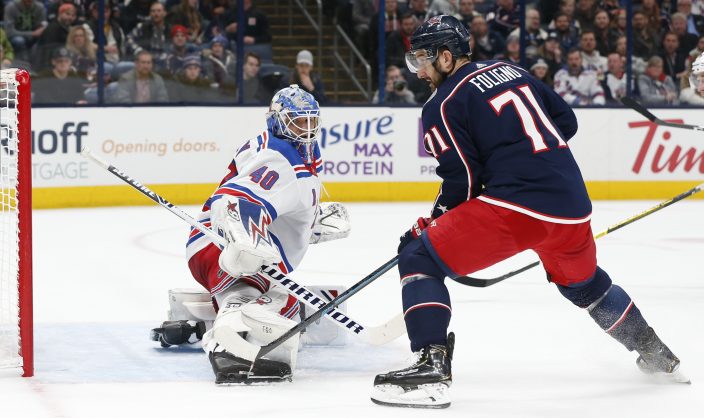 The Rangers closed it out short-handed with Brady Skjei in the penalty box for tripping Gustav Nyquist with 2:10 to play. Once again it was Georgiev holding his ground. He turned aside a long shot by Pierre-Luc Dubois through traffic, then stopped Oliver Bjorkstrand with a glove save on the rebound.

NOTES: New York president John Davidson, who joined the Rangers in the offseason from Columbus, received a video tribute during the first period. He served as the Blue Jackets' president of hockey operations for seven seasons. ... Panarin signed a seven-year, $81 million contract with the Rangers. In two seasons with Columbus, he registered 169 points (55 goals, 114 assists) in 160 games. He recorded the two highest single-season assists and points totals in franchise history (59 assists in 2018-19 and 55 assists in 2017-19; 87 points in 2018-19 and 82 points in 2017-18). ... Blue Jackets D Andrew Peeke, drafted 34th overall in 2016, made his NHL debut. ... Nick Foligno recorded his 300th career point on Atkinson's goal. ... Columbus C Riley Nash played his 500th career game. ... Blue Jackets coach John Tortorella coached his 1,485th game, tying Darryl Sutter for 14th all-time in the NHL. ... Rangers D Libor Hajek injured his knee in the first period and did not return.

Columbus: At the Florida Panthers against former netminder Sergei Bobrovksy on Saturday.