Phil Kessel has overcome a slow start and is headed in the right direction for the Arizona Coyotes.

Kessel scored two goals to lead the Coyotes to a 3-1 victory over the Philadelphia Flyers on Thursday night.

Darcy Kuemper made 28 saves and Conor Garland also scored for the Coyotes, who improved to 10-3-3 on the road. 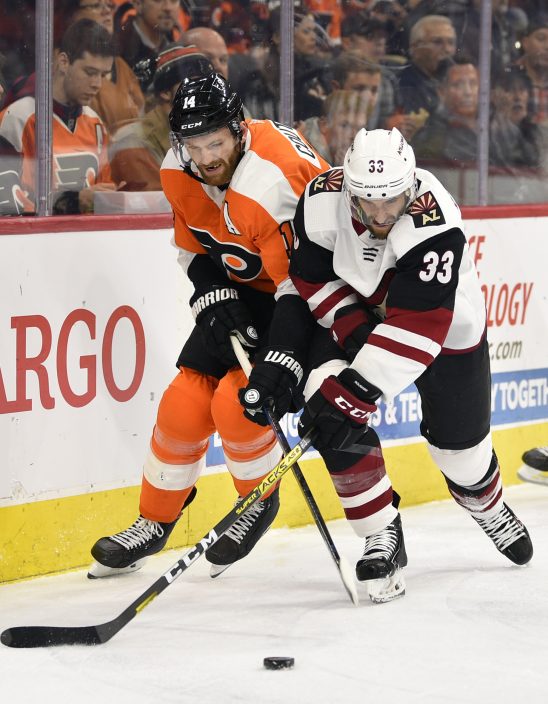 Kessel scored on the power play 2:25 into the game, putting Arizona up 1-0. Clayton Keller passed to Kessel in front and the veteran forward scored through goalie Brian Elliott’s legs.

Kessel added an empty-netter with 1:02 remaining. 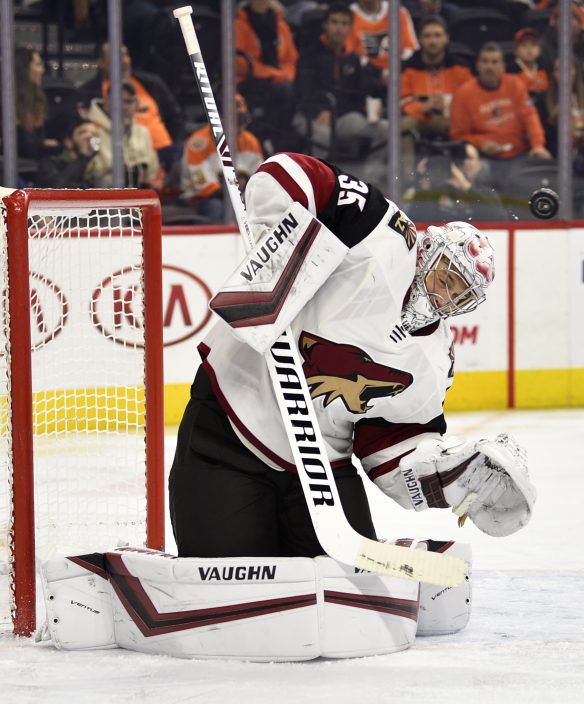 Arizona Coyotes goaltender Darcy Kuemper makes a save on a shot during the second period of an NHL hockey game against the Philadelphia Flyers, Thursday, Dec. 5, 2019, in Philadelphia. (AP PhotoDerik Hamilton)

It was the sixth goal and 17th point in 30 games for the 32-year-old Kessel, who was acquired in an offseason trade with Pittsburgh. He entered the season averaging nearly a point per contest with 823 points in 996 games and a goal in about one in every three games, with 357.

But his numbers have been down this season, something Tocchet attributed partly to a groin injury that hampered Kessel earlier this season. Tocchet also has been happy with the presence of Kessel, who is a three-time All-Star and two-time Stanley Cup champion.

“He’s starting to get healthy,” Tocchet said. “Just has to stick with it.” 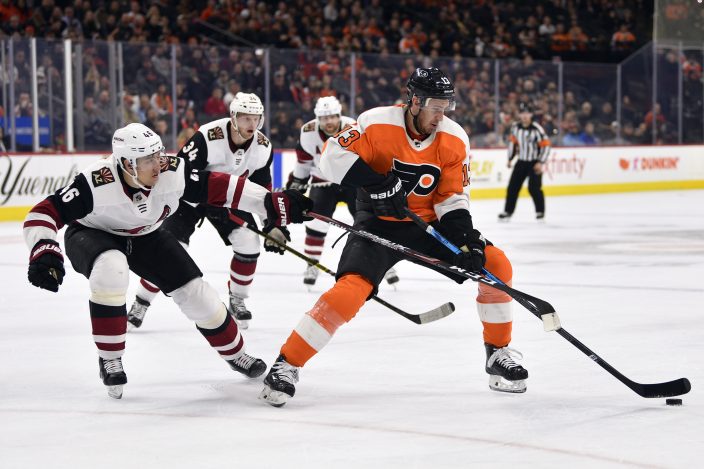 The Flyers had won five in a row and had points in seven straight games (6-0-1). The loss was the second in regulation at home this season for Philadelphia, which dropped to 9-2-4. 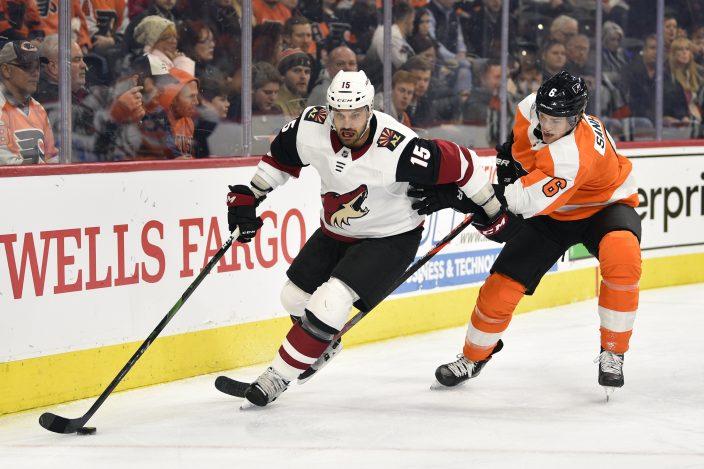 “A 10 for effort — we worked extremely hard — and a seven for execution,” Flyers coach Alain Vigneault said. “We couldn’t find a way to beat their goaltender.”

Kuemper, who entered leading the league averaging at 1.97 goals-against, was on the verge of his third shutout before Niskanen’s score on a long wrist shot that deflected off Garland’s knee and pulled Philadelphia within 2-1 with 4:43 left on the Flyers’ 28th shot.

Kuemper was strong throughout. His best save came with 3:31 left in the second when he dove to his left and stopped Sean Couturier’s attempt from close range. Kuemper also made a good stop on Couturier’s try from the slot with 11:11 remaining. 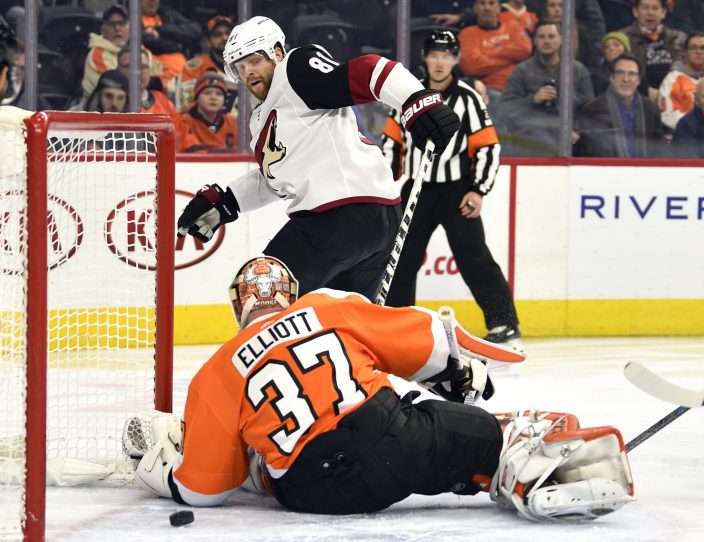 “It’s huge for us to have,” Garland said.

Neither Kuemper nor Kessel were available to talk to the media.

Garland scored his 11th on a follow from left of the crease with 7:03 left to make it 2-0. Jacob Chychrun’s slap shot was saved by Elliott and went off the stick of Christian Dvorak to Garland.

“It works out when everyone’s playing their part,” Garland said. “Just have to finish when you get those chances.

NOTES: The teams will wrap up their two-game season series Jan. 4 in Arizona. … Dvorak has two goals and four assists over his streak. … Arizona, which entered third in the NHL in goals-against as a team, surrendered just its 68th goal of the season. … Philadelphia’s Michael Raffl missed the first contest of what is expected to be a month’s absence after breaking his right pinky finger in Tuesday’s 6-1 win over Toronto.

Coyotes: At Pittsburgh on Friday.

Lebanon at a crossroads after 100 days of protests

When Nazih Khalaf heard that prote ...