This photo gallery highlights some of the top news images made by Associated Press photographers in Latin America and the Caribbean that were published in the past week.

Thousands of Haitian children returned to their classes after months of violent protests against the government shut down schools.

Mexico’s president has said he wants to fight drug cartels with “hugs, not bullets,” but some communities called for a more forceful strategy after 23 people died during gunbattles in the northern border state of Coahuila. 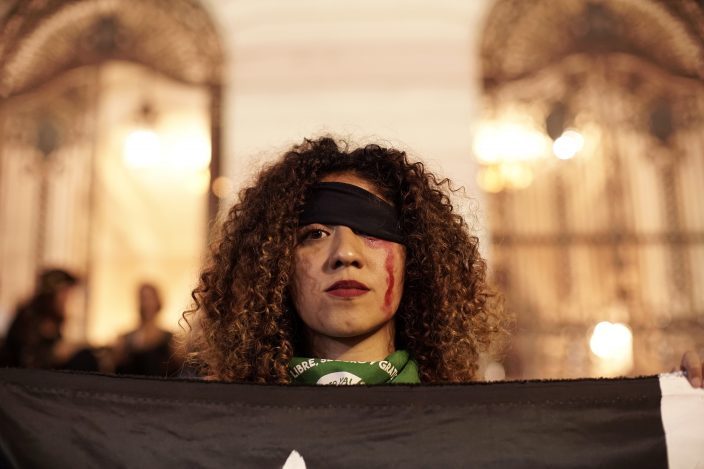 A women takes part in the performing the anthem, "Un violador en tu camino" or "A rapist in your path," in a demonstration against gender-based violence, at Cinelandia Square, in Rio de Janeiro, Brazil, Tuesday, Dec. 3, 2019. The feminist anthem, born in the midst of protests in Chile, continues to expand its popularity throughout the world. (AP PhotoSilvia Izquierdo)

In Chile, thousands of older women dressed in black and red scarves around their necks demonstrated against gender-based violence, chanting “The rapist is you,” a protest song that has gained international attention. 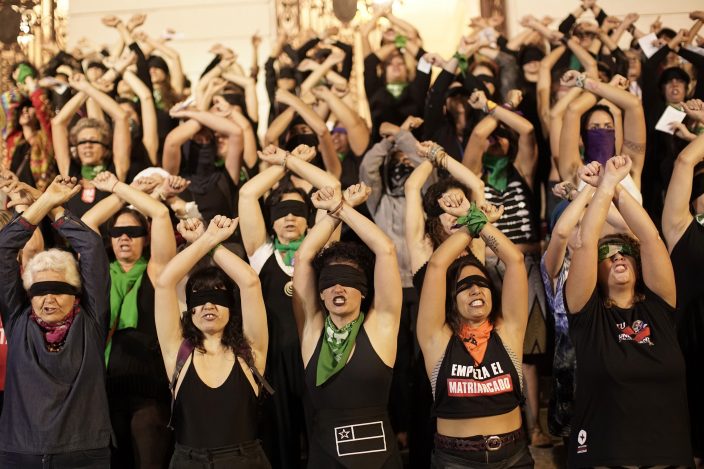 Women perform the feminist anthem, "Un violador en tu camino" or "A rapist in your path," in a demonstration against gender-based violence, at Cinelandia Square, in Rio de Janeiro, Brazil, Tuesday, Dec. 3, 2019. The blindfolded women chant the words that include: "The fault wasn't mine, nor where I was, nor how I was dressed. You're the rapist," originated by the Chilean feminist collective Las Tesis. (AP PhotoSilvia Izquierdo) 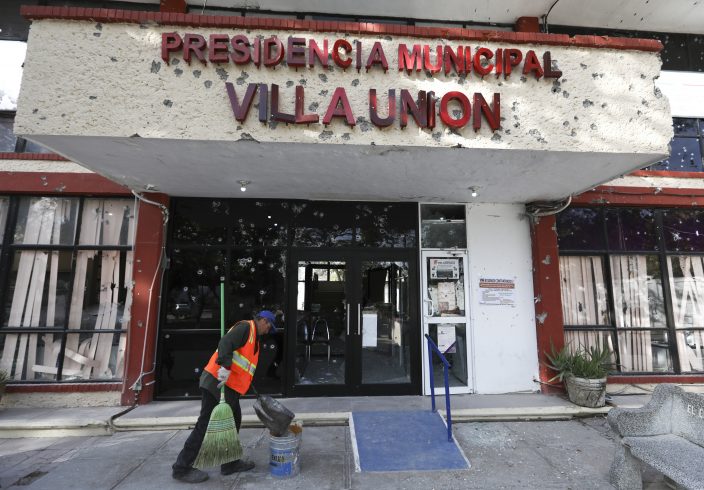 A worker sweeps up outside City Hall riddled with bullet holes, in Villa Union, Mexico, Monday, Dec. 2, 2019. The small town near the U.S.-Mexico border began cleaning up Monday even as fear persisted after 23 people were killed in a weekend gun battle between a heavily armed drug cartel assault group and security forces. (AP PhotoEduardo Verdugo) 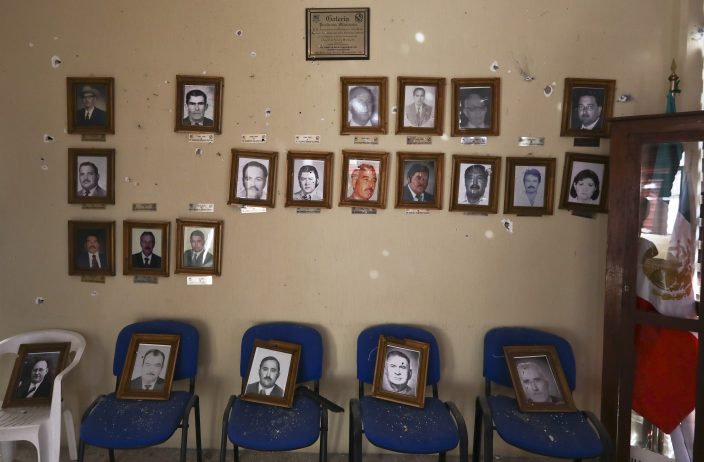 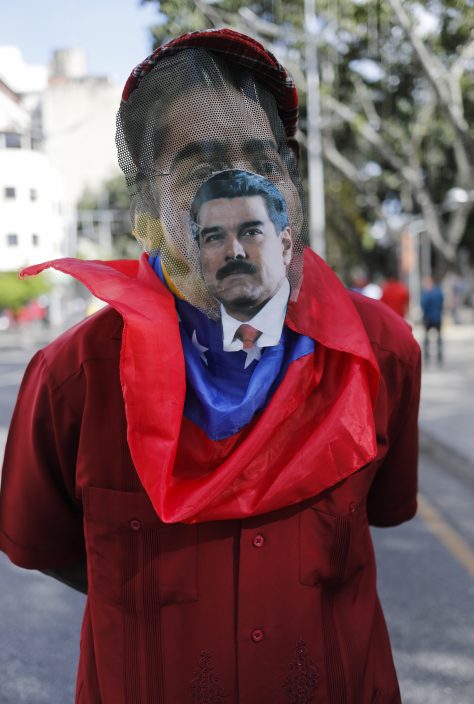 A man wears a make-shift mask with an image of President Nicolas Maduro taped to it, during a pro-government demonstration against TIAR or the Inter-American Treaty of Reciprocal Assistance, in Caracas, Venezuela, Tuesday, Dec. 3, 2019. Representatives from over a dozen nations that are signatories of the Cold War-era defense treaty for the Americas moved Tuesday to further isolate close allies of Maduro with economic sanctions. (AP PhotoAriana Cubillos) 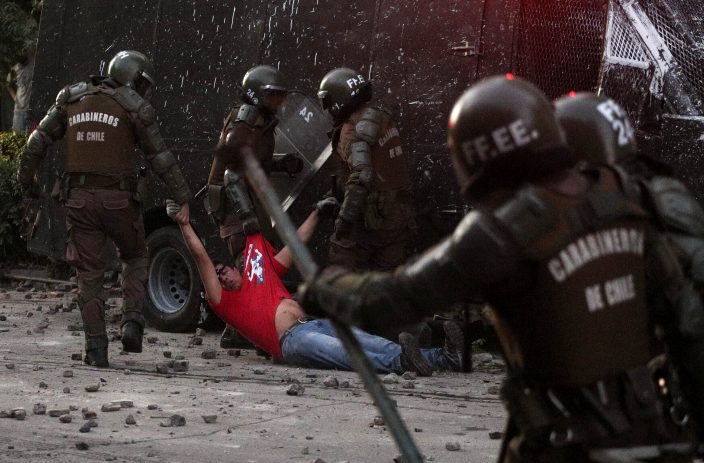 Police drag a detained anti-government protester to a paddy wagon, in Santiago, Chile, Friday, Nov. 29, 2019. Protests sparked by a subway far hike broke out on Oct. 18 and quickly broadened into a social movement demanding greater equality. Most protests have been peaceful, but many evolved into violence, with arson, looting and clashes between masked protesters and security forces. (AP PhotoEsteban Felix) 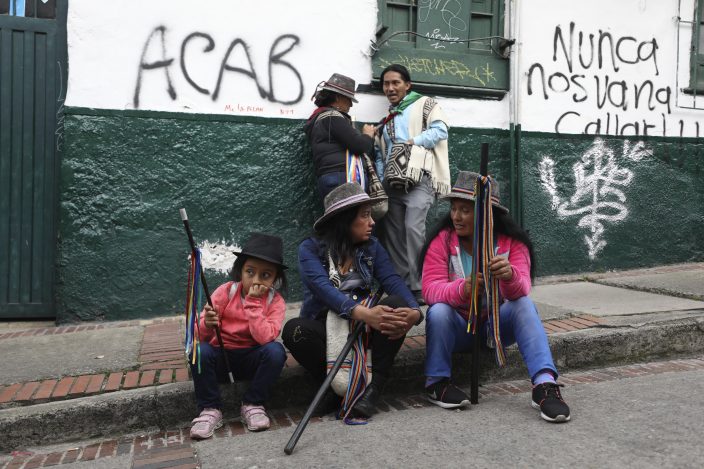 Members of the Indigenous Guard wait for the start of a protest march against President Ivan Duque, in Bogota, Colombia, Friday, Nov. 29, 2019. Duque 's government has agreed to an independent dialogue with labor and student groups that have convoked two national strikes. (AP PhotoFernando Vergara) 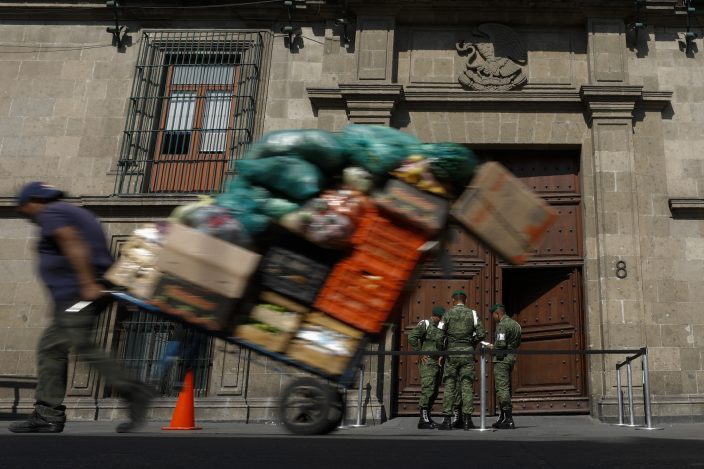 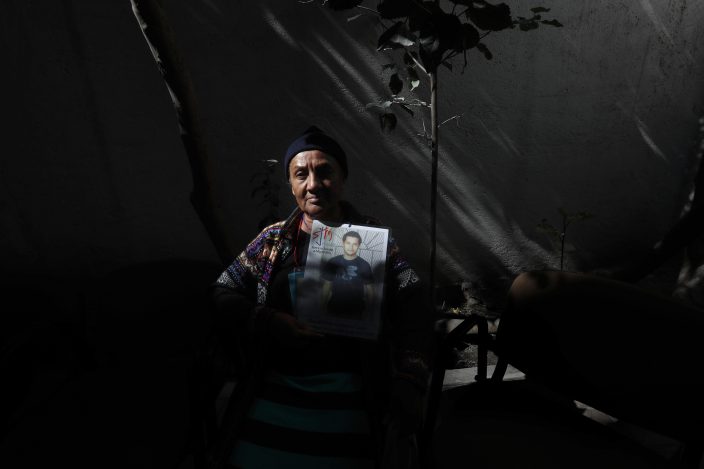 Nicaraguan Vilma Castro holds a photograph of her missing son Elias Gutierrez, during a press conference held by the mothers of disappeared migrants, in Mexico City, Thursday, Nov. 28, 2019. A convoy, mostly comprised of women from Central America, annually travels through Mexico to search for their relatives who left for a better life and then disappeared on their journey to the U.S. (AP PhotoMarco Ugarte) 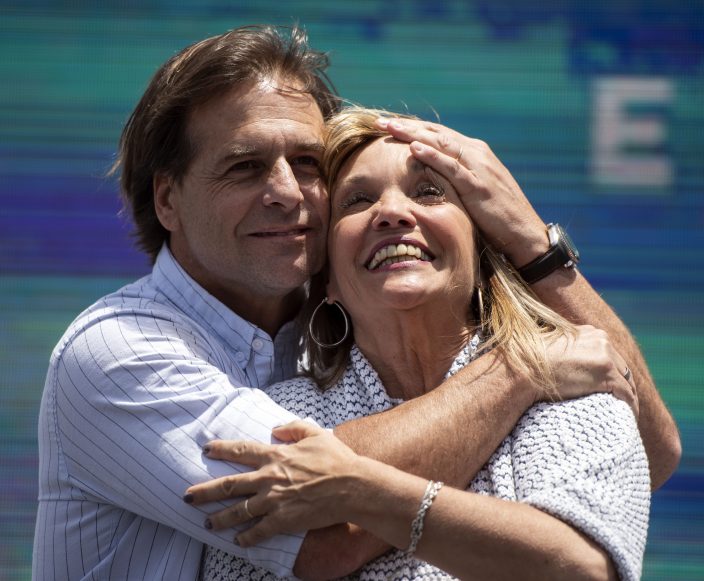