More than 2,000 students and other young people marched in central Athens Friday to mark the anniversary of the fatal police shooting of a teenager that sparked extensive rioting 11 years ago.

Security was tight, with about 3,500 police officers taking up positions around the capital in an attempt to prevent the violence that has marked similar commemorations in past years. Police shut down main roads in the Greek capital's center and closed at least one subway station.

Two marches and a rally were planned in Athens, with similar events in other Greek cities, to commemorate 15-year-old Alexandros Grigoropoulos, who was shot dead by a policeman during a street altercation in central Athens on Dec. 6, 2008. The riots that ensued in Athens and other cities lasted for about two weeks and were the most severe the country had seen in decades. 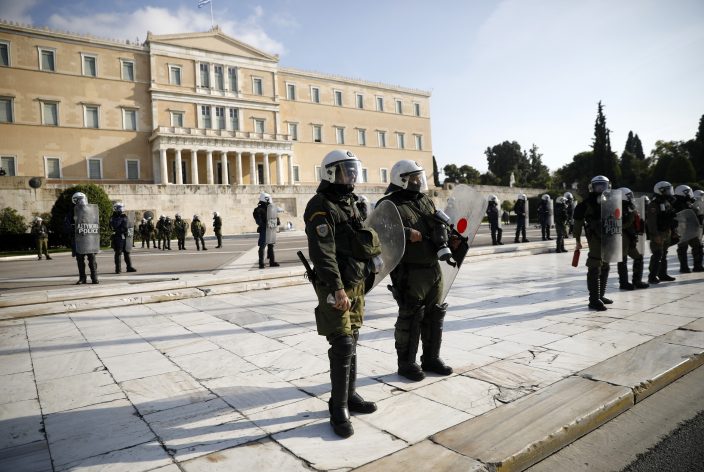 Riot police guard in front of the Greek Parliament during a rally organized by school students in Athens, Friday, Dec. 6, 2019. Authorities are closing off main roads and have tightened security in the Greek capital, on the anniversary of the police's fatal shooting of a teenage boy that caused extensive rioting in 2008. (AP PhotoPetros Giannakouris)

The officer convicted and jailed for the killing was released earlier this year after his sentence was reduced on appeal.

She had next.Her name was Gianna M ...