Former No. 1 and 2018 Australian Open champion Caroline Wozniacki will retire from professional tennis after competing in Melbourne next year.

The 29-year-old from Denmark wrote in an Instagram post on Friday that “she realized that there is a lot more in life that I'd like to accomplish off the court.”

Wozniacki said her decision to stop playing “has nothing to do with my health.” She announced in October 2018 that she has rheumatoid arthritis, an autoimmune condition that can cause pain and swelling in the wrist and other joints. 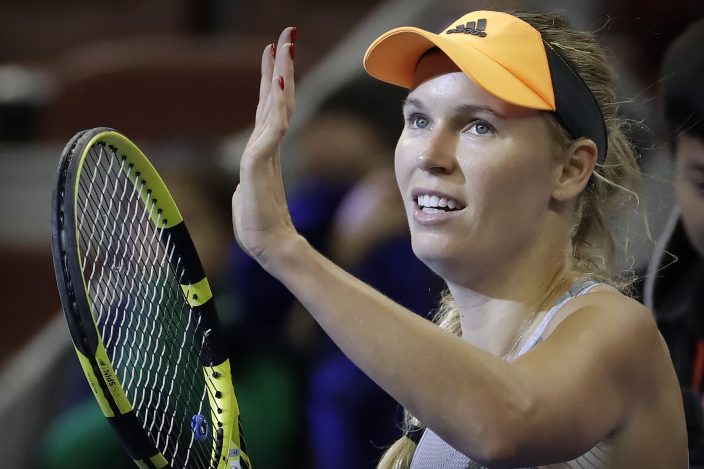 FILE - In this Friday, Oct. 4, 2019 file photo, Caroline Wozniacki of Denmark reacts after beating Daria Kasatkina of Russia in their quarterfinal match in the China Open tennis tournament in Beijing. Wozniacki has announced on Friday, Dec. 6, 2019 she will retire after the Australian Open. (AP PhotoMark Schiefelbein, file)