French ice dancers Gabriella Papadakis and Guillaume Cizeron took the lead in the rhythm dance at the Grand Prix Finals on Friday.

Skating a program with a 1980s retro theme, the Olympic silver medalists scored 83.83 points as they aim to remain unbeaten this season.

Last year's Grand Prix Finals winner, the U.S. pair of Madison Hubbell and Zachary Donohue, was second on 82.72 after their Marilyn Monroe-themed skate. 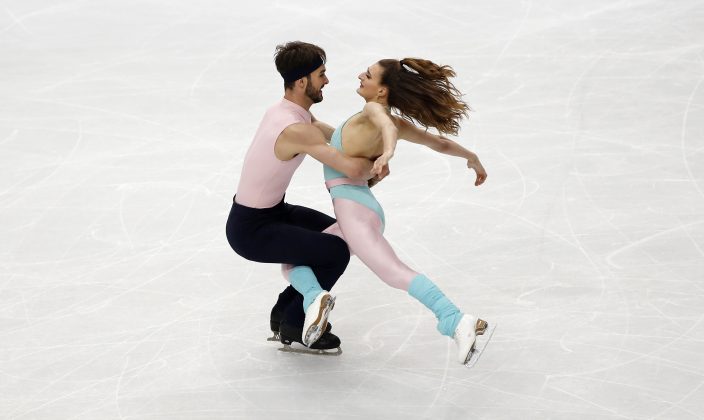 The other American pair of Madison Chock and Evan Bates were third with less than a one-point advantage over two Russian pairs.

The ice dance concludes with the free dance on Saturday.