Czech Republic racer Ester Ledecka, who also competes in snowboarding, made a charge from late in the field for her first World Cup victory on the ski side.

If Ledecka’s surge from back in the pack sounds familiar, it's because Ledecka made a similar run — wearing bib No. 26 — at the 2018 Pyeongchang Olympics when she captured a stunning gold medal in the super-G. She then followed that by winning the parallel giant slalom in snowboarding to become the first athlete to win two golds at the same Winter Games using two different types of equipment.

Ledecka dabbles in both ski and snowboard competitions. Her best finish on the Alpine side before this race was seventh in a 2017 downhill race in Lake Louise. She’s won 17 World Cup races in the snowboard realm. 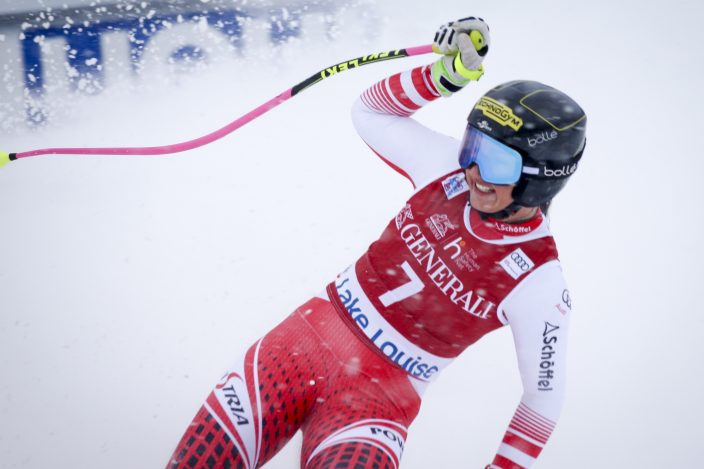