Chris Paul scored a season-high 30 points and the Oklahoma City Thunder pulled off an improbable 139-127 overtime victory over the Minnesota Timberwolves on Friday night.

With Minnesota ahead 121-119 and a second remaining in regulation, Oklahoma City fouled Karl-Anthony Towns. He missed a free throw, then Minnesota was issued a technical foul for a delay of game because Jordan Bell did not have his jersey tucked in when he subbed in.

Danilo Gallinari made the technical free throw for Oklahoma City, then Towns shot his second free throw at the other end. He made it, putting Minnesota up two but giving Oklahoma City a chance at a throw-in. Steven Adams completed a nearly length-of-the-court pass to Dennis Schroder, who made a layup as time expired to force overtime. 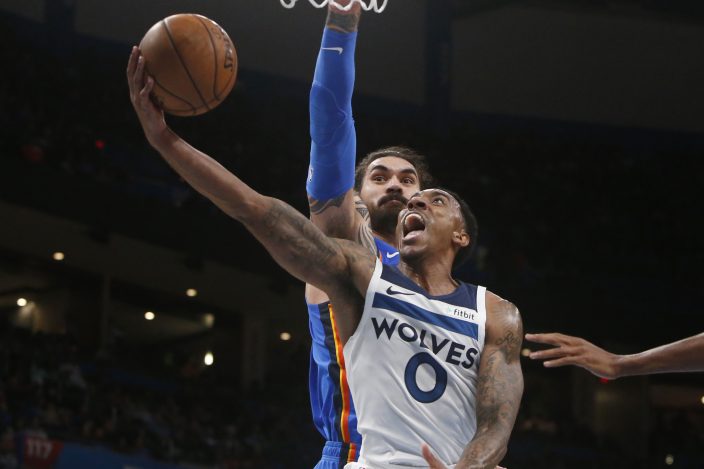 Minnesota Timberwolves guard Jeff Teague (0) goes up for a shot in front of Oklahoma City Thunder center Steven Adams during the first half of an NBA basketball game Friday, Dec. 6, 2019, in Oklahoma City. (AP PhotoSue Ogrocki)

Jeff Teague scored a season-high 32 points, and Towns added 30 for the Timberwolves. 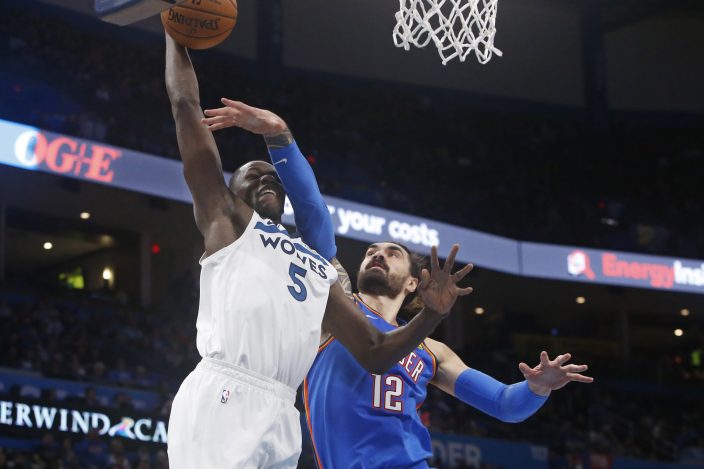 Oklahoma City outscored the Timberwolves 17-5 in the extra period.

Timberwolves: Minnesota committed 13 fouls in the third quarter. .... Minnesota made 2 of 6 free throws in the fourth quarter.

Thunder: Thunder G Abdel Nader got his first start of the season and the third of his three-year NBA career. .... G Terrance Ferguson was out with soreness in his right hip. .... G Deonte Burton served a one-game suspension due to conduct detrimental to the team. ... Made 21 of 22 free throws in the third quarter. 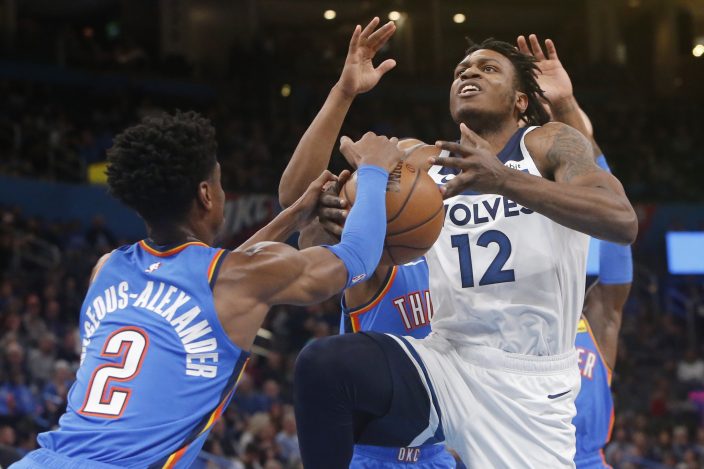 Thunder: At Portland on Sunday.