Son Heung-min ran from one penalty area to the other, brushing past most of the opposition to score a dazzling solo goal as Tottenham beat Burnley 5-0 in the Premier League on Saturday.

Jose Mourinho's side was already leading 2-0 by the time Son jinked across the field.

Son's one-touch assist created the space for Harry Kane's fine fourth-minute opener from 25 yards (meters). It was his break and shot that led to the second. Lucas Moura bundled into the net in the ninth after Dele Alli hooked the ball across the penalty area. 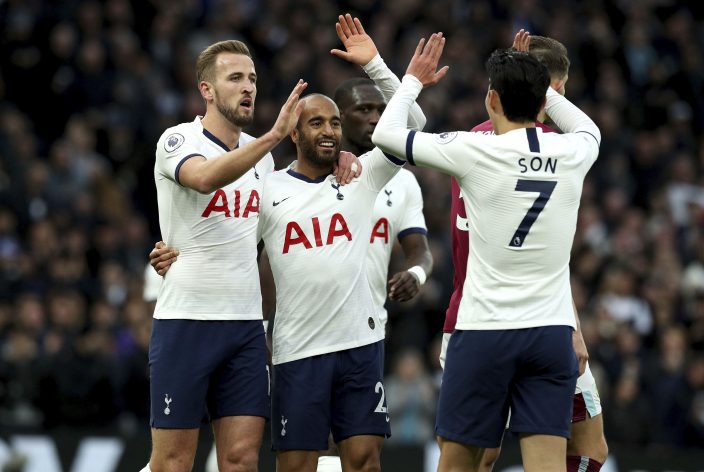 After the stunning third from Son, Kane added a fourth in the 54th, cutting in from the inside left before blasting into the roof of the net.

Moussa Sissoko made up for a first-half miss by prodding home after exchanging passes with Kane for the fifth.

It secured Tottenham's third win in four league games under Mourinho, sending the north London club back up to fifth.

Tottenham leaves it late to beat Burnley in EPL