With its top leader absent, the party of Evo Morales gathered Saturday in the Bolivian city of Cochabamba to start choosing its candidates for new elections called after the resignation and exile of the former president amid protests over vote results.

Morales' Movement Toward Socialism, or MAS, party is divided almost three weeks after Bolivia's first indigenous president, prompted by the military and nationwide protests, left for political asylum in Mexico saying he was the victim of a coup d'état. Critics of the long-ruling leader say he used fraud to win a fourth straight term in office in the Oct. 20 vote.

"Evo is not alone", shouted party militants, mostly from social and indigenous organizations, in a Cochabamba coliseum. 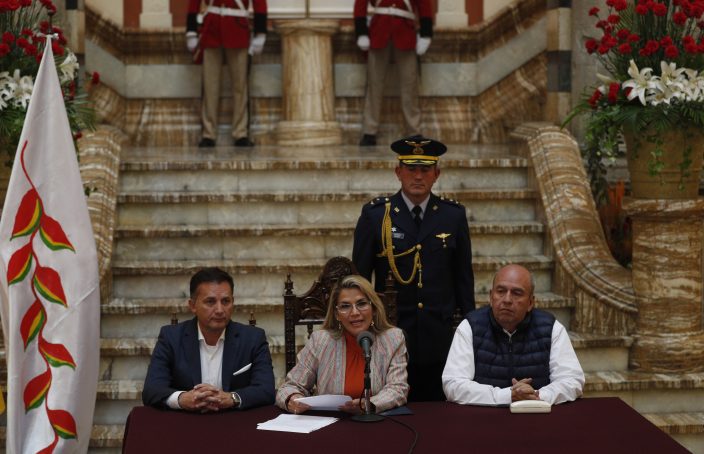 Bolivia's interim President Jeanine Anez, center, speaks during a press conference at the presidential palace, in La Paz, Bolivia, Thursday, Nov. 28, 2019. Accompanied by his Ministry of Defense Luis Fernando Lopez, left, and Government Minister Arturo Murillo, Anez reported today that she has determined to repeal Decree 4078, which authorized the military to participate in public restoration operations without having criminal responsibility for the use of force in situations of need and defense. (AP PhotoJuan Karita)

The date for the new elections has not yet been set.

Morales, who is currently in Cuba for a medical appointment, said via Twitter that “today the people are uniting, organizing and mobilizing to recover democracy and continue the process of change."

MAS president Rimer Ágreda said the gathered delegates will vote to punish members who betrayed the party, apparently referring to party members who didn't back Morales. 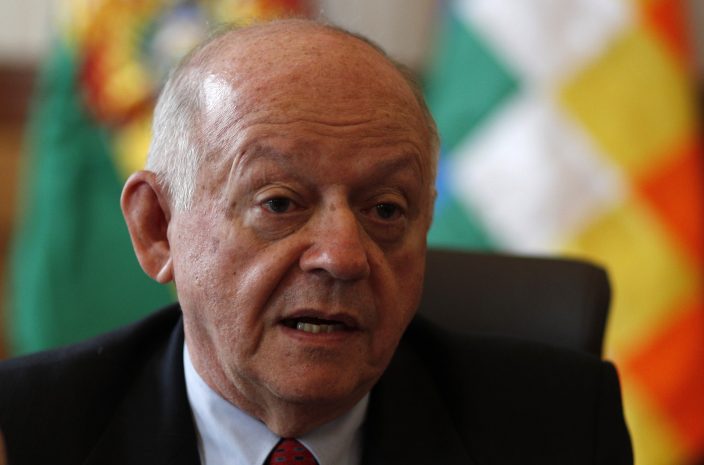 "We have to give a punishment vote to all (those) who are at the service of the U.S. embassy," he added. Morales has said that he was ousted with U.S. support.

Chamber of Deputies president Sergio Choque said Morales will have final say over the candidates chosen. "We will go (the elections) with new candidates coming from the social sectors.

It was unclear how long the candidate selection process would take. 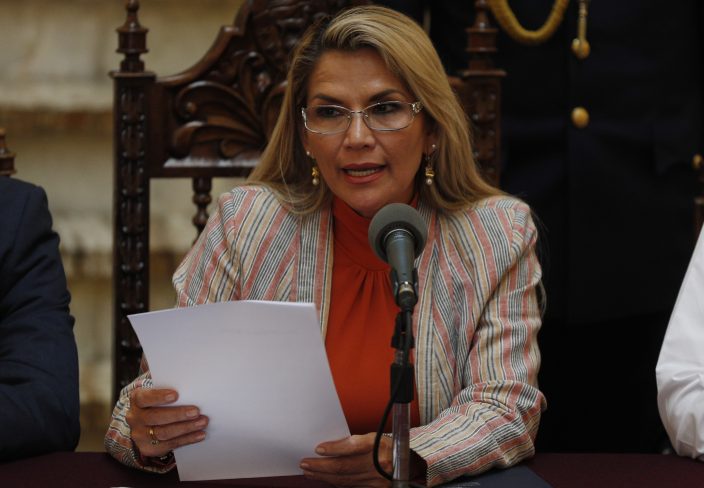 Bolivia's interim President Jeanine Anez speaks during a press conference at the presidential palace, in La Paz, Bolivia, Thursday, Nov. 28, 2019. Anez reported today that she has determined to repeal Decree 4078, which authorized the military to participate in public restoration operations without having criminal responsibility for the use of force in situations of need and defense. (AP PhotoJuan Karita)

Morales left the Andean country on Nov. 11 for Mexico, a day after his resignation. Sen. Jeanine Áñez then assumed the presidency temporarily for 90 days. A consensus of political forces was later reached to call new elections and cancel the Oct. 20 vote, which an Organization of American States report has said with filled with irregularities and manipulation.

On Friday, news emerged that Morales had temporarily left Mexico for Cuba. A former aide did not specify whether Morales made the trip for a routine medical checkup or to treat a specific ailment.

Morales underwent treatment in Cuba in 2017 for nose, ear and throat complaints.

Aid ship with 403 migrants rescued off Libya docks in I ...

A European organization that opera ...

In Bolivia, new leaders emerge in camp of ousted Morales