Previewing potential articles of impeachment, the House Democrats on Saturday issued a lengthy report drawing on history and the Founding Fathers to lay out the legal argument over the case against President Donald Trump's actions toward Ukraine.

The findings from the House Judiciary Committee do not spell out the formal charges against the president, which are being drafted ahead of votes, possibly as soon as next week. Instead, the report refutes Trump's criticism of the impeachment proceedings, arguing that the Constitution created impeachment as a “safety valve” so Americans would not have to wait for the next election to remove a president. It refers to the writings of George Washington, Thomas Jefferson and others to link Trump's actions in his July phone call with Ukraine's president seeking political investigations of his rivals to the kind of behavior that would “horrify” the framers.

“Where the President uses his foreign affairs power in ways that betray the national interest for his own benefit, or harm national security for equally corrupt reasons, he is subject to impeachment by the House,” the Democrats wrote. “Indeed, foreign interference in the American political system was among the gravest dangers feared by the Founders of our Nation and the Framers of our Constitution.” 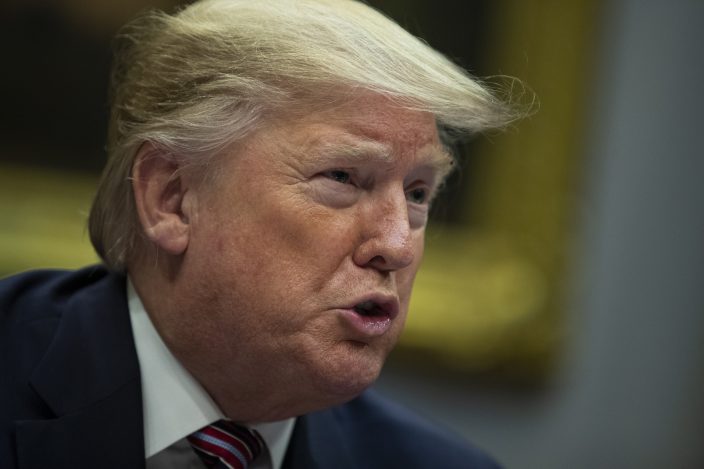 Democrats are working through the weekend as articles are being drafted and committee members are preparing for a hearing Monday. Democrats say Trump abused his power in the July 25 phone call when he asked the Ukrainian president for a favor and engaged in bribery by withholding nearly $400 million in military aide that Ukraine depends on to counter Russian aggression.

Speaker Nancy Pelosi says it's part of a troubling pattern of behavior from Trump that benefits Russia and not the U.S.

Trump has insisted he did nothing wrong. “Witch Hunt!”the president tweeted Saturday morning. He implored his millions of followers to “Read the Transcripts!" of his telephone calls with Ukrainian President Volodymyr Zelenskiy to judge for themselves. 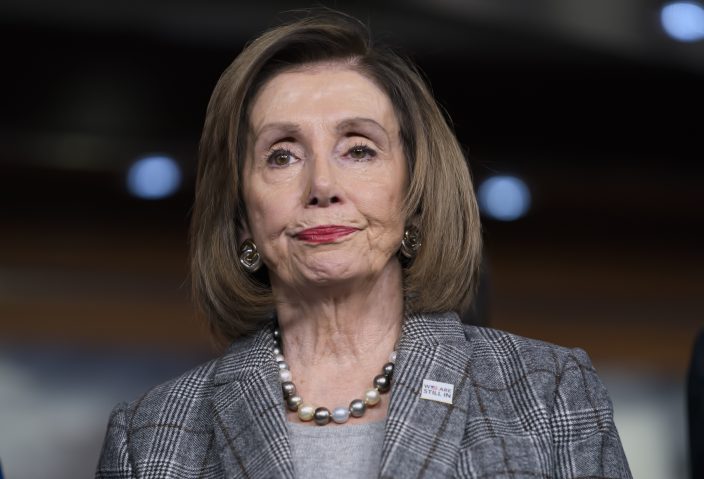 Speaker of the House Nancy Pelosi, D-Calif., stands during a news conference on climate change at the Capitol in Washington, Friday, Dec. 6, 2019. House Democrats are moving swiftly to draw up articles of impeachment against President Donald Trump, with Pelosi saying Trump abused his power in the Ukraine matter and violated the Constitution, insisting the president "leaves us no choice." (AP PhotoJ. Scott Applewhite)

The articles of impeachment are likely to encompass two major themes — abuse of office and obstruction — as Democrats strive to reach the Constitution's bar of “treason, bribery or other high crimes and misdemeanors.''

“President Trump abused his power, betrayed our national security, and corrupted our elections, all for personal gain. The Constitution details only one remedy for this misconduct: impeachment,” Nadler said in a statement. “The safety and security of our nation, our democracy, and future generations hang in the balance if we do not address this misconduct. In America, no one is above the law, not even the President.” 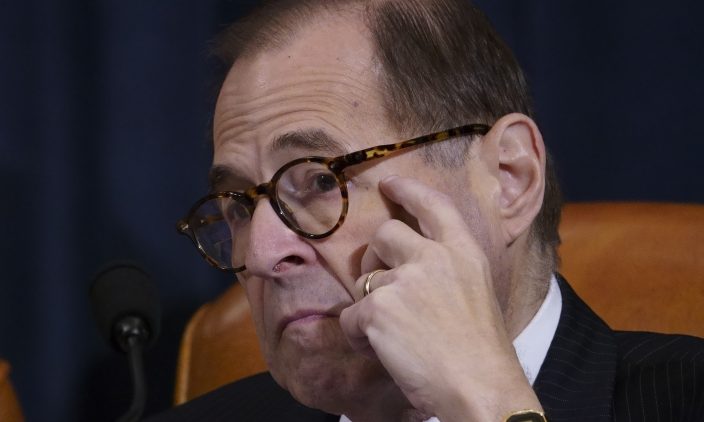 The report released Saturday is an update of similar reports issued during the Richard Nixon and Bill Clinton impeachments and lays out the justification for articles under consideration, including abuse of power, bribery and obstruction.

It does not lay out the facts of the Ukraine case, but it hints at potential articles of impeachment and explains the thinking behind Democrats' decision to draft them. Without frequently mentioning Trump, it alludes to his requests that Ukraine investigate Democrats, a move he believed would benefit him politically, by saying a president who "perverts his role as chief diplomat to serve private rather than public ends" has unquestionably engaged in the high crimes and misdemeanors laid out in the Constitution. That is true "especially" if he invited rather than opposed foreign interference, the report says.

The report examines treason, bribery, serious abuse of power, betrayal of the national interest through foreign entanglements and corruption of office and elections. Democrats have been focused on an overall abuse of power article, with the possibility of breaking out a separate, related article on bribery. They are also expected to draft at least one article on obstruction of Congress, or obstruction of justice.

In laying out the grounds for impeachable offenses, the report directly refutes several of the president's claims in a section called "fallacies about impeachment," including that the inquiry is based on secondhand evidence, that a president can do what he wants to do, and that Democrats' motives are corrupt.

"The President’s honesty in an impeachment inquiry, or his lack thereof, can thus shed light on the underlying issue," the report says.

In pushing ahead with the impeachment inquiry, Democrats are bringing the focus back to Russia.

Pelosi is connecting the dots — “all roads lead to Putin," she says — and making the argument that Trump’s pressure campaign on Ukraine was not an isolated incident but part of a troubling bond with the Russian president reaching back to special counsel Robert Mueller’s findings on the 2016 election interference.

“This isn’t about Ukraine," she explained a day earlier. "'It’s about Russia. Who benefited by our withholding of that military assistance? Russia."

It's an attempt to explain why Americans should care that Trump pushed Ukraine to investigate rival Joe Biden while withholding the military aid that Congress had approved.

At the same time, by tracing the arc of Trump's behavior from the 2016 campaign to the present, it stitches it all together. And that helps the speaker balance her left-flank liberals, who want more charges brought against Trump, including from Mueller’s report, and centrist Democrats who prefer to keep the argument more narrowly focused on Ukraine.

Pelosi and her team are trying to convey a message that impeachment is indeed about Ukraine, but also about a pattern of behavior that could stoke renewed concern about his attitude toward Russia ahead of the 2020 election.

Late Friday, White House counsel Pat Cipollone informed the Judiciary Committee that the administration would not be participating in upcoming hearings, decrying the proceedings as "completely baseless."

And Trump's campaign announced new rallies taking the case directly to voters — as well as a new email fundraising pitch that claims the Democrats have “gone absolutely insane."

"The Democrats have NO impeachment case and are demeaning our great Country at YOUR expense," Trump wrote in the email to supporters. “It's US against THEM.”

There is still robust internal debate among House Democrats over how many articles to write and how much to include — and particularly whether there should be specific mention of Mueller's findings from his two-year investigation into Trump's possible role in Russia's 2016 election interference.

The special counsel could not determine that Trump's campaign conspired or coordinated with Russia. However, Mueller said he could not exonerate Trump of obstructing justice in the probe and left it for Congress to determine.