Defending Italian champion Juventus slipped to its first Serie A loss this season, a 3-1 defeat at the hands of Lazio on Saturday.

Luiz Felipe, Sergej Milinkovic-Savic and Felipe Caicedo all scored at the Stadio Olimpico as Lazio recovered from an early goal from Cristiano Ronaldo, lifting Simone Inzaghi's side to within three points of second-place Juventus.

Inter Milan has a two-point lead over the Bianconeri. 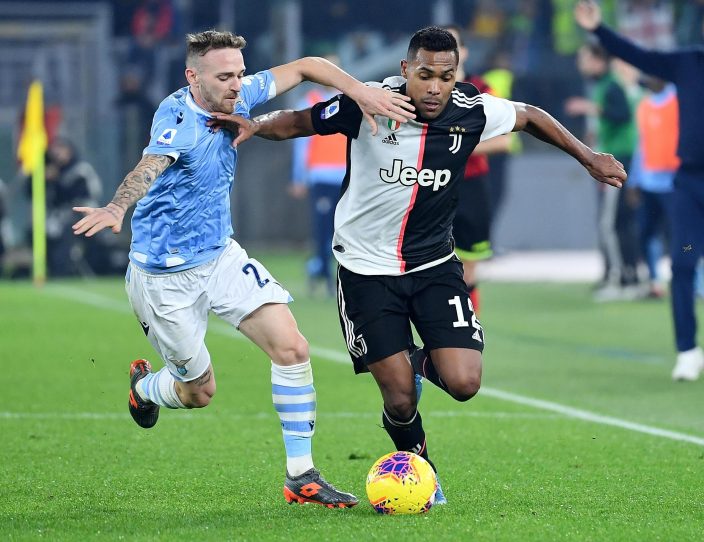 Ronaldo put the visitors in the lead after 25 minutes from close range after Rodrigo Bentancur's assist but Juve's defense was caught off guard on a corner kick just before the interval as Felipe equalized.

Milinkovic-Savic's 74th minute goal came after Juan Cuadrado was sent off for bringing down Manuel Lazzari in the 69th. The Serbian player was set up by Luis Alberto's assist over the Juventus defense and scored with a low shot past goalkeeper Wojciech Szczesny.

The former Arsenal goalkeeper was faultless five minutes later when he made a double save to deny Ciro Immobile's penalty kick. Szczesny parried away Immobile's effort then made an acrobatic save when the league's top scorer volleyed back from the rebound. Carlo Ancelotti's future as Napoli coach is uncertain after his team failed to beat Udinese on Saturday in Serie A.

The 1-1 draw extended Napoli's winless run to nine matches in all competitions. Piotr Zielinski saved Napoli with a late goal that salvaged a point for the visitors.

Amid reports that Ancelotti could soon be fired, Napoli, which had won its last six league matches against Udinese, went a goal down after a counterattack which was finished by Kevin Lasagna in the 32nd minute.

Napoli improved after Fernando Llorente replaced an uninspired Lorenzo Insigne in the second half. It equalized after a good combination between Dries Mertens and Zielinski, who wrongfooted the Udinese 'keeper with a shot into the bottom corner.

Also, Atalanta twice came from behind after Samuel Di Carmine's two goals to beat Hellas Verona 3-2 with a late winner from Berat Djimsiti, who volleyed home from close range.

Precious win for 5-star Sampdoria in Serie A

Milan held by Sampdoria to 0-0 in Ibrahimovic's return